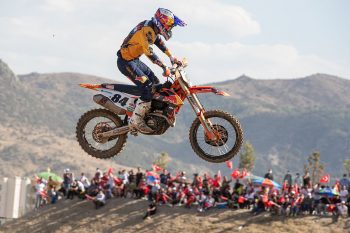 Jeffery Herlings emerged victorious in the MXGP of Turkey to lead a Red Bull KTM 1-2 overall ahead of teammate Jorge Prado, as Tom Vialle claimed victory in MX2.

Herlings charged through the field to win the opening moto ahead of Prado before another comeback in moto two saw the Dutchman finish P2 ahead of Prado in third.

Current red-plate holder Tim Gajser (Team HRC) was sixth in the first outing, however, bounced back to take victory in the second race landing him third overall behind Herlings and Prado, first and second respectively.

After eight rounds Gajser now holds a 13 point advantage over Prado in the championship, with Febvre only a further four points behind in third. 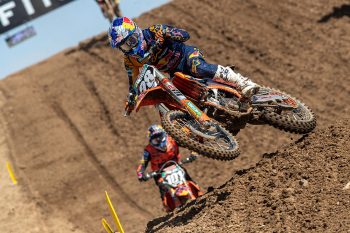 Monster Energy Yamaha-mounted Renaux notched a fourth in race one followed by a victory in the second moto to extend his championship lead to 37 points.

Completing the top five were Italian MX2 rookie Mattia Guadagnini in fourth (2-4) and Rene Hofer (5-5) in fifth overall for the weekend.

Australian Wilson Todd (Bike It MTX Kawasaki) experienced an uplift in form, finishing 11th in the first race before a stronger seventh in moto two elevated him to eighth overall.

In WMX it was defending champion Courtney Duncan who won the overall courtesy of 2-1 results ahead of Kiara Fontanesi (1-2) in P2 and Nancy Van De Ven in third.

Team Honda 114 Motorsports’ Tahlia O’Hare ended the day 11th, the Australian scoring an 11th in moto one followed by tenth in moto two.

The MXGP World Championship will resume in less than two days time, with the second event of the Turkish doubleheader commencing on 8 September. 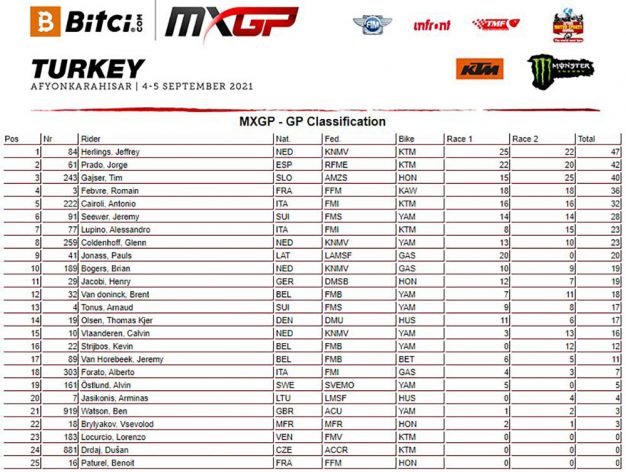 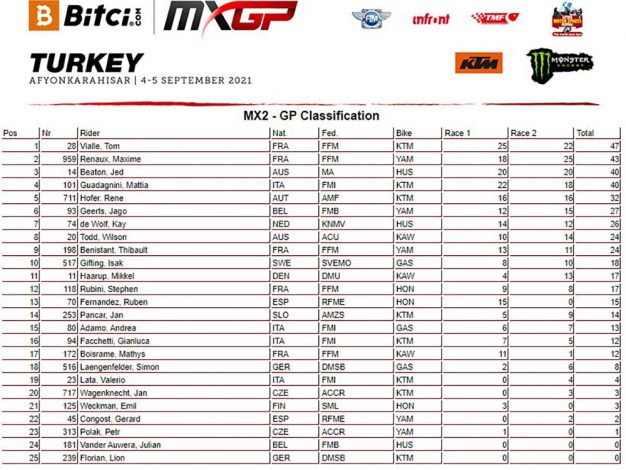 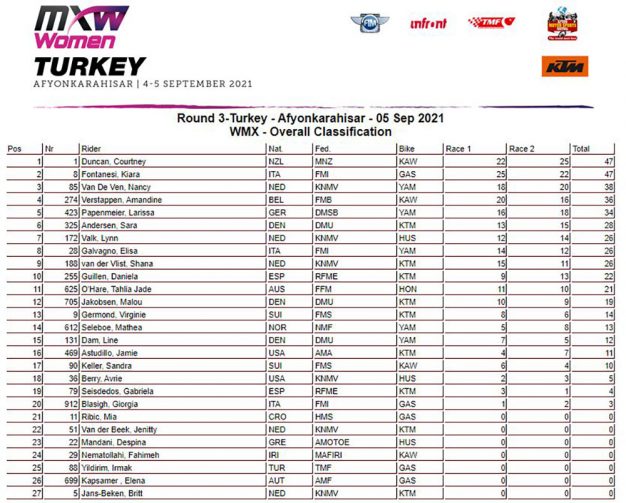