Driving force behind Rockhampton event on another successful outing.

Yamalube Yamaha Racing head mechanic Mike Ward is the driving force behind the increasingly popular King of Capricorn motocross event that was held in Rockhampton, Qld over the weekend. The $38,000 prize money has established the King of Capricorn as the biggest prize purse in Australia and attracted 400 riders, including a healthy number of Queensland-based pros. MotoOnline caught up with Ward soon after he returned home to Brisbane to get his take on a successful weekend. 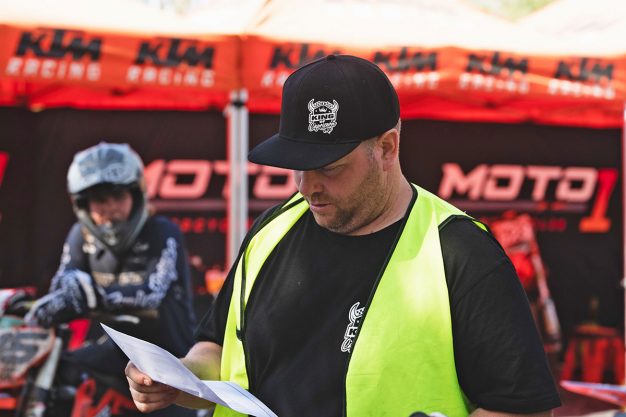 Mike, the weekend sounds like it was incredibly successful for you. Have you had much of a chance to reflect?

It really was a great weekend. I worked until midnight every night from last Tuesday and only got a chance to reflect on everything on the drive home on Monday. I’m already planning on how we can make next year’s event even better. I’ve always had a vision of running an East Coast version of the Manjimup 15,000 and creating a special event for people on this side of the country. Obviously, Manjimup has a lot of heritage attached to it, but we’ve been able to look at what they do and create a unique event over here, on one of my favourite tracks.

From what we understand, you don’t make any money from running this event, but put everything back into prizemoney and the running costs. Is that correct?

That’s right – I don’t make a cent from it, and I don’t want to. The industry has given me a job for so long. I lost my mum last November and you always hear people say ‘you take nothing to your grave’, and nothing rang more true at that moment. My money and payback was everyone saying that the event was so cool for moto. Yamaha pays my bills, so I don’t need to run events to make money, and I’m not trying to – and I don’t want to – run a national. The team is simply myself, and Peter and Debbie Dark, who run the Rockhampton and District Motocross Club.

How big was the prize purse this year, and where did that money come from?

This year the prize pool was $38,000, which is a step up from $20,000 when we started last year. The aim is to have a $50,000 prize pool within three years, so we’re on track for that. All of the 38 grand came from sponsors, but we do things a bit differently: I don’t want naming rights sponsors dictating what we can and can’t do, so we offer all sponsors a package to a maximum of $2,500, but it comes down to what they can afford. They can then use the event however they wanted to promote their company. It works really well, and meant we could offer prize money right back to 15th, so there were privateers walking away with cash who would’ve never made money before. With Rocky creeping up in to the mining area, we attracted both industry and outside-of-industry sponsors. We then had about 5,000 people through the gates over the weekend, so that meant we had $25-26,000 to put towards the ambulances, paying flaggies, and general running costs. 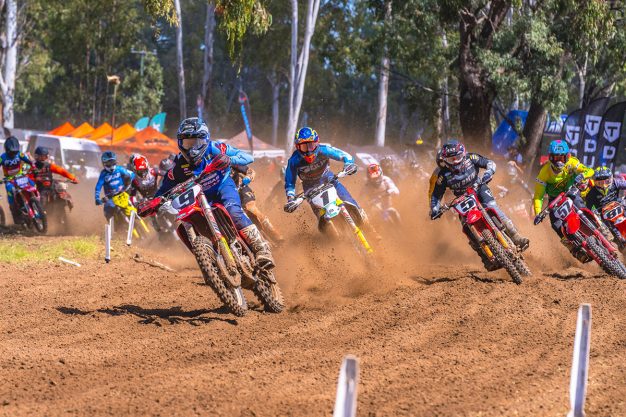 The King of Capricorn class was stacked, with a lot of riders featuring in the Penrite ProMX Championship points. You must be pleased with how well the event has been received by the racers.

Definitely, although I do want to emphasise there were about 10 serious pros out of the 400 entries, and I want to cater for the other 390 others, make sure there are clean showers and toilets, a range of food options, that sort of thing. It was great to see that of those 400 entries, about 300 of them were camping. I feel that the family camping and racing culture is disappearing in Australia, so it was great to have everyone pitting together and creating that special atmosphere. Jesse Dobson now wants to build some pushy jumps for the kids next year. At the meet-and-greet on Friday Toddy (Waters), Kirk Gibbs and the boys ran out of posters to give away, which rarely happens even at the Nationals these days. Those guys were amazing the kids with running races, wheelie comps on pushies, and wheelbarrow races. It’s all really simple stuff, but it makes a big difference and builds that sense of community. The top racers need to do more to be ambassadors for the sport, so that it grows, and then they make more money. Eventually it all filters down. If everyone is in it together, motocross will continue to get stronger

How did it feel running such a big event successfully when half the country in lockdown? I’m assuming you were watching the news pretty closely with everything that’s happening across the border.

I think it takes a lot more work to postpone events, and I feel for Motorcycling Australia in that regard. For us though, we decided that we wouldn’t collect the sponsorship money until the last minute, then pay it straight back to the riders, and if the event didn’t go ahead, all the riders would’ve been fully refunded. That way, the only thing wasted was the Dark’s and my own time. It would’ve been cool to have had Kyle Webster, Hayden Mellross and some of the other boys up racing, but that just wasn’t possible for them, unfortunately. With the current situation, I’d be scared to be a supercross promoter, as things can get shut down at such short notice, like what happened at Coolum a month or so ago.

You’ve mentioned a few times that the King of Capricorn is going to keep continuing. What did you learn from this year and what will be improved in 2022?

I think next year we’ll see some improved facilities at the track. RADMX is a very small club, and MX Store, which runs the Wreckers to Checkers, is divvyng up the proceeds from that initiative to help Australian clubs. They’re going to support the Rocky club to install a second shower on the other side of the pits. Next year we might try and get a live band for Saturday to help build the atmosphere. The racing side of things was really good, as we mix up the formats to keep things interesting, have a Dash for Cash for the 11th to 20th qualifiers, and a Super Pole race. One thing we might change next year is to move the feature knockout race from the end of Sunday when everyone is tired, to a lunchtime slot, and make it a feature race within the King of Capricorn title. There are lots of things we can do to improve and I really appreciate receiving constructive criticism from others in the industry, so that we can keep growing this thing.