Uncertainty remains when the 2021 championship will commence. 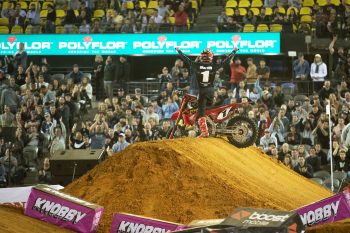 The Australian Supercross Championship has officially been placed on hold for 2021 as series organiser AUS SX Holdings announce a multi-year naming-rights partnership.

It was initially set to commence on 16 October in Queensland and spanning through November with events in South Australia, Western Australia, New South Wales and Victoria.

Now, with the delayed Penrite ProMX Championship – also currently on hold – anticipated to extend into November at least, there will be limited time for AUS Supercross to take place following that. Overlapping the two series has been a consideration, but appears unlikely.

With the covid-19 delta outbreak resulting in severe restrictions that will extend through September in Greater Sydney, there is currently no timeline on the supercross series dropping the gates for this season – a schedule ‘expected to be released in the coming weeks’.

“It’s obviously been a tough period for everyone and for Supercross fans it’s been no different,” commented AUS SX Holdings’ Adam Bailey. “We felt like as a championship we were hitting our straps in 2019, culminating with 35,000 fans inside Marvel Stadium, so it was a huge shame to miss out on backing that up in 2020.

“The beauty of this break though is that we’ve been able to put two years of work into relaunching the Fox Australian Supercross Championship. We have a number of contingency plans in place and a live schedule that we will announce once we have certainty around the latest covid-19 outbreak to see this all-new championship come to life.”

It’s been revealed that Fox Racing has secured the naming-rights in a strategic multi-year arrangement, resulting in a rebrand of the Australian Supercross Championship ahead of a potential 2021 series taking off later in the year.

“To say that we’re excited to be partnering with a global and iconic brand like Fox is a massive understatement,” added Bailey in welcoming the global brand to the series.

“Fox is synonymous with dirt biking globally – their ability to build and market a brand is second to none. We can’t wait to see what we can do together with supercross in Australia.”

Given the growth, awareness and credibility of Australian Supercross on the global scale, Fox global director of marketing, Mikey Rangel, sees the partnership as another story in its decorated history, both in Australia and abroad.

“The team at Fox is beyond excited and grateful for the opportunity to partner with the Australian Supercross Championship,” Rangel explained.

“The work Adam and the crew have done to drive a premier race experience through this series is admirable. We’re eager to kick off further collaborative efforts to celebrate supercross in Australia with our activations on-site, presence in the domestic marketplace and through Fox’s global platforms.” 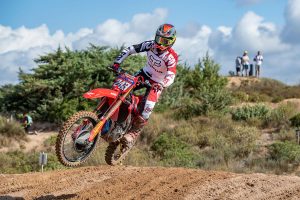