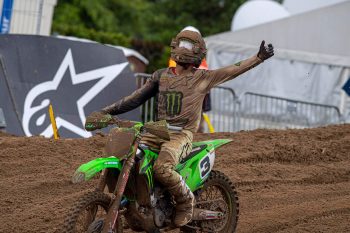 Monster Energy Kawasaki’s Romain Febvre has taken a critical first victory of the season at the MXGP of Flanders-Belgium to close in on the 2021 championship lead, as Jago Geerts won the MX2 overall.

Febvre took the holeshot in the opening moto, eventually finishing the race in second after a late crash. He then recovered from an early crash in moto two to storm to both the moto and overall wins.

Jeffrey Herlings (Red Bull KTM Factory Racing) made a heroic return from injury to capture the opening moto victory, before a fifth in the second moto saw him finish the Belgian GP second overall.

Pauls Jonass scored GASGAS Factory Racing its first overall podium of the season in third. A fourth in moto one followed by a strong second in moto two saw the Latvian finish just shy of second overall on 40 points.

Rounding out the top five were Red Bull KTM Factory Racing duo Jorge Prado and Tony Cairoli, with the pair finishing fourth and fifth respectively with 6-3 and 3-7 results.

Another challenging round for Tim Gajser (7-4) sees the championship standings tighten, with Gajser on 226 points, Febvre jumping to second on 221, Cairoli on 217 in third with Prado in fourth on 212. Herlings stays in the hunt in fifth on 184 points. 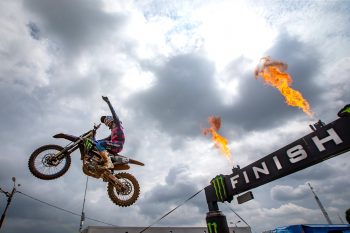 In third was championship leader Maxime Renaux (Monster Energy Yamaha Factory Racing), who limited the loss to his points lead by recording 2-3 results, finishing ahead of teammate Thibault Benistant in fourth.

Completing the top five was Australian Jed Beaton (Rockstar Energy Husqvarna), with 8-5 finishes seeing him end the day on 29 points. Of the other Australians, Wilson Todd (Bike IT MTX Kawasaki) had a difficult day where he didn’t finish the opening moto, before finishing the second moto in 23rd.

On Saturday, Bailey Malkiewicz (Hutten Metal Yamaha) ended the day in EMX250 30th overall (35-26) as he continues to recover from a knee injury, while in the WMX championship Tahlia O’Hare (Honda 114 Motorsports) finished 19th in the opening moto before an improved moto two saw her cross the line in 12th, resulting in 14th overall.

The next stop on the MXGP World Championship schedule is Kegums on 8 August, which will host the MXGP of Latvia and marks round seven of the season. 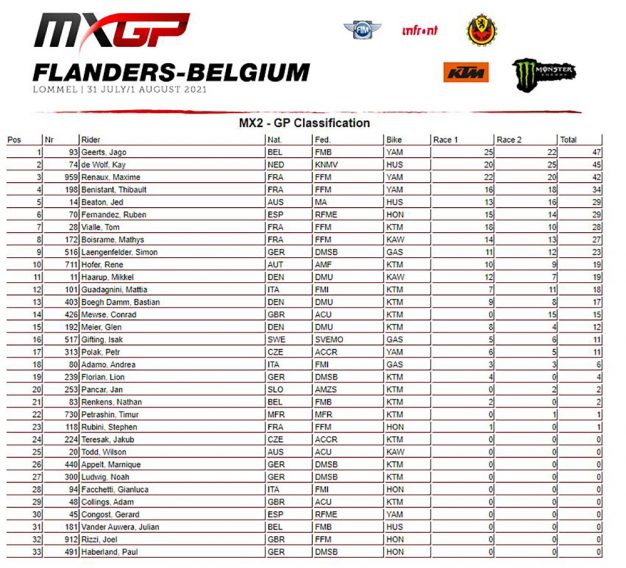 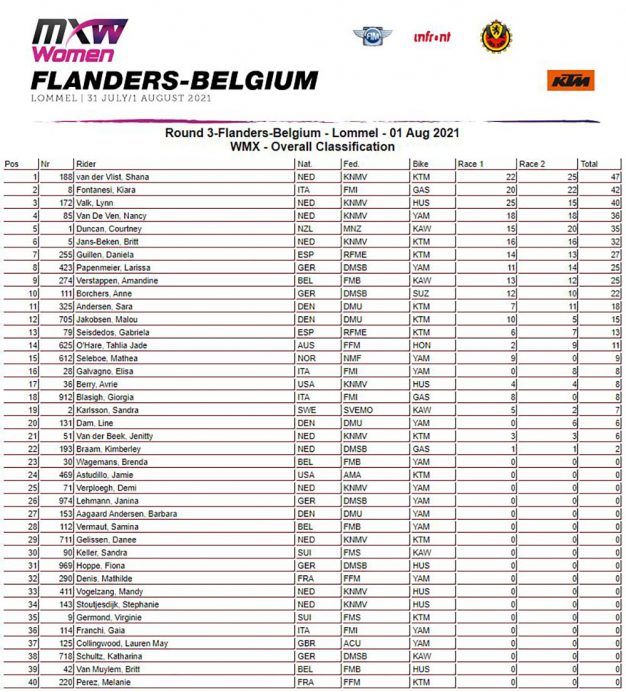