Afyonkarahisar to host pair of consecutive grands prix in September. 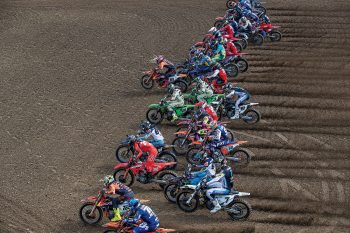 The 2021 MXGP World Championship will host two rounds in Turkey, the double-header to take place at the Afyonkarahisar circuit.

Afyonkarahisar is still quite new to the MXGP calendar, having hosted two GPs in 2018 and 2019, with Jeffrey Herlings winning on both occasions.

During the COVID-19 pandemic, Turkey has successfully managed and kept the virus under control and therefore it has been decided to hold one more round of MXGP in Afyonkarahisar. The round will take place instead of the previously-cancelled Swedish GP.

This year’s Turkish Grand Prix will host the first double-header of 2021 under the auspices of the Presidency of the Republic of Turkey. The MXGP of Turkey will go ahead as originally planned on 5 September, while the second event, the MXGP of Afyon will take place mid-week on Wednesday, 8 September.

Along with the MXGP and MX2 races, the Turkish double-header will also see rounds of the Women’s Motocross World Championship, in addition to the EMXOpen and EMX2T categories.