Podium in The Netherlands sets Australian up for stronger mid-season.

Fresh from picking up his first podium of the 2021 MX2 World Championship season at Oss in The Netherlands, Rockstar Energy Husqvarna’s Jed Beaton is on target to get his year back on track. MotoOnline spoke to him about that and more in Five Questions. 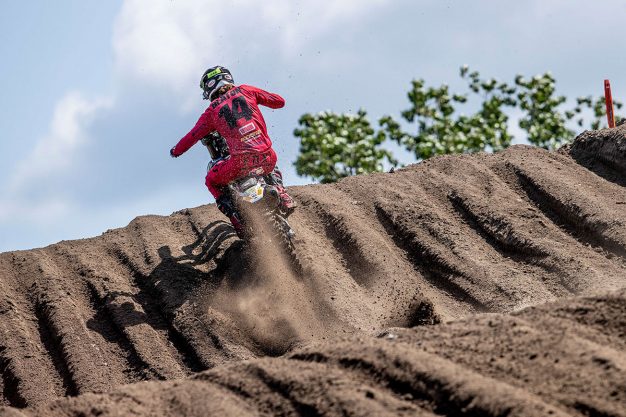 How did you feel after finishing second overall in The Netherlands?

Yeah, it was obviously great, always nice to get a podium and be back up there. Most of all it was just quite good to turn things around. It’s been a pretty struggling start to the season for me, a little bit of an injury in the off-season straight before the season started off, so all in all it’s good to get back and be riding the way that I know how to ride and be in the positions that I train hard for. Honestly, it’s just a big relief, but all in all normally I’d be so pumped about a podium and second overall, but, yeah, this time I was… I’m not actually disappointed at all but, yeah, what could have been if I had some good starts and been up there at the front straightaway. I wouldn’t say I’m disappointed, but I just felt like if I had a little bit more in me and that it could have made a bit better but anyway it is what it is and I’m happy to take big steps in the right direction.

What can we expect from you for the rest of the season now you have that confidence and momentum on your side?

Yeah, obviously I can’t predict the future, but my goal is to just go out and give 110 percent every time I’m on the track and I felt like this weekend I was capable of doing that both races. Like I said, from the first couple of rounds, I felt like I had maybe one good race in me but then I was tired for the second one for a little bit of lack of bike time, but, honestly this weekend I felt myself again and my goal is to just going out and give 110 percent every time, get some good starts and just be up there in good position at the start and be able to fight for the top spots. And ultimately, yeah, I just want to be solid and have some consistent results from here on out and I think in the end of the day, that’ll put us in a good position to be in a fight for the title at the end.

Why did it take some time to bring things together? You did mention the pre-season injury…

The first round I got shocking starts and I was riding with a broken finger and some broken ribs in my back, so my goal was to just get through those first couple of rounds and, honestly, I wanted to get some solid points, but things just weren’t going my way. I was in the mid-pack on the start and just shit happening everywhere for me, so I didn’t give myself the best opportunity to get some solid results there. I was in all the carnage as you’d say, like mid-pack and, yeah, I just was in the wrong place at the wrong time most of the time. I felt like, ‘ah, it’s just not clicking for me at the moment, it’s just not working out’. Everything that I was trying, I was… I don’t know. I felt good at the second round and then I had that big crash and I nearly knocked myself out and I was pretty dizzy. For that one lap I ended up getting up and then falling straight back over halfway around that lap, so I ended up pulling out. It was just a little bit of damage control the first couple rounds just because of multiple reasons, so I think ultimately that’s the reason. There’s no excuse. Obviously the results sucked and I know that that’s not what I’m capable of, but that’s just how I have to look at it. And, honestly, I feel like this year I’ve made a huge step in not letting that affect me, as in I seriously just focus on the next race or the upcoming race and try not to think about the results that I’ve just gotten. It’s more 100 percent focused on what’s ahead because I can’t change what’s already happened – I’ve just got to make the best of what’s to come and the opportunities that I’ve got left. 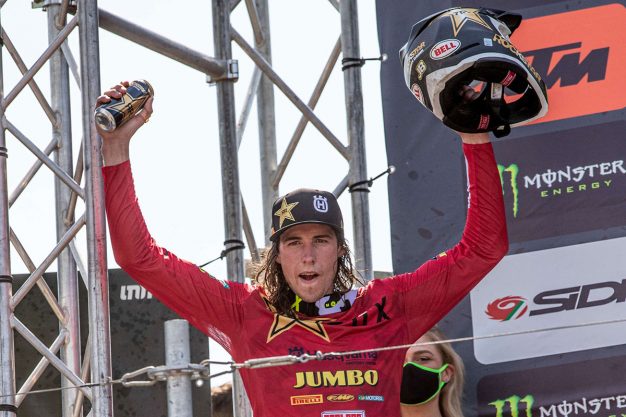 Where do you feel the speed and depth of the field is in comparison to last season?

I would say it’s quite similar. The only guys that stepped up were Thomas [Kjer Olsen] and [Ben] Watson and then, Tim Vialle, he’s got the injury. I would say we’re at the same type of level. I think, also, at the start of the season a lot of guys, I wouldn’t say take it easy, but they’re not at the peak yet. And I think, yeah, some guys will come on form and then other guys that start the season off really strong maybe lack a bit mid-season, but who knows? You never know. Like I said before, you never can predict the future, but obviously we see what happens. I think the speed is still the same as last year. In the first few rounds, obviously riding not at 100 percent and I was getting eighth and 10th and stuff like that, so it’s not like you can go in there at 60 percent and still get good results… You’re getting smashed when you’re not on it.

Is there an added sense of pressure or expectation considering it’s your final year of MX2?

Honestly, I get asked that question a lot now and to answer that bluntly is no, but the reason for that is just… as a rider you expect results out of yourself anyway. It’s not like you go out there and you don’t put pressure on yourself. You go out and train every single day, you put your whole life into it so you don’t expect to go out and get shitty results, you know? At the end of the day, results is what helps and what matters. Honestly, when you’re trying to get a ride in 450s or you’re trying to get a ride anywhere, results are what matters. I just feel like if I put my full focus on getting good results and everything and focusing 100 percent on what I’m doing right now, that something will come along. Like I said, it’s no. That is the answer to that question, I don’t really feel more pressure. It’s just that I feel like I’m more focused because I just want to get good results and ultimately that’s my goal anyway is to get really good results and then the rest follows.