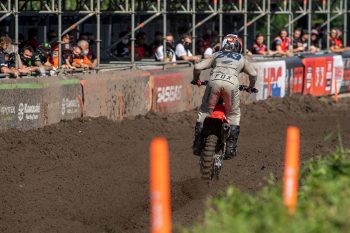 Amidst an eventful MXGP of The Netherlands at Oss, Tim Gajser managed to capitalise and extend his points-lead in the 2021 championship as Australia’s Jed Beaton landed on the MX2 podium.

The Team Honda HRC rider notched up a 3-2 scorecard, which was enough to give him the round win after moto one winner Jeffrey Herlings (Red Bull KTM Factory Racing) was unable to compete in the second moto.

Herlings had an incident during the first moto which saw him fracture his left shoulder-blade, while a moto two win from teammate Antonio Cairoli (Red Bull KTM Factory Racing) could only see him recover to second overall after an eighth in moto one.

In the MX2 class, it was Jago Geerts (Monster Energy Yamaha Factory MX2) who dominated, winning both motos on route to taking first overall – his first-round victory of the season.

Rockstar Energy Husqvarna Factory Racing’s Beaton delivered his best round of 2021, finishing on the podium in both motos (2-3) to see him second overall for the round, while teammate Kay De Wolf rounded out the podium in third with 5-2 results.

Fourth overall for Maxime Renaux (Monster Energy Yamaha Factory MX2) was enough to elevate him into the championship lead, making him the fourth different MX2 championship leader after four rounds.

Of the other Australians, Wilson Todd (Bike It MTX Kawasaki) recorded 6-12 finishes across the two MX2 motos for ninth overall, while on debut in EMX250, Bailey Malkiewicz (Hutten Metaal Yamaha) went 32-24 for 28th overall.

The next stop on the MXGP World Championship schedule is the MXGP of Czech Republic, which will take place this weekend at the Loket circuit on 25 July. 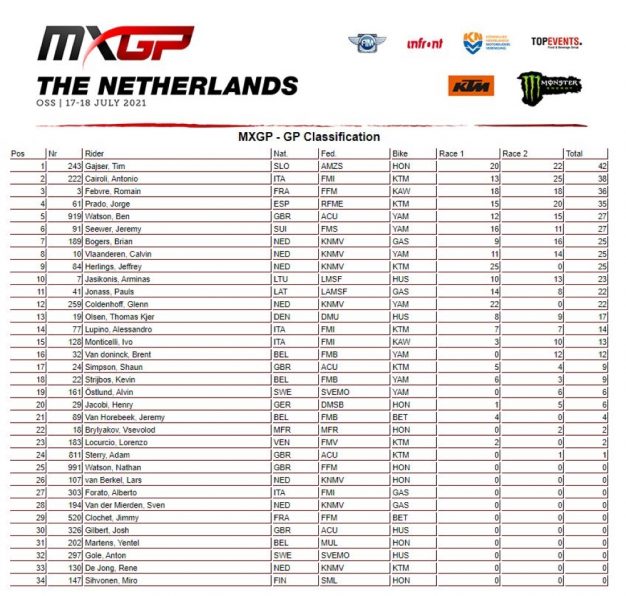 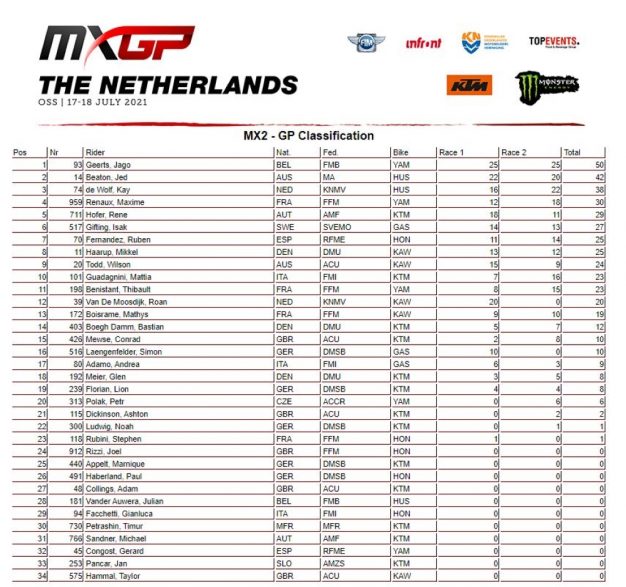