What we're seeing emerge after three rounds of the 2021 championship.

We’re three rounds into the 2021 Penrite ProMX Championship and we’re seeing a number of trends beginning to emerge from the main classes. MotoOnline takes a closer look at these in this edition of Countdown. 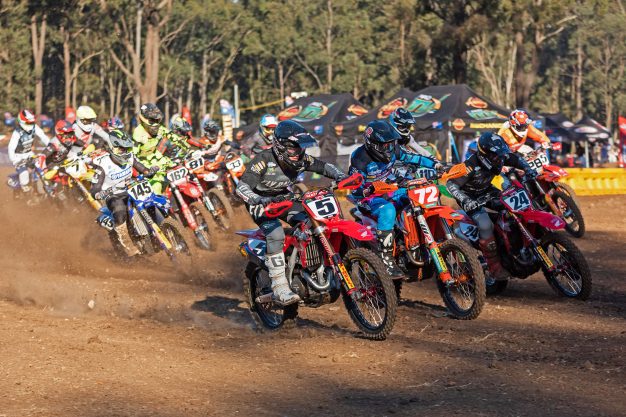 7. Waters the quiet achiever:
Defending MX1 champion Todd Waters has had a relatively subdued campaign so far, but he’s certainly not out of contention. In fact, he’s far from it. After three rounds the Husqvarna Racing Team-mounted rider sits third in the standings and just six points off the lead. He’s finished on the podium at Wonthaggi and Maitland, plus was fourth in Canberra, so it goes to show how good he is at managing championship fights and banking strong points, even when he doesn’t gel as much with the track or conditions. Waters’ riding style and pace mightn’t be setting the world on fire, but he’s getting the job done early and building himself a nice platform to launch off of.

6. Gibbs finding form:
Honda Racing’s Kirk Gibbs is really starting to find his form and get comfortable on his new ride and it’s showing on the track. At the past two rounds, Gibbs is the only racer who has had the measure of new championship leader in a couple of motos, Luke Clout, straight-up beating him in the final sprint motos at Canberra and Maitland. On Sunday, though, it was obvious that Gibbs had turned up to win. Off the concrete gate he tore out near-perfect starts in every race on his way to 2-2-1 race scores and leapt up the overall points leaderboard to fourth. Gibbs is only eight points off the championship lead and if he continues on the trajectory he’s shown over the past two rounds, he’s a very real title contender.

5. Quality TV broadcast:
The livestream and SBS/Foxtel/Sky Sports TV broadcast that Motorcycling Australia and the ProMX team has brought to the table this year has been a game-changer and is putting our sport in front of a whole new audience. The quality has continued to improve as each round passes, and given the current fluid, volatile situation with state lockdowns and border restrictions, it proved an invaluable resource at Maitland. Having a broadcast-quality livestream meant the industry, media and fans alike could continue watching the on-track action in real time, even with the current Covid-19 restrictions in place that restricted a lot of people from turning up to watch the racing first-hand.

4. The blue MX2 wave:
It only takes a quick look at the points ladder to confirm any suspicions that there’re a lot of Yamahas near the pointy end of the MX2 field – four of the five overall spots are held by Serco Yamaha and Yamalube Yamaha racers, with Jesse Dobson, rookie Rhys Budd and Jay Wilson all within a handful of points, as well as Nathan Crawford lurking dangerously close. In fact, if it wasn’t for two heartbreaking DNFs at Canberra and Maitland, Serco’s Crawford would quite likely be sitting second in the points chase. It’s no secret that the YZ250F is one of the fastest bikes on the grid (and has been for a few years now) and the strong performance of the bLU cRU so far only confirms that. 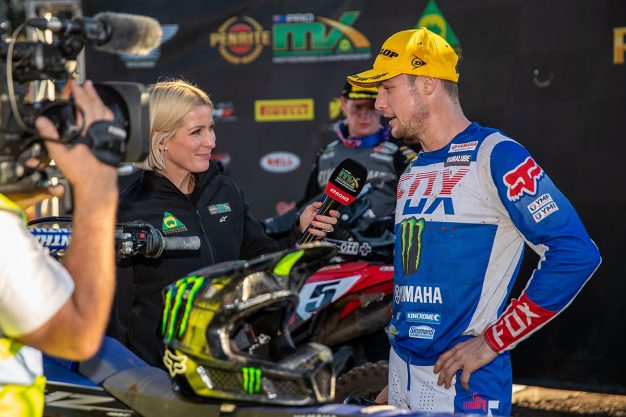 3. Webster almost unstoppable:
Honda Racing’s Kyle Webster was widely tipped to be the successor to the Pirelli MX2 throne with the exit of 2019 champion Wilson Todd to Europe, but the way he’s stepped up has been nothing short of a revelation. While the likeable Western Australian has left the rest of the MX2 field in his wake on his way to five convincing moto wins from six races, it was his ability to salvage the overall after a first lap crash at Maitland that would arguably be his best ride of the season so far. Webster came from 15th to fourth in that second race to take the round win by just one point from Jesse Dobson (Serco Yamaha).

2. Duffy’s maturity:
Given his speed, racecraft, determination and level-headedness, it’s easy to forget that 2021 former championship leader Regan Duffy is only 18 years old and still a rookie in the Thor MX1 class. A lot of people expected Duffy’s flashes of brilliance to be punctured by the usual rookie errors that are common for a rider coming to terms with racing at this level, but that simply hasn’t happened. A dream start to the championship with a round win on debut at Wonthaggi was backed up by a third overall at Canberra and a fourth overall at Maitland. Not many people picked the KTM Racing Team-backed Duffy to be just three points off the championship lead after three rounds and we expect him to continue defying expectations for the rest of the year.

1. Momentum swing for Clout:
CDR Yamaha Monster Energy Team’s Luke Clout’s 2021 campaign got off to a rocky start. After getting caught and quickly passed by Honda Racing’s Brett Metcalfe in the opening Thor MX1 moto at Wonthaggi, he experienced a rare malfunction to his rear shock while leading the second race and DNF’d. Suddenly he was already 23 points off the lead. Since then, though, Clout has been on a mission; he qualified quickest at both Canberra and Maitland, then proceeded to win both rounds with identical 1-1-2 moto scores. It’s astonishing that he’s already worked his way to the top of the championship ladder,and now that he’s running high on confidence, it’s going to take a significant effort from his rivals to wrest the momentum from his grip. He could quickly begin running away with this series if the main contenders don’t quickly keep him in check.