Direct updates from round three of the season in New South Wales.

Follow Racefeed for direct updates of the MX1 and MX2 races at the third round of the 2021 Penrite ProMX Championship at Maitland, NSW. 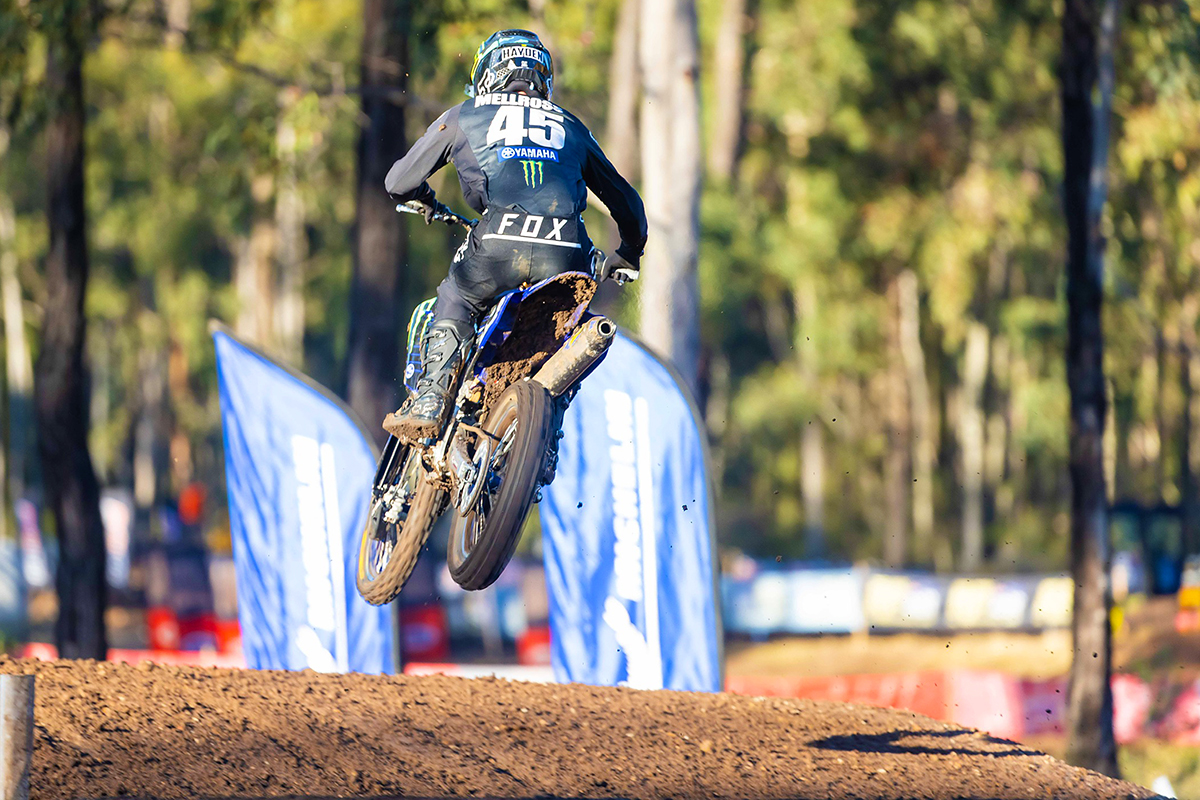 Pirelli MX2 race 1:
When the gate dropped on the opening Pirelli MX2 race, it was Jay Wilson who led the field through the first turn, followed by Kyle Webster and Rhys Budd. After an off-track excursion, Webster made the pass for the lead in early stages of the race and pulled away. Meanwhile, Jesse Dobson overcame an average start and began to work his way through the pack, while his Serco Yamaha team-mate, Nathan Crawford, was forced to DNF the race halfway through. While Webster controlled the moto from the front, Wilson, who’d handled pressure from Budd all race, fell on the final lap; his costly mistake saw him drop to fourth place behind Webster, Budd and Dobson. Husqvarna racer Dylan Wills rounded out the top five. Brothers Noah and Isaac Ferguson (both GasGas) finished sixth and seventh, while Jayce Cosford, Tomas Ravenhorst (KTM) and Ricky Latimer (KTM) completed the top 10.

Thor MX1 race 1:
Honda Racing Team’s Kirk Gibbs grabbed the holeshot of the opening Thor MX1 moto, but was quickly passed by both Luke Clout and Matt Moss. Clout controlled the race from the front to eventually take the checkered flag with a comfortable eight-second lead. Behind him, Moss was swallowed by the pack as a spirited battle broke out between defending champion Todd Waters, red plate holder Regan Duffy, and Aaron Tanti. Waters ultimately gained the upper hand and set off after Gibbs, but couldn’t find a way past him as laps ran out, with the duo finishing second and third. Duffy finished fourth, ahead of Hayden Mellross and Brett Metcalfe. Maximus Purvis crossed the line in seventh, ahead of Tanti, Moss and Jake Moss (Yamaha).

Pirelli MX2 race 2:
Crawford holeshot the second MX2 race, but surrendered the lead temporarily to Wilson, while series leader Webster made a big mistake on the opening laps and dropped as low as 15th position. Up front, Crawford found his way past Wilson after a half-lap battle and began extending a lead. Dobson was next to fight his way past Wilson after an intense scrap, while Webster fought his way through the pack to eventually finish fourth and take the round win. Up front, Crawford took the moto win in a great bounce-back ride after the disappointing DNF in the opening race, followed by Dobson and Wilson. Dylan Wills finished fifth, while the rest of the top 10 was filled by Budd, Noah Ferguson, Jai Constantinou (Husqvarna), Cosford and Korey McMahon (GasGas).

Thor MX1 race 2a:
Clout led the field through the first turn of the second MX1 race, with Gibbs and Tanti in tow. Duffy, Metcalfe and Waters held down in following spots. Tanti muscled his way into second past Gibbs, but when Duffy tried to apply pressure to the Honda rider, he crashed and dropped to fifth behind Metcalfe. He remounted and managed to again get past Metcalfe before the checkered flag. Clout won by 2.3 seconds over Tanti, followed by Gibbs and Duffy. Positions sixth through 10th were filled by Metcalfe, Mellross, Purvis, Moss and Latimer.

Thor MX1 race 2b:
Gibbs grabbed the holeshot in the third MX1 race and held that position right to the finishline, despite constant pressure from Clout. After a bad start Duffy found himself towards the back of the top 10, while Waters came under pressure from Purvis, then Mellross as the race progressed. As the final checkered flag flew, Gibbs took a narrow victory over Clout, while Tanti led a freight-train of Purvis, Mellross and Waters across the finishline. Duffy finished seventh, ahead of Metcalfe, Latimer and Connor Tierney (FlooringSalesSB Motorsports).