Honda Racing’s Kyle Webster has taken the 2021 Penrite ProMX Championship MX2 class by storm and remains unbeaten heading into the third round of the series at Maitland this weekend. MotoOnline caught up with the 25-year-old and hit him with Five Questions. 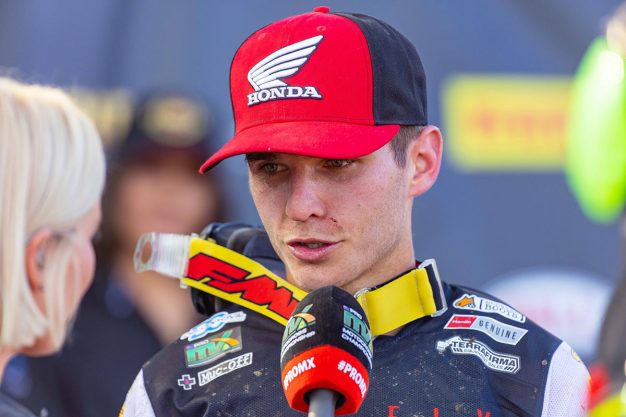 How have you dealt with the eight-week break in racing so early in the season, and kept your momentum from the opening two rounds?

Honestly, I’d thought it would be inevitable that the covid situation would affect the racing at some point this year, so I haven’t been too stressed about it. If anything it’s given me more time to continue building and working on any weaknesses I had at the opening two rounds of the championship. The only thing that really changed was that I couldn’t race Manjimup, which I was spewing about. For the most part though, we just kept on our normal programme that we’ve been doing since the start of the year, week in, week out, and that’s filled in the time and kept me busy.

Having won four motos in a row, do you feel like there is more pressure on you now to continue that form?

I wouldn’t say there’s any more pressure on me – I go into every race wanting to win it, but I’m definitely not thinking about a perfect season or anything. The aim is to keep building solid points at every round and hold a healthy lead towards the end of the season. I already have a 30-point lead, so if it keeps growing at this rate, that’ll be nice.

When was the last time you raced at Maitland and how did you go?

I won the MX2 class there at the 2019 MX Nationals, which was good. I hit the gate in the first moto and worked my way to second place, then in the second race I started third or fourth and managed to move up to second behind Wilson Todd. He crashed and that let me take the win and the round overall. Over the past few weeks I haven’t done a lot of hard-pack riding as it’s been so wet here in Victoria. We’ve been mostly limited to sand tracks lately, but we spent a lot of time on hard-pack tracks earlier this year and I’m pretty confident on them. 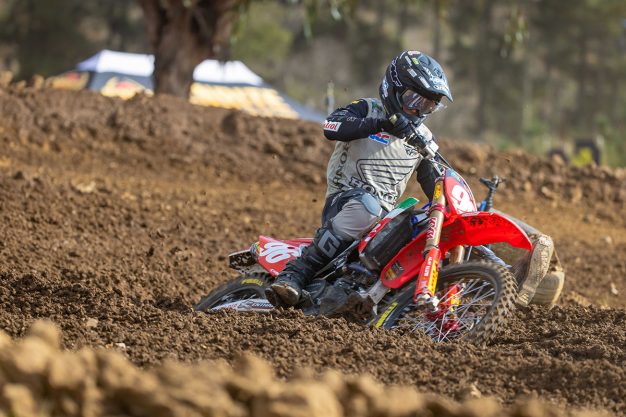 What’s the biggest thing you’ve learnt so far this season?

I think the major thing is just believing in what I’ve been doing, and the work that we’re putting in on the small things at the practice track. I’ve learnt to have faith in our programme, and in the week leading up to a race, not to worry and stress about it. I’ve always worried a bit about upcoming races, but I’ve learnt to keep my mind under control. We’re riding a lot at the moment and it hasn’t given me too much time to worry about the future.

Where do you see yourself in, say, three years time?

I’d love to be at the pointy end of the MX1 class and hopefully heading overseas again. The plan is to definitely stay in Australia next year and move up to the MX1 class – it’s hard to plan too much further than that at this stage! I’ve ridden and practiced on 450s a lot, have ridden a bit with my team-mates Kirk Gibbs and Brett Metcalfe, but racing is obviously a different ball-game. I’d like to think I’d go well, but we’ll have to wait and see.