Selection of national racers provide their thoughts on having to adapt in 2021.

The 2021 Penrite ProMX Championship calendar has already seen significant changes, with the postponed third round at Gillman, SA, now tentatively pencilled in for 11 July pending state border restrictions easing. The racers and teams have to adapt to these sudden changes on the fly and this edition of Input looks at how the calendar disruptions have already both benefited and hindered some of the racers this year. 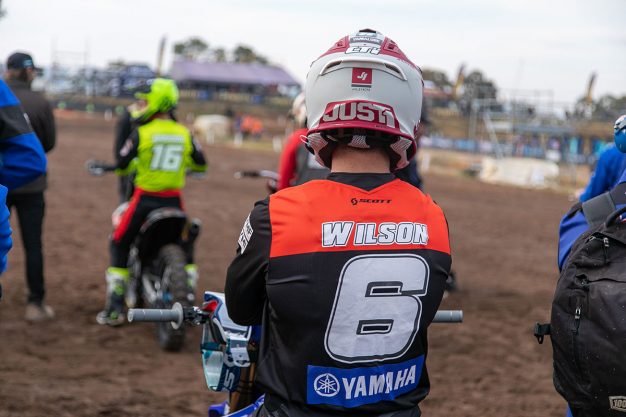 Jay Wilson (Yamalube Yamaha Racing):
I’m currently still based in New Zealand and we’re living with Ben Townley at the moment. The initial plan was to move back home for Gillman, but when that round was postponed we decided to stay here as there’re plenty of new tracks to ride – there are at least six within an hour’s drive of me – and new people to ride with, plus Ben has been helping me out with coaching. I’m in a great place with my motivation now. I’ve raced three club days at Taupo and it’s been great getting gate-drops with different people. Kiwis are really quick on their own tracks and they go all-out to run up front with someone like myself. The Altherm JCR Yamaha team also has two new young riders, Madoc Dixon and Brodie Connolly, so I’m riding a lot with them. I’m playing it all by ear, but the current plan is to fly back for Maitland and then return to New Zealand. While it sucks to have this big gap in the championship, I’m not going to complain with my current location, the people I have around me and the work we’ve been doing. It’s been very beneficial being here.

Hayden Mellross (CDR Yamaha Monster Energy):
The way I structure my training is to have some heavier weeks, then during the week prior to a race I lighten the load, ease back on both my on-bike and off-bike training, and incorporate some fast starts and shorter interval training. After Canberra I was sticking to my program and going really hard at it, but then Gillman was postponed fairly late in the week. I had to hit the reset button and go back to heavy training, which was a little difficult, but I guess that’s the new normal these days. I’d also planned to race Manjimup, but the following day WA closed their borders to Melbourne, so I lost that opportunity as well. It’s not massive, but those were two races on the calendar that I was going to use to keep building. Coming back from a knee reconstruction in 2019 and not racing and getting elective shoulder surgery in 2020, I’d intended to use those races to improve and get stronger. It was a bit detrimental to the program, but we’ll keep building from here on out.

Aaron Tanti (GasGas Racing Team):
In all honesty, the delay has played into my favour a bit, as I’m still coming back from a broken scaphoid. I only jumped back on the bike 10 days before Canberra and that was a quick turnaround for that sort of injury. The postponement gave me more time to get my race fitness back up to where it needs to be. If I was healthy and fit I’d probably find the changes a lot more frustrating, as even having a month between races is a longer than what it should be. I’d been training as normal, even after Gillman was postponed, as I had the Manjimup 15,000 booked in for the week after. I changed my flights to fly to Perth the day that Gillman would’ve been held and spent a week riding tracks with Regan [Duffy] and Connor [Tierney]. I had all of last week off after Manji, but now I’m back into it, refreshed and ready to go again.

Alex Larwood (WBR Yamaha):
Even though I was coming into Gillman recovering from a dislocated shoulder and had only ridden for a week beforehand, I was disappointed that the round was postponed. It’s my home race and a lot of family and friends would’ve been there to cheer me on, but on the other hand the postponement did work in my favour as it allowed me to work my way back to full fitness before the next round. As it turns out I’ll probably miss now Maitland now, after cracking my femur in a training crash, but I’m hoping to be back in time for round four. The current situation where races can be postponed or cancelled last minute doesn’t change my training program, as we’ve got to be prepared for whatever happens. If we go racing, great. If we don’t, we still keep riding and keep the ball swinging, as you can always get better. It’s not like we’ll stop training for a week or two if the race calendar moves around.