Finke Desert Race winner on defending his title with KTM Racing Team in 2021.

After yesterday’s Tatts Finke Desert Race ended sooner than scheduled in tragedy, it was 31-year-old Alice Springs racer David Walsh who managed to defended his two-wheel crown. Before the red dust had time to settle, MotoOnline caught up with the KTM Racing Team rider to reflect on the events of the past few days. 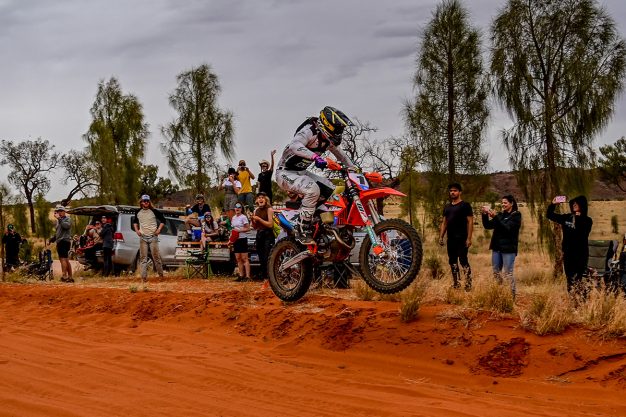 David, even though the 2021 Finke Desert Race has been overshadowed by tragedy, how does it feel to successfully defend your title?

Obviously there are pretty mixed feelings right now. While it’s nice to go back-to-back, doing it in these circumstances, where our times from day one determine the final results, certainly isn’t the way I wanted to achieve it. Today was tough, but the race organisers made the right call and everyone’s safety is paramount. My thoughts and sympathies are with the families and friends of those involved in today’s accident.

Let’s start with Saturday’s prologue, where Jack Simpson got the better of you. Did that come as a surprise at all?

No, I expected that, to be honest – a lot of people will tell you I’m not as good at turning as some of the other guys! I knew the motocross guys would be fast around the prologue loop and you can see that with my cousin, Liam Walsh, finishing fourth. I knew I had the speed out on the track, though, and that’s where it really matters.

Yesterday you were on another level, winning the day one leg from Alice to Finke by 4m23s. That must’ve eased a bit of the pressure as you prepared for day two.

Yeah, Jack and I went back and forth for a few turns and he had me out of the last turn before the whoops. He let off the throttle entering the whoops and I didn’t, so that was the last I saw of him. I knew I’d done the work and that I’d be fast, but I was conscious that even though I needed to push on the first leg yesterday, I still needed to leave something in the tank for the return. I wasn’t expecting to have a near four-and-a-half-minute lead, given that it was a very fast track I thought it’d be about two minutes. That bigger margin meant I could sleep a little easier and come into day two feeling more relaxed than I usually would. 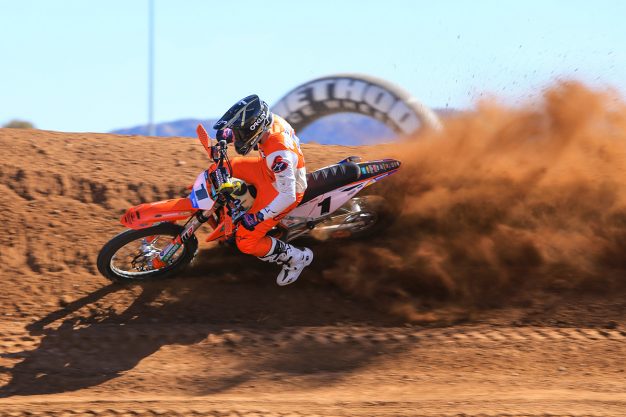 Did you have any close calls along the way?

I think I had at least five near-death experiences, but the biggest one was when I hit a big hole and rode the front wheel for about 30 metres! Day one is always tricky as you’re pushing as hard as you can and big moments like that are just the nature of it. If you’re not having those near-misses you’re probably not pushing hard enough. It’s always a relief to get the job done and arrive at Finke at the end of that first leg.

You would’ve been feeling confident entering day two, but take us through the events of today and how you heard about the tragedy out on the course.

We’d just had the riders briefing and were just starting to get ready for the race when the organisers brought out the red flag. I knew straight away something wasn’t right and I went to the Police to make sure everyone was okay and no-one was seriously hurt. I didn’t know what had happened at that point, but all I wanted to do was to get home to my family. My mind wasn’t on the race from that point on, as I know a lot of people in town, and the racing really wasn’t important any more. We convoyed back to Alice Springs and there was a very different atmosphere at the finish area – there were no crowds and everyone was a lot quieter.

What’s next on the cards for you?

The next thing on the cards is sitting down and having some quiet beverages! But yeah, as far as racing goes, I’m getting a bit long in the tooth, so I think it might be time to hang up the boots. It’s good to potentially end on a high note and I’ll probably be the only rider to ever win the Finke halfway… I’d like to stay on with the KTM Racing Team with some role in the future, as I love this group of people. We’ll see what the future brings.