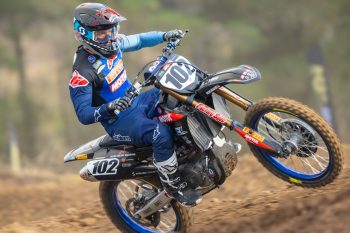 The confirmation of these riders comes after concern for the prestigious Western Australian event amid the growing outbreak of Covid-19 that locked down Victoria and saw WA impose a hard border with the state, however it managed to escape with only a minor impact being the withdrawal of Hayden Mellross (CDR Yamaha Monster Energy).

The event, which was cancelled in 2020 due to the pandemic, has drawn one of its strongest line-ups of national-calibre riders in 2021, which will see the majority of top 10 riders in ProMX on the grid.

“Matt Moss was coming before I even knew it [laughs],” promotor Willie Thomson said to MotoOnline.com.au. “It’s good, because last year I thought ‘why don’t we get Mossy back?’, but I think he still had five weeks left on his suspension. I’m glad he’s coming – he’s really excited.

“[Brett] Metcalfe is also coming – he really wants to do it. I think his dad is driving over with his bike. Metcalfe is a late inclusion, and now we have a factory Honda rider, which is really good.”

The Manjimup 15,000 will take place this weekend, with an optional practice to be staged on Friday followed by junior and senior racing on Saturday and Sunday respectively.