Gillman round of ProMX Championship to be postponed

Round three of 2021 season expected to be rescheduled for later in the season. 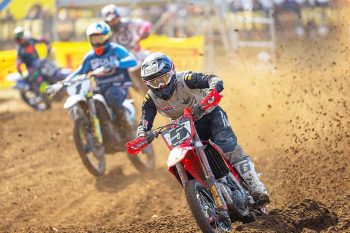 Motorcycling Australia (MA) is currently moving to postpone the Gillman round of the 2021 Penrite ProMX Championship in response to the latest covid-19 outbreak in Melbourne, with an announcement expected to come as soon as this afternoon.

MotoOnline has learned that ProMX organisers are currently notifying competitors within the series that a decision has been made and plans are being discussed to add an alternate date later in the season.

The next 24 hours in Victoria have been declared as ‘critical’ after it was announced that the cluster sweeping Melbourne’s north has increased to 15 after six new cases were detected and confirmed earlier today.

South Australia has closed its border to people who have visited the City of Whittlesea during the past 14 days, while quarantine requirements on arrivals from Greater Melbourne have also been introduced. Queensland borders have also had increased restrictions implemented in response to the outbreak.

The current ProMX calendar permits a number of off-weekends that could be utilised to keep the series at eight rounds, with Maitland next scheduled for 27 June, followed by Wodonga on 25 July. It’s understood that a potential replacement date for Gillman could take place between those events.

Confirmation has since come that the South Australian round will be moved to a later date in the year.