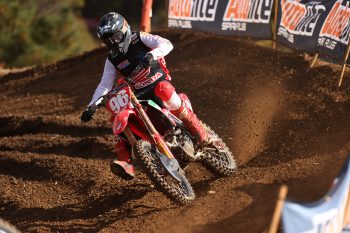 Delcon Civil Honda Racing’s Kyle Webster has kept his flawless Pirelli MX2 season intact with a dominant 1-1 performance at the second round of the Penrite ProMX Championship at Canberra, ACT.

In the opening race, the MX2 points leader Webster enjoyed a perfect jump off the gate and led the field through the first turn, followed by Noah Ferguson (GasGas) and Yamalube Yamaha pairing Rhys Budd and Jay Wilson.

Serco Yamaha title contender Nathan Crawford’s YZ250F came to a stop early in the race with a sparkplug issue, forcing him into a costly DNF, as Webster stretched his lead.

Recovering from an average start, WBR Yamaha Bulk Nutrients’ Alex Larwood pushed through the pack, but tangled with Budd in a rutted right-hander and they both went down.

Meanwhile, Wilson put in some good passes and worked his way into second place, but found himself in a lonely position, unable to close the gap on Webster, while stretching a comfortable buffer over Ferguson.

Webster led Wilson past the chequered flag with a comfortable 14-second lead, with Ferguson riding strongly to third position.

Noah Ferguson grabbed the holeshot of the second MX2 moto with Webster hot on his heels, jumping into the lead before the first lap was completed.

Using his spare Yamaha, Nathan Crawford held down third early on, before turning the screws on Ferguson and taking over second place at the midway mark.

Behind him the battle hot between Wilson, Budd and Larwood, before Larwood crashed out and injured his shoulder.

Budd and Wilson continued to engage in a torrid race-long battle before Budd made his way past his team-mate into third.

Webster took the race victory and kept his perfect season intact, followed by Crawford and Ferguson.

The third round of the 2021 Penrite ProMX Championship will be held at Gillman, SA, on 30 May. 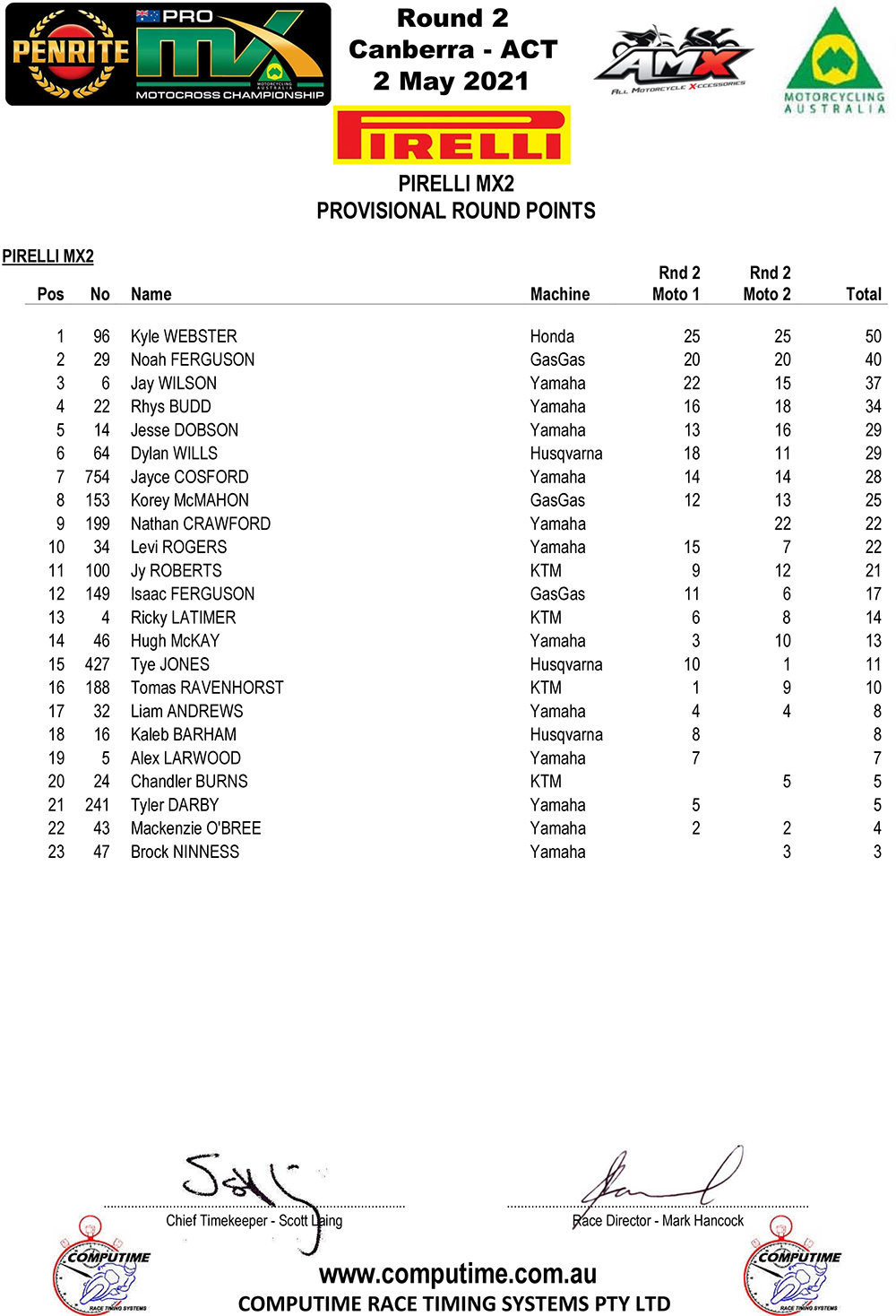