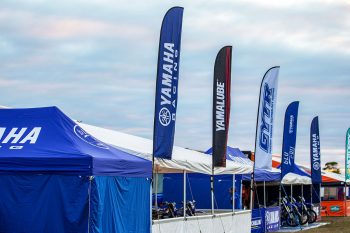 The postponed Nowra rounds of the 2021 Yamaha Australian Off-Road Championship (AORC) have been rescheduled for 28-29 August, becoming rounds seven and eight of the season.

Nowra was initially due to hist this year’s opening rounds between 27-28 March until being cancelled because of flooding in the region, however, a revised date has now been made official.

“The rounds scheduled for Nowra earlier this year were postponed due to severe weather, which impacted the area causing extensive flooding of the track and pit area making it impossible for riders and teams to travel and participate in the event,” according to a statement from Motorcycling Australia (MA).

“The Oyster Bay Motorcycle Club had done significant work in preparing for the original rounds and we know they will leave no stone unturned to ensure a sensational track is provided come August 28 and 29 for what will now be AORC rounds seven and eight.

“The championship has also received significant support from Shoalhaven City Council, which ensures the event can provide a spectacular race weekend for both riders and fans of AORC.”

Instead, the AORC series commenced last weekend at Golden Beach in Victoria, where Daniel Milner (E3), Todd Waters (E2) and Mason Semmens (E1) won the three pro-level categories across both rounds one and two of season 2021.