Return to E3 results in victory as Waters wins E2 and Semmens doubles in E1. 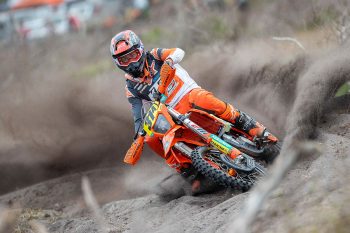 It was a case of Daniel Milner dominance in rounds one and two of the 2021 Yamaha Australian Off-Road Championship (AORC) at Golden Beach, the KTM Racing Team rider setting the tone in both days of competition.

Equipped with a factory-backed 500 EXC-F, Milner was untouched in E3 during Saturday’s Super Sprint – initially planned to be a Cross Country – and again in today’s Sprint.

Saturday saw Milner set the pace outright on his way to winning the E3 category ahead of Jonte Reynders (Pirelli Motul Sherco) and the returning Tom McCormack (KTM). Today was once again all about Milner, going on to make it two from two ahead of Reynders and McCormack. 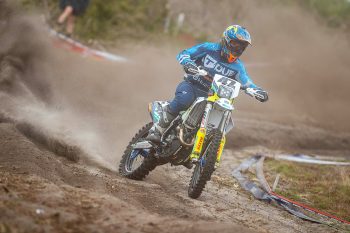 In E2, current Australian motocross champion Todd Waters came out on top in his debut with Husqvarna Racing Team on Saturday.

Waters led Josh Green (Shop Yamaha Off-Road Racing) and Michael Driscoll (Yamaha bLU cRU Off-Road Racing), before in round two it was Waters who stood in the middle of the podium from Green and Driscoll yet again. 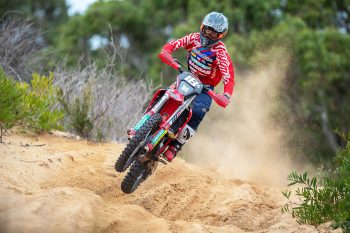 The 2021 Yamaha Australian Off-Road Championship is currently due to continue with Kyogle, New South Wales, next on the calendar between 17-18 July. 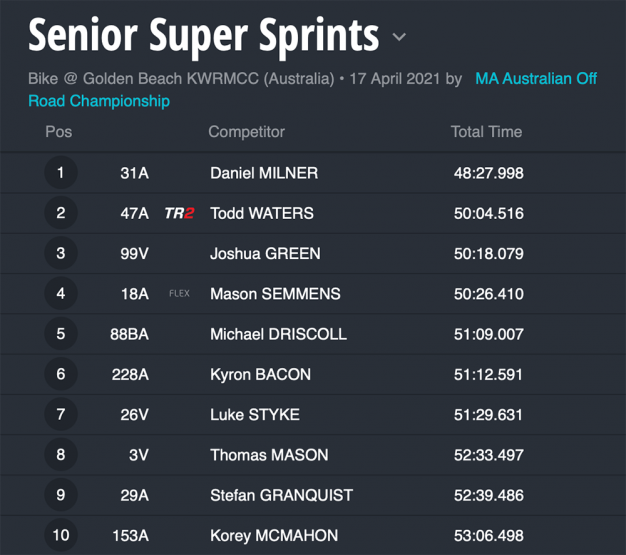