Direct updates from opening round of the new-look ProMX championship.

Follow Racefeed for direct updates of the MX1 and MX2 races at the opening round of the 2021 Penrite ProMX Championship at Wonthaggi, Vic. 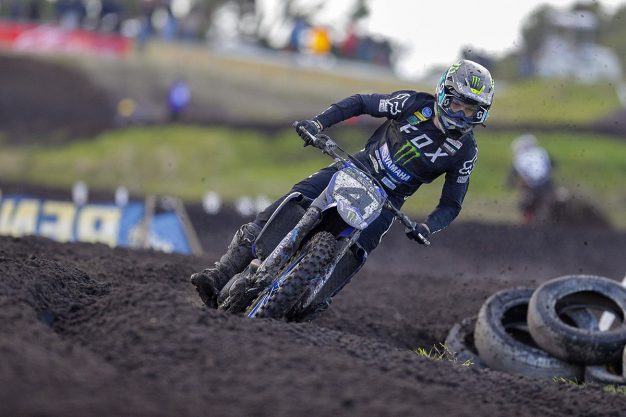 Pirelli MX2 race 2:
Kyle Webster quickly leapt to the front of the second MX2 moto and wasn’t headed for the entire race, capping of a clean sweep for the Honda racer at Wonthaggi. Jai Constantinou started strongly and held down second place for the opening laps, before succumbing to a hard-charging Crawford and Dobson. Larwood, who experienced an average start, fought through the pack to make a late pass on Dobson for third place, and a hard-fought second overall on the day. Constantinou held on strongly for fifth, as Wilson and Budd traded places multiple times through the race in their battle for sixth, before Budd got the upper hand on his team-mate. Mackay finished eighth, Jy Roberts (KTM) ninth and Wills 10th.

Thor MX1 race 2:
Kirk Gibbs snatched the holeshot of the second Thor MX1 moto and led the pack through the first turn, followed by a host of the championship contenders. Clout and Mellross both enjoyed time at the front of the pack early on, before Duffy, who’d started towards the rear of the top 10, tore his way through into the lead and began checking out. Clout worked his way back past his team-mate Mellross for second, but experienced a mechanical failure and DNFed the race. Up front, Duffy continued to build his lead over Waters and Gibbs, stretching his buffer out to 17 seconds at one stage, as he lapped up to ninth place. Waters held off a late charge from Gibbs to secure second place, while Mellross finished in fourth, ahead of moto 1 winner Metcalfe. Tierney finished sixth, ahead of Purvis, Joben Baldwin (Honda), Jay Lamb (Yamaha) and Rykers.