Expert opinions on the MX1 and MX2 favourites ahead of round one.

After 20 months away, the Australian Motocross Championship returns this weekend with a new look, fresh formats and a heap of racers ready to make up for lost time. The eight-round 2021 Penrite ProMX Championship takes off at Wonthaggi on Sunday and MotoOnline spoke to a range of knowledgeable people to get their Input on who they predict will the series podium placers. 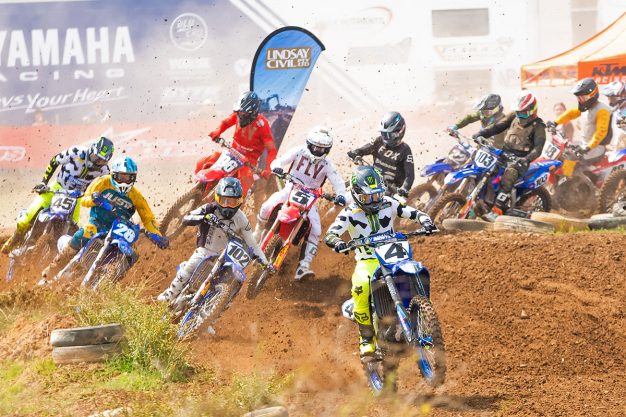 It’s hard to go past Todd to win the championship again. He cleaned them up in 2019 and I don’t think he’s got any worse since then. Luke Clout has shown real speed recently, he was a bit inconsistent in 2019, but he’s cleaned that up and if anyone can take the fight to Todd, it’s him. I like Gibbsy’s chances of taking third overall. I don’t think we’ve seen the best of him on that new Honda yet and if he gets good starts and finds that little bit extra from the bike, he’ll definitely be up there. In MX2, Kyle Webster has to be the favourite, he has a fast bike and if he finishes every race he’ll be the hardest to beat. Jesse Dobson has been really fast in the pre-season, too, and he’ll go well if he keeps it on two wheels – sometimes he tries too hard and ends up crashing, so hopefully he minimises that this year. Third is anyone’s game. I’ve picked Crawford for his raw speed, but he struggles to finish a season. Jay Wilson will be up there, but I don’t see him matching Jesse or Kyle in outright pace.

I predict Todd Waters will go back-to-back. I’ve seen the hard work he puts in and he’s got a point to prove with all the industry’s financial changes that have taken place over the past year. I think Regan Duffy is going to have a crazy debut season is going to surprise a lot of people. He’s a sand master, so a final round showdown between him and Todd at Coolum would be epic. I’m really excited to watch Matt Moss and his rivalry with Todd Waters. There’s a legitimate animosity between those two and I hope they race hard for the full season without crossing any lines. In MX2, I think Nathan Crawford will want to prove something coming back from a year in the MXGPs. There’s no denying he’s fast, but he has a tendency to be inconsistent and this is a good year for him to break that mould. Kyle Webster’s last showing at the MXoN at the end of 2019 was great, plus he’s had some great pre-season race results. He’s been building for a while and this is a year he can really shine. As for Jay Wilson, he’s a championship guy. He’s won it before and knows what to do – you can bank on the fact he’ll be one of the most consistent guys on the track.

From what I’ve seen, I’m really impressed with Todd Waters’ off-season. He’s a machine and I’m sure he’s on pace to win the championship, especially with having the experience under his belt already. Luke Clout will perform well and will be strong after his time in the US last year, but I’m eager to see how Regan Duffy performs. He’s super-talented will be battling dudes he’s probably looked up to, but for a rookie he’s a mature, level-headed kid. In MX2 I think Kyle Webster will be super-strong and I think he’s on target to win the title, but I’m also liking the friendly rivalry in the Serco Yamaha truck between Jesse Dobson and Nathan Crawford. If they can keep it on two wheels – and that seems to be a defining factor with those two – they’ll be strong competitors.

I’m really excited to watch the racing this weekend. Todd Waters is the reigning champ and he’s just had a baby, which either makes or breaks you. For me it motivated me and gave me more drive, so with the red plate I think he’ll be fast all year. Regan Duffy is one of my team-mates in a way and he’s really impressive, especially in the sand, which they’ve brought truckloads in for this weekend. Luke Clout’s is hungry to win a MX1 title. I watched him testing at Wonthaggi and he’s looking really strong and fit – if I rode like that I’d probably pass out after 15 minutes [laughs]! In MX2, Webster is looking fast. Even last year he was riding unreal, but didn’t get to show it. I’ve been training with him as part of Ross Beaton’s crew and he’s putting two seconds into me a lap on a 250F when I’m on a 450 – he’s definitely hanging off it. I think Crawford will be up there, he’s got speed and is back home after a year in Europe. I know how hard it is overseas and it’s always a relief to come home, so I think he’ll be strong. Jay Wilson is a podium guy, one of the more mature guys in the class and if he’s not winning or top three, he’s usually in the top five. 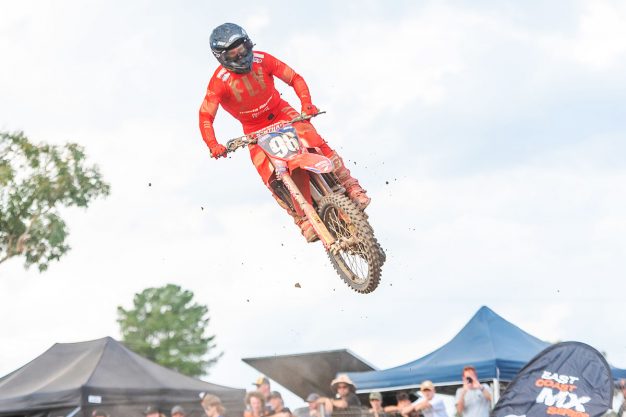 Todd Waters is a machine. He knows his program and took the championship on a similar deal to what he has now. He’s been around for 10 years and with last year being a write-off, consistency will be important as a lot of people would’ve lost that racing base they need. Luke Clout could win the championship if he improves his sand riding, but having back-to-back rounds at Coolum could play a huge part in his ability to take the title from Waters. Kirk Gibbs is on a new team with a new bike, but he’s been around a long time and has a good program. There’ll be a lot of podiums and top five results for him. In MX2, I think Kyle Webster has to do it this year before he moves up to MX1. He has a good team and good equipment and I expect him to come out swinging at Wonthaggi. Nathan Crawford will grow into the championship as he continues to work his way back from injury. And Wilson, he’ll always be up there. He has so much experience, knows the series and the tracks and you know he’ll rise to the challenge.

The MX1 championship is going to be fascinating, but my money is on Todd Waters to retain his red plate. So far this year he’s looked relaxed, happy and damn quick. Luke Clout will give him a good run for his money as he did in 2019 and will definitely win races, while Kirk Gibbs will bring his trademark consistency and feature on or near the podium at every round. I’ll give a honourable mention to Matt Moss, who’ll certainly win rounds and races, but as a privateer and with no team backing, it’s only going to take one mechanical DNF for him to lose valuable points to the factory-backed racers. In the MX2 class I think this is Kyle Webster’s year and the pace he’s shown early on certainly points to the Honda rider being the one to beat. Jesse Dobson will be looking to reinvigorate his career this year under the Serco Yamaha tent and will be a strong title threat, but there are question marks over his consistency. He mightn’t have the raw speed and flashy style of his rivals, but Jay Wilson is probably the most experienced MX2 racer in the field and will use every trick in the book to stay in championship contention.

Until somebody steps up and beat Todd Waters, I don’t think there is any way you can consider anybody else as the MX1 title favourite for 2021, even if he won his championship almost two years ago. If anything, not racing last year will extend the peak of Waters’ career, but he better be on his game because Luke Clout is right there to take control – honestly, I think this one will go down to the wire. I have chosen Matt Moss for P3, purely because of the grit that he has displayed on return and he’s beaten a bunch of these top guys in the past on his way to championships. I’m just not certain that his resources will be enough to beat the factories over the course of eight rounds. In MX2, it’s Kyle Webster’s time after finishing second last time out, but he can’t afford any mechanicals that we’ve seen the team have in the US. Quickest, I think will be Nathan Crawford, but again, consistency will be vital. Former champion Jay Wilson should be inside the top three, although it’ll be interesting to see how his new teammate Rhys Budd performs on that in-house YZ250F.