A closer look at some of the championship contenders entering 2021.

With a handful of races on the east coast taking place in this current pre-season, we’re starting to get a clearer idea of who’s coming into the 2021 Penrite ProMX Championship with form on their side following more than a year off in Australian motocross. MotoOnline’s Rated feature assesses a group of title contenders ahead of Wonthaggi’s opener, based upon what we’ve seen so far in state-level outings. 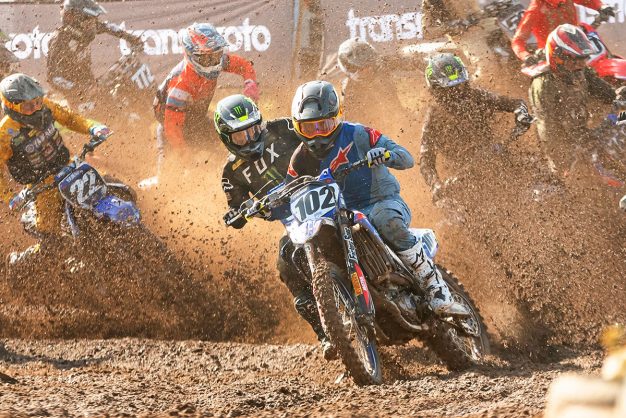 Rider: Todd Waters
Rating: A
Rundown: Husqvarna Racing Team’s defending national MX1 champion Todd Waters has only fronted one pre-season race, but he made a hell of a statement when he did. At the opening round of the Sunshine State MX Series at Hervey Bay, Waters dominated by winning every 450 race, then hauled out a 250 two-stroke to race the MX2 class and won two of the three races to claim the overall. The only blip on his day was the second race where he got buried off the start and had to work through the pack to P2. It’s obvious the year’s racing hiatus in racing has done nothing to slow Waters down, which will give his rivals some serious cause for concern.

Rider: Matt Moss
Rating: A-
Rundown: Make no mistake, former MX1 and SX1 champion Matt Moss is hungrier than he’s ever been for a title in 2021. It’s his first season back racing since he was suspended in 2016 and he’s out for blood. In the first race of the East Coast MX Series at Canberra, Moss hosed a quality field by 14.9 seconds, with pace that sent shockwaves through the pits. He went on to win the overall after some heated battles with CDR Yamaha Monster Energy’s Luke Clout and Honda Racing’s Kirk Gibbs, then drove up to Queensland to take on Todd Waters at the second round of the Sunny States. It wasn’t meant to be, though, as three laps into practice Moss had a huge crash and trashed his bike. With no spare parts or bikes, the privateer was forced to sit on the sidelines and begin plotting revenge at Wonthaggi next weekend. Since then though, he’s once again reportedly displayed immense pace in a club event at Oakdale, becoming the talking point everywhere he goes.

Rider: Luke Clout
Rating: A-
Rundown: Similar to Todd Waters, CDR Yamaha Monster Energy’s returnee Luke Clout has only taken to the track for one pre-season outing in terms of a major event at the ACT round of the East Coast MX Series, but he’s already looking dangerously quick. After a fifth in the opening race, he got embroiled in an intense battle with Moss for the lead, before Moss punted him off the track, leaving Clout to salvage third. In the final race, the Yamaha rider got some redemption by taking the win, holding off a fast-finishing Kyle Webster (who was racing a 250F) in the process. Clouty would end the day in second, four points behind Moss, and we know he will have a fire lit in order to maintain his status as the bLU cRU’s main hope.

Rider: Regan Duffy
Rating: B+
Rundown: He’s only 18 and a MX1 rookie this year, but KTM Racing Team’s Regan Duffy has been a mover and shaker in the pre-season. After carding solid 6-5-6 results at the East Coast MX Series at Canberra, Duffy rolled up his sleeves for double-duty in both the MX1 and MX2 classes at the opening round of the Gippsland series last weekend. A mechanical DNF while leading the opening race was enough to let CDR Yamaha Monster Energy’s Hayden Mellross take the overall, but Duffy rebounded to win both of the remaining MX1 races and salvage fourth overall. In the MX2 class he gradually improved as the weekend went on, and his 4-3-1 result was good enough for third overall. That MX1 form is what most people will be most interested in, though, especially as his near clean sweep of wins took place on the same track that will be used for the opening round of the ProMX Championship next weekend. Rider: Rhys Budd
Rating: B+
Rundown: Yamalube Yamaha Racing’s new recruit, Rhys Budd, has shown some promising form at both the East Coast MX Series and the Sunny State rounds that he fronted, especially considering he was racing a practically stock YZ250F. At the ACT round of the East Coast MX, Budd finished the highest-ranked 250 rider in the mixed capacity class, with 3-7-8 race results. At Kingaroy, QLD, he finished third to team-mate Levi Rogers and Noah Ferguson in the MX2 class on Saturday, but opted to stay on to race against the MX1 riders on Sunday. He topped the qualifying charts, then carried that form and pace through the rest of the day, finishing an impressive second overall against the bigger machines. If he carries this trajectory into the ProMX Championship, Budd could be a real dark horse in this year’s MX2 class.

Rider: Kyle Webster
Rating: B+
Rundown: We’ve only see Honda Racing’s Kyle Webster take to the track once in a race situation so far this year, but he definitely turned up to play. At the ACT round of the East Coast MX Series he had issues and DNF’d the first race, but put that behind him to finish fourth in the second moto in the mixed-capacity class. He saved his best for last, though, when in the final race he finished within half a second of CDR Yamaha Monster Energy’s Luke Clout to claim the runner-up spot and beat the likes of his Honda Racing team-mate Kirk Gibbs, Matt Moss, Serco Yamaha’s Jesse Dobson, KTM Racing Team’s Regan Duffy and CDR’s Hayden Mellross in the process. With that one race, Webster has shot out from under the covers to become one of the MX2 favourites in the ProMX Championship.

Rider: Jay Wilson
Rating: B
Rundown: Yamalube Yamaha’s Jay Wilson is a tough one to get a gauge so far this year. Even though he’s leading the MX2 class of the Sunshine State MX Series by a comfortable 18 points after two rounds, he’s only won one race and his current standing is significantly helped by Todd Waters opting not to race the second round at Kingaroy. He mightn’t have the searing pace of the likes of Nathan Crawford (Serco Yamaha) and Kyle Webster, but he’s using his trademark consistency – he hasn’t placed below fifth in any race this year – to get the job done. In a torrid hard-fought championship, consistency could be key, so even though he might not win every round of the ProMX Championship, we expect him to be on the podium regularly. And stacking points is a proven key to success.