MotoOnline aligns with Inside Dirt for ProMX Recap Show 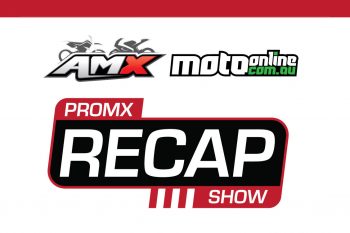 MotoOnline has aligned with Inside Dirt in a distribution arrangement that will see the media brands partner to host the AMX Superstores-backed ProMX Recap Show in 2021.

The AMX Superstores MotoOnline.com.au ProMX Recap Show will be produced as part of the Inside Dirt Network following each event on this year’s Penrite ProMX Championship calendar.

As a new era of the Australian Motocross Championship is launched, MotoOnline and Inside Dirt have teamed up together to break down all seven rounds with the support of Penrite ProMX series presenting sponsor AMX Superstores – the nation’s largest motorcycle parts and accessories superstore with 15 locations nationwide.

MotoOnline.com.au has been recognised as the leader in Australian motocross and supercross coverage throughout the past decade, while Inside Dirt is established as the go-to podcast covering the sport domestically.

Each AMX Superstores MotoOnline.com.au ProMX Recap Show will be available on Apple Podcasts and Spotify, as well as additional podcast platforms, in addition to being aired live through social media.

A special preview show will launch the new season on Thursday, 8 April, live at AMX Superstores Lynbrook, just three days out from Wonthaggi’s opening round of the 2021 Penrite ProMX Championship.