This year is shaping up to be a strong one for Australian motocross racers against the world’s best overseas, with a selection of highly-capable riders on track in Europe and the US. In this latest Q&A, MotoOnline digs a little deeper into the prospects of our internationals during season 2021. 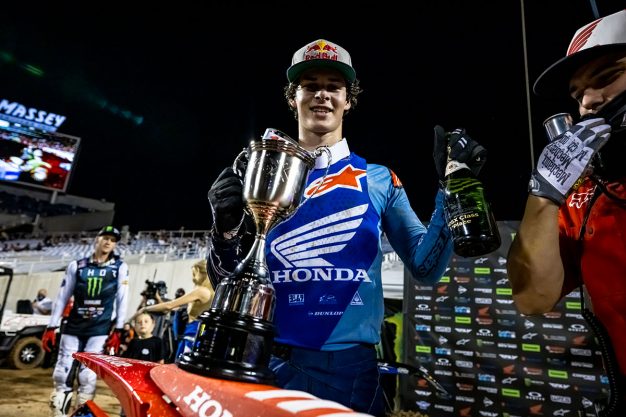 Q: Is it possible for both Lawrences to win Supercross championships this year?

A: Both of Team Honda HRC’s 250SX contenders have stood on top of the Monster Energy Supercross podium this year, becoming the first Australians since Chad Reed’s title-winning year in 2002 to stand atop the podium in the 250 class (labelled 125SX at the time of Reed’s success). Stats aside, both Hunter and Jett Lawrence have risen to the challenge and proved they have what it takes to be champions. As it stands right now, Hunter is just six points behind series leader Justin Cooper and even carried the red plate into Saturday’s third outing at Arlington, so a shot at the Supercross title is well within his reach. As for Jett, even though the younger Lawrence brother has won two races, he crashed out of Indianapolis 2 and is now 38 points off the lead with just one penultimate eastern regional round and the Showdown remaining. It’s still mathematically possible for Jett to take the title, but it’s highly unlikely for this year.

Q: Which Lawrence brother will be better outdoors?

A: That’s one of the biggest questions that we’re looking forward to having answered as the AMA Supercross championship begins winding down. Before the Lucas Oil Pro Motocross Championship gets under way, though, it’s going to be fascinating to see how the East/West Showdown at Salt Lake City shakes out with the Lawrence brothers going head-to-head for the first time in this current season. The outdoors is a different beast, however. On paper, Jett possibly is slightly more of a favourite seeing as he won the final round of the series at Fox Raceway last year, while Hunter struggled with crashes and injuries all season. Still, don’t forget the elder brother finished on the podium at High Point and Millville in 2019, plus has a bunch of MX2 World Championship podiums to his name too. The rivalry is certainly one we’ll keep tabs on over the coming months.

A: There’s little doubt in the Rockstar Energy Husqvarna racer’s mind that he can make good on his promises and claim the 2021 title. Beaton’s gone public with the fact that his eyes are on the main prize, but it’s certainly not going to come easily. Last year’s MX2 champion, Tom Vialle is eager to defend his trophy, while Jago Geerts (who was either blazingly fast or crashing spectacularly in 2020) and Frenchman Maxime Renaux are also back for another shot. If Beaton is to claim the championship this year, he’s going to have to do it the hard way and consistently beat each of these guys most weekends. It’s not impossible by any stretch, but it will be a huge challenge. 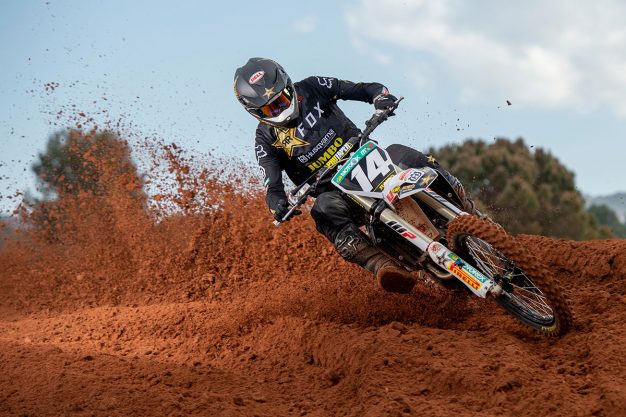 Q: What can we expect from Mitch Evans this season?

A: If the Team HRC racer can stay injury-free this year, there’s no reason why Mitch Evans can’t become a regular feature on the MXGP podium and could potentially fight for round wins. With the current MXGP world champion, Tim Gajser, as a team-mate, a year of experience racing the premier class and some promising 2020 results (before his year was brought to a premature end with a broken wrist), Evans will almost definitely be eyeing up regular visits to the podium this year. The MXGP season has been delayed until May, which will give Evans more time to prepare, perfect the settings of his latest CRF450R and find the extra few percent that he needs to battle for race wins.

Q: Who else can we follow in the MXGP series this year?

A: North Queenslander Wilson Todd will again race the MX2 class for the Dixon-operated Kawasaki team – now called Bike It MTX Kawasaki – in the second season of his two-year contract with the UK-based team. The two-time Australian champion’s rookie campaign in 2020 certainly didn’t go to plan as he tore his ACL at the second round of the championship and spent the rest of the season in recovery mode. Todd’s pace early in 2020 was on par with the top five guys, so his focus will be on obtaining better results in 2021, as well as staying healthy for the entire season. Also watch for talented Western Australian Tahlia O’Hare in WMX after claiming 10th in last year’s world championship and securing a seat with Team Honda 114 Motorsports for this season, which is a great opportunity for her to capitalise on as experience increases.

Q: What happened to Geran Stapleton in SX?

A: The Victorian is currently recovering from a big qualifying crash at Houston 2 that resulted in four broken ribs and compression fractures to three vertebrae. He’s told us that his recovery is taking a bit longer than expected and he only started riding again this week. The original plan was to return for the final two rounds at Salt Lake City, but he’s taking it day by day and will see how he’s feeling closer to the time. He also plans to race a few Lucas Oil Pro Motocross rounds that are close to his base in California, then return home for the yet to be announced Australian Supercross Championship.