Australia’s 2021 racing season is set to crank into life over the coming weeks and, after the minimal events we saw last year, the excitement levels across the country are on the rise. In this instalment of Countdown, MotoOnline picks out the most anticipated events on the calendar, both domestically and internationally. 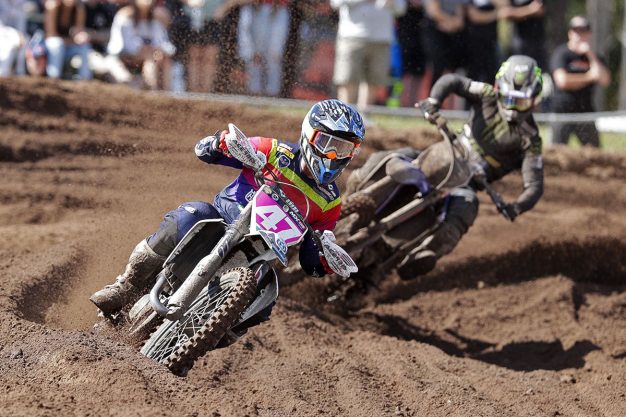 8. Motocross of Nations (TBC):
While the Motocross of Nations (MXoN) was initially slated to be held at the Imola circuit in Italy, MXGP promoters Infront Moto Racing has now placed the hugely popular race in a holding pattern in its most recent update. Although the date – 28 September – is still locked in for the MXoN, there is now a TBA next to the location. Of course, a lot hinges on how the pandemic situation evolves and affects international travel over the coming months, which will also dictate whether Australia can even compete (Mitch Evans, Jed Beaton and Jett or Hunter Lawrence), but after a year’s hiatus there’s going to be renewed interest in the Olympics of motocross.

7. Australian Supercross Championship:
Even though we’re still waiting for the 2021 Australian Supercross Championship to be finalised and announced, promoters have publicly stated that they intend to hold a series in 2021. Again, everyone involved will be keeping a close eye on any developments in border restrictions, as the hugely popular AUS-X Open relies heavily on having international racers on its billing. If borders remain shuttered to free-flowing international travel, the 2021 championship will probably still go ahead, but with the AUS-X Open either modified or absent from the calendar. Either way, absence has made the heart grow fonder and there’s genuine excitement around a return of the national Supercross championship this year.

6. ProMX opener (Wonthaggi):
After the best part of 20 months with zero motocross racing at a national level, anticipation levels are at a real high for the Australian Motocross Championship to begin next month. Adding to the buzz is the fact that we have a new organiser with Motorcycling Australia (MA) taking the reins and an entirely new-look series branded the Penrite ProMX Championship, with live TV coverage, new formats, venues and points structure. On top of that, a number of Australian racers gained valuable experience racing in Europe and the US last year and will be eager to lay their cards on the dark, loamy table at Wonthaggi, on 11 April. There are so many questions to be answered once the gate drops.

5. MXGP round one (Netherlands):
It’s been 24 years since the Motocross World Championship visited the Dutch track of Oss, so to have the sand-loam track host this year’s opening round of the MXGP is a real unknown, yet fascinating, prospect that could play well into the hands of Dutch stars such a Jeffrey Herlings and Glenn Coldenhoff. Having now had time to come to terms with the pace and venues of most MXGP races, this year’s championship should also see Rockstar Energy Husqvarna’s Jed Beaton (MX2) and Team HRC’s Mitch Evans (MX1) come of age. Beaton has already publicly stated that he’s gunning for the title this year, while Evans, who showed encouraging improvement through 2020 in his rookie MX1 year, will also be eyeing regular podium results. 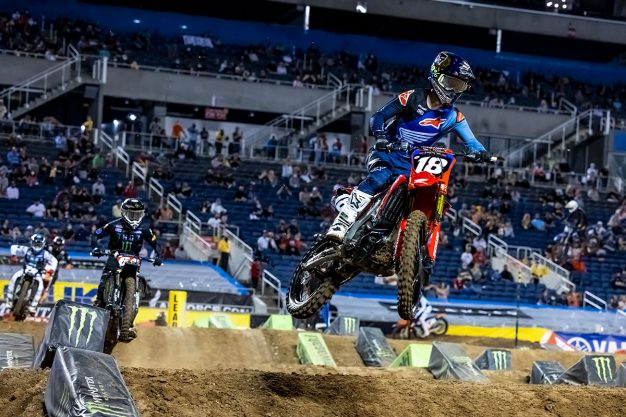 4. Supercross finals (Salt Lake City):
This year’s Monster Energy Supercross championship has been spectacular so far from a fan’s perspective, with unpredictable results and tight, aggressive racing across all classes. At this rate, all championships are likely to come down to the wire at Salt Lake City’s Rice-Eccles Stadium, where the final two rounds will be held over consecutive weekends. For Australian fans, the most mouth-watering prospect will be the 250SX Showdown, where brothers Hunter and Jett Lawrence will bang bars in a bid for family honours and hopefully put to rest two years of speculation as to which larger-than-life sibling is the quickest – in Supercross, at least!

3. AORC/ProMX QMP double:
Southeast Queenslanders are in for a major treat in August, with Queensland Moto Park (QMP) confirmed to host a three-day weekend of national championship racing. On 6-7 August, rounds seven and eight of the Yamaha Australian Off-Road Championship (AORC) will be held at the complex, before the sixth round of the ProMX Championship holds centre stage on Sunday, 8 August. While a Supercross race has run alongside the MotoGP at Phillip Island in recent history, this will be the first time ever that off-road racing and motocross will converge on the same venue at the same time and will set the stage for a real festival of all things dirt, two wheels and racing.

2. Pro Motocross decider (Hangtown):
Usually, the words ‘motocross’ and ‘Hangtown’ are used together in relation to the opening round of the Lucas Oil Pro Motocross Championship. However, 2021 will be different though, as, for the first time in the series history, Hangtown will host the final round. If the current Supercross series is anything to go by, we’re in for a barn-storming outdoors series with a multitude of contenders – including Australia’s Lawrence brothers – eager to wrest the crowns and both championships could easily go down to the wire. Hangtown will certainly have a different feel, and with it now held in mid-fall (aka autumn) instead of early summer, conditions could be very different to what racers usually encounter at the Californian circuit.

1. ProMX double-header finale (Coolum):
The final round of the Australian Motocross Championship at Coolum, QLD, has traditionally been a two-day motocross event, with qualifying and support races on Saturday, followed by the final races of the premier classes on Sunday. This year the action will be thicker and faster, with Coolum playing host to the penultimate and final rounds of the ProMX Championship on consecutive days, which it also has done on occasion prior. The dark sand and deep ruts of the Coolum Pines circuit are harrowing on a good day, but running two full days of racing back-to-back on a brutally rough track is certain to test the racers to the limit. Whoever lifts the trophies at the end of the weekend will have certainly earned the ability to do so.