Teenager on sidelines after electing to undergo surgery on pre-season injury. 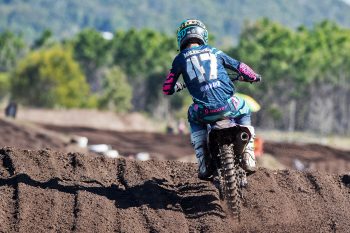 The anticipated homecoming of Bailey Malkiewicz to the Australian Motocross Championship will be delayed after the WBR Yamaha rider injured his knee and elected to have it repaired.

Malkiewicz was impressive in the MX2 World Championship last year, but had opted to return home and enter MX1 in the Penrite ProMX series.

The teenager’s reunion with WBR has been short-lived, however, ruled out of Wonthaggi’s opening round and a large portion of the coming season. It’s not yet clear when he will be fit to return.

““I am gutted to have to take time off to repair my knee, but I am still young and this is the best outcome for my career,” Malkiewicz commented. “I was really looking forward to competing on the YZ450f in the new ProMX series, but for now it will have to wait until my knee is back to 100 percent and I can represent WBR Yamaha and our team of sponsors in the best possible light.”

With Malkiewicz out, the expanded Bulk Nutrients-backed WBR Yamaha team will field a three-rider roster through the 2021, led by Maximus Purvis in MX1 and Alex Larwood in MX2, as well as Liam Andrews, who moves up through the Yamaha Junior Racing program directly into MX2.