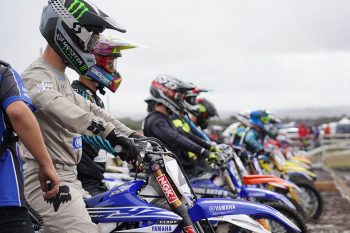 A wide-range of adjustments have been made to the Australian Motocross Championship ahead of the 2021 season under the management of Motorcycling Australia (MA), revealed within the supplementary regulations of the new-look series.

Following more than two decades with private promoter Williams Event Management (WEM) holding the rights to the championship under the MX Nationals brand, Penrite ProMX is scheduled to commence at Wonthaggi, VIC, on 11 April.

“We’ve spoken to teams, riders and our partners about the inaugural year of the 2021 Penrite ProMX Championship, presented by AMX Superstores, about these new initiatives the ProMX Management Team are introducing and the feedback has been very positive,” MA CEO Peter Doyle stated.

“These changes are about making each round exciting and challenging for our riders and also providing plenty of entertainment for fans at the track and we believe we have struck the right balance. We will also have some exciting news about the developments of our media platforms in the coming weeks.”

A mixture of formats have been tested within the championship over past seasons. The abandoned 2020 season was due to revert to traditional dual 30-minute motos at every round, while MX2 was slated to have both 30-minute and 20-minute motos. Prior to that, the last time the series was run in 2019, laps were utilised for moto duration and a sprint structure had been in place.

Championship points awarded will also revert to a more usual spread of finishers, with 25 points awarded to each moto winner, followed by 22 (second), 20 (third), 18 (fourth) and 16 (fifth). Sixth will receive 15 points, reduced by one point all the way to 20th position, while there will be no points for qualifying. Previously, 35 points went to the winner and spanned through 30th.

An increased amount of prize money will now be distributed per round within the top 10 of MX1, MX2, MX3 and MXW, rather than for the championship – the MX1 and MX2 series top 15 eligible last time the series ran in 2019 – and there will also be $500 awarded to the top MX1 qualifier of each round. Holeshot money hasn’t been referenced.

The spread of prize money is now more balanced across the categories and is higher in total, however, the earning capacity of pro-level riders has been vastly revised under this new model. There will be no championship prize money moving forward, including that previously awarded to the top privateers in MX1 and MX2.

Prize money had long been a point of contention under WEM management since it had been structured in a way that rewarded those who contested the entire series, while MA’s approach will instead offer round-by-round incentives. In total, it is understood that the amount on offer from 2020 to 2021 has risen from $48,400 to $65,750, while prior to the challenges faced by WEM last year, the most recent season completed in 2019 offered $61,700.

Additionally, competitors within the MX1 and MX2 categories will now receive four passes including one for riders and three for supporting crew, while all other classes will receive three passes in total. Previously, each entrant would be supplied two passes across the board.