Who's heading where in Australian motocross and off-road for this season.

With the 2021 domestic race season due to start in April, all of the main motocross and off-road team seats have been filled. Off the back of a year that saw very little competition happen at a national level, there was a lot of movement over the off-season, with some surprising number of organisations switching up their rosters. This edition of Top 10 details the key changes we’ve taken note of. 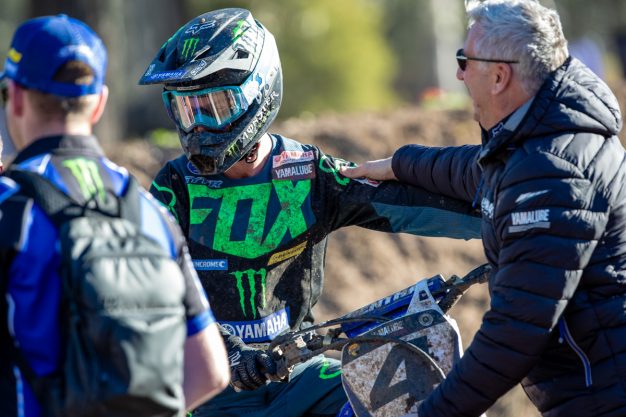 1. Luke Clout’s CDR Yamaha Monster Energy homecoming:
Arguably one of the biggest – and most surprising – moves of the off-season came when Luke Clout turned down a seemingly golden opportunity to continue racing in the US with Australian-owned team Muc-Off Honda Racing in favour of returning to his former team, CDR Yamaha Monster Energy. Clout, who finished a career-best fifth at last year’s Supercross round at Oakland, opted to return home due to the pandemic that’s still causing havoc overseas. The 26-year-old finished the 2019 MX Nationals in fourth overall and will be hungry for the title and prove to everyone including himself that he made the right choice by returning. Clout will race alongside Hayden Mellross, who returns for a ‘second’ year under Craig Dack’s leadership.

2. Kirk Gibbs sees red with Honda:
In what was effectively a swap with Clout, 2015 Australian motocross champion Kirk Gibbs has inked a deal to ride for Yarrive Konsky’s Honda Racing team in the new-look Australian ProMX championship. Gibbs’ deal is to race the outdoors only, after which Justin Brayton will be subbed in for the Australian Supercross Championship. That’s not a new thing for the Sunshine Coast-based Gibbs since he’s been a motocross-only racer for the past five years. Gibbs’ team change came after two years at CDR Yamaha Monster Energy and he’ll be joined by stalwart racer Brett Metcalfe (MX1), as well as Kyle Webster (MX2), the latter of which has returned to Australia after a brief, injury-ridden campaign in Europe.

3. Nathan Crawford comes home to Serco Yamaha:
Another big change-up this year – and one scarily similar to that of Clout’s – was the announcement that Nathan Crawford would return home after a roller-coaster year contesting the MX2 World Championship. The parallels are uncanny, with Crawford racing a Honda overseas in 2020, but opting to come back to Australia to race again for his former team, Serco Yamaha, in 2021. Bizarrely, both Crawford and Clout also finished their 2019 title fights in fourth and both on Yamahas. Crawford will be hoping the valuable experience he gained racing against the world’s best will set him in good stead for a crack at the ProMX MX2 championship. He’ll be lining up alongside his Serco Yamaha teammate, Jesse Dobson, who is locked in for a second year.

4. Regan Duffy graduates at KTM:
Western Australian teenager Regan Duffy is making one of the biggest moves of 2021, after he was confirmed to have secured the sole KTM Factory Racing seat in the MX1 class. Duffy won the MXD championship in 2019 and signed to race for Todd Waters’ Berry Sweet Husqvarna in the MX2 class last year, but never got wheels behind the gate at a national level due to the series being cancelled. The 18-year-old has plenty to prove in 2021, but you’d be brave to discount him from scoring some strong results.

5. GasGas signs Aaron Tanti:
KTM Group’s new ownership of Spanish manufacturer GasGas opened up fresh factory-backed race seats in motocross pits across the world and Australia is no exception. Aaron Tanti is another Aussie who’s returning home to race domestically after spending some time racing Supercross in the United States and has been confirmed as GasGas’ MX1 racer for 2021. Tanti was initially slated to head to America full-time this year after departing Serco Yamaha, but COVID stopped those plans and instead he’s landed a premier class here at home. 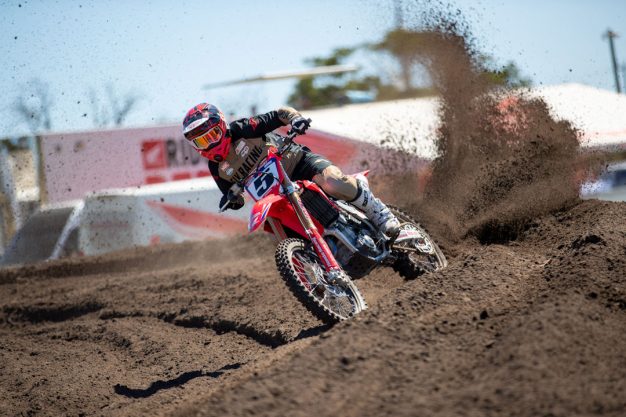 6. Mason Semmens slides to GasGas:
After a promising start to his new Australian Off-Road Championship (AORC) career with the KTM Enduro Racing Team last year, Victorian teenager Mason Semmens is taking a sideways step to the KTM Group-owned GasGas awning for 2021. While it’s not a major team jump, the former MX Nationals podium placer will be armed with new weaponry, racing the EC 250F in the E1 class. He’ll be the lone representative under the GasGas tent, while 2020 outright winner Daniel Milner will remain with KTM on the now single-rider team. 2019 MX Nationals champion Todd Waters has again signed up for double duty for Husqvarna, racing both the motocross and AORC series, while Dylan Wills is on Husqvarna’s in-house factory team for Supercross later this year.

7. Bailey Malkiewicz back to WBR Yamaha:
Rounding out the Australians who have decided to return home this year is Bailey Malkiewicz, who will complete the WBR Yamaha Bulk Nutrients’ four-roster team for 2021. Malkiewicz enjoyed success with the WBR team in 2018 and 2019 before taking the plunge to join French-based Team Honda 114 Motorsports to race the MX2 class in the 2020 world championship. As the disrupted series progressed, Malkiewicz found his feet and secured three top 10 moto results on his way to 14th overall. With no tempting offers coming his way for 2021, he’s decided to return to Australia to line up in the MX1 class and will be joined by Kiwi Maximus Purvis (MX1), Alex Larwood (MX2) and Liam Andrews (MX2).

8. Rhys Budd joins Yamalube Yamaha Racing:
Rhys Budd is casting aside privateer life after receiving a call-up to join the Yamalube Yamaha Racing team for both the ProMX and Australian Supercross championships this year. Budd will contest the MX2 class and is already proving to be a threat after finishing on the podium at the Coffs Harbour Stadium MX last month. He joins former MX2/SX2 champion Jay Wilson and 17-year-old Levi Rogers, who both carry over their team seats from 2020.

9. Matt Moss returns to racing:
While we mightn’t be talking about a seat on an established team here, former multiple Australian champion Matt Moss’s return to the sport is certainly worthy of a mention. It’s been more than four years since he was banned from competition, but with the lengthy penalty now behind him and his comeback delayed a year by the cancelled 2020 championship, Moss is fiercely determined to prove himself as a serious title contender again. Mossy is lining up on a privately-backed Yamaha and has already made his intentions clear by finishing second overall at the Coffs Harbour Stadium MX last month, piloting an almost-stock YZ450F.

8. Callum Norton leads Husqvarna into the desert:
Motocross racer turned off-roader Callum Norton has cemented his wide-open focus by signing to race for an all-new Husqvarna Racing Team in 2021. The 20-year-old raced for KTM at the 2019 Finke Desert Race and finished an impressive fifth outright at the legendary event, while on top of that, Norton finished third in the E3 class at the opening two rounds of the 2020 AORC at Toowoomba, despite being relatively new to the sport. He made the most of a largely event-less 2020 to undergo a knee reconstruction and is now working towards the mid-winter desert racing season. In addition, national MX1 champion Waters was already mentioned to be riding ProMX and AORC, while Wills will ride SX1.