Late last year, Luke Clout made the shock decision to return from lining up in Monster Energy Supercross with Muc-Off Honda (formerly Penrite Honda) in favour of another crack at the Australian Motocross Championship for 2021 with his former team at CDR Yamaha Monster Energy. Things got off to a promising start already this month, with the 26-year-old cleaning up the Coffs Harbour Stadium MX and MotoOnline caught up with him to get his Fast Thoughts on his plans going forward. 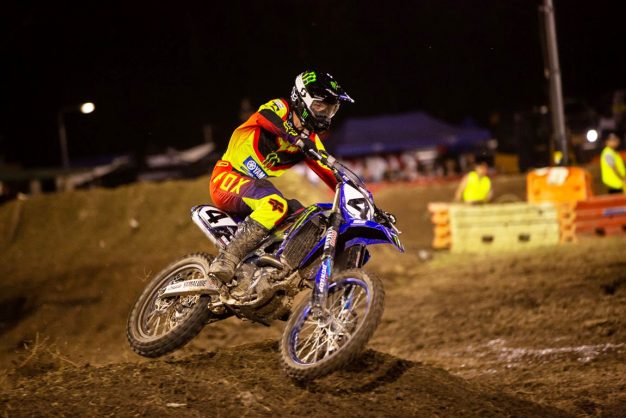 For a lot of people, the Coffs Harbour Stadium MX is the first race of the season, so it was good to get back on the Yamaha and have a first hit-out. There’s always a decent showing of national-level riders who turn up, so to go out and win every race by five- to 10-second margins was quite confidence-boosting and hopefully I can keep that rolling throughout the year. It was also a good opportunity to get some gate-time and learn some stuff on the bike, as there have been some slight tweaks to the YZ450F from when I rode it in 2019.

The decision to return to Australia for 2021…

It was a tough call to come home, but one of the biggest reasons I decided to not stay in the States was the whole COVID-19 situation over there. It’s not great and all of the day-to-day restrictions got quite annoying to deal with. At the same time I received a great offer from Yamaha, to race for the team I gelled really well with in 2019, so I feel like it’s a great opportunity. It’s so good being back and enjoying a relatively normal life with my family and friends. After being in the US it’s made me realise how lucky we are to be in this position, where we can continue living with hardly any restrictions.

I’ve been keeping an eye on the racing, for sure. Half the guys I raced in the 250s are out there and when I watch I can’t help and compare myself to them and how I’d go. Obviously I’ve made the decision to return home, and the world is dealing with this pandemic, so while it’s a bummer not being there racing, it’s a decision I made, I’m happy with it, and I can’t dwell on it. I’d love to get back there at some point, but the world’s going to have to sort itself out first and return to some sort of normality. 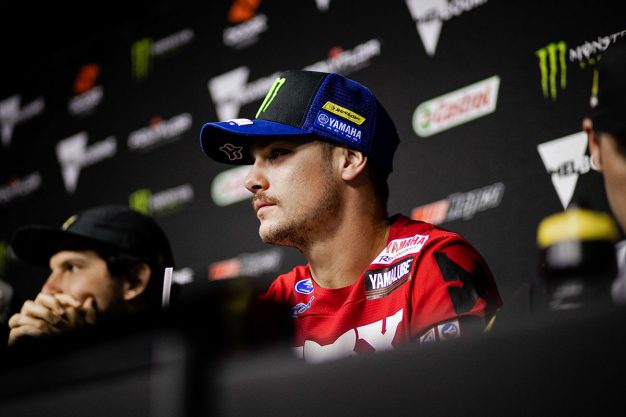 It honestly feels like I didn’t leave. From the day we finalised the deal it’s been a smooth transition. They sent up a bike and parts, and because I raced for them just two years ago, we have a really good base setting that I won on. I’m riding well and I’ll only get better once our travel restrictions ease up here in a couple of weeks and we can fly to Melbourne to test. In a normal scenario we would’ve tested in early January and get accustomed to the team, but because we’ve worked together before and have that good base setting for the bike, I feel like things are tracking really well for us. I’m really excited for the season to start.

Expectations for the new ProMX championship…

I’ve been hearing a lot of good things about it and there are people working hard behind the scenes to make this a great series. The schedule and tracks look good, and a TV agreement will help elevate the sport and help get us recognition for what we do. I’m really excited that MA has stepped up and hopefully they can help take the sport to the next level. There are tracks I haven’t raced in years, such as Canberra and Albury, so we’ll do some local races before the championship starts to make sure we’re prepared for them. Between now and the season opener I’m trying to get as much bike time as possible to build up my fitness. Once February rolls around I’ll go into a hard six weeks of boot camp to get myself conditioned, then it’ll just be a case of maintaining my fitness and form throughout the season.