Rising young talent to join Wilson and Rogers for 2021 season. 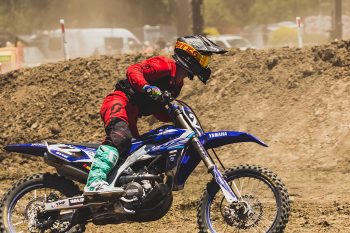 Yamalube Yamaha Racing will expand once again to three riders for the 2021 season after signing Rhys Budd alongside Jay Wilson and Levi Rogers for ProMX and the Australian Supercross championships.

Budd will enter MX2 remaining aboard YZ250F machinery, but gaining a position in the factory team, which last season was scheduled to field Japanese guest Kota Toriyabe as a third entry in the nationals.

“It was awesome to get the offer to race with the Yamalube Yamaha team for the 2021 season and I will be doing everything I can to reward them for this opportunity,” Budd said. “I have seen how the team operates and even last year when I was in need of assistance at an event they stepped up and helped out, so I know I’m in good hands.

“It will also enable me to dedicate more time to riding and training and I’m more motivated then ever to make this season my best yet. I look forward to riding as often as I can with Jay and Levi and working together to make us all fitter and faster. I can’t wait to get stuck into a big preseason with the team and lean on them to help bring out the best in me.”

The weekend’s Coffs Harbour Stadium Motocross event marked Budd’s official debut with the team, where he finished on the podium in the MX2 category. He’s now set his sights on additional state-based events in the build-up to April’s ProMX opener.

“I have watched Rhys closely over the past 12-18 months and I admire how he goes about his racing,” commented Yamalube Yamaha Racing’s Mike Ward. “He puts in both on and off the bike and has shown good skills at motocross and supercross.

“He is a welcome addition to our team. We look forward to working closely with Rhys and assisting him to the next level in his career and take some of the financial pressure off him and his family so he can dedicate himself 100 percent to racing.”