How, why and what you need to watch for when the gates drop at H1.

We’re in unprecedented times entering Monster Energy Supercross for 2021, with the gates set to drop this weekend in Houston and not the traditional Anaheim 1 opener. Across the board we’re anticipating a vastly different series, but while so much is different on the surface, once the top riders of the sport are on-track, the competition will be as hard-fought as it ever has been. Q&A outlines 2021’s take on the new championship season. 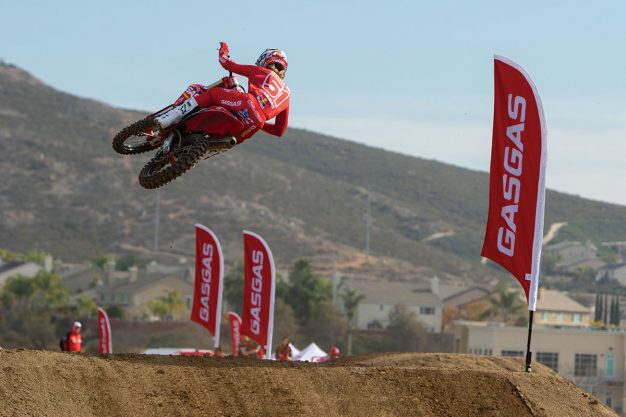 Q: How much different will the opening round be starting outside of California?

A: It’s been over 25 years that California – Anaheim 1 in the modern era – has hosted the Supercross season-opener, however, this time around it’s NRG Stadium in Houston, Texas, that gets the honor as a result of COVID-19. Pressure-wise, there will be less people in attendance, not as many industry heavyweights or the traditional A1 hype, but as Adam Cianciarulo eluded to in this week’s press call, there’s always a lot of expectations going into a new season. Game on!

Q: What are your thoughts on the schedule put together by Feld Motor Sports?

A: There’s been a lot of talk regarding the 17-round schedule made up of triple-headers, mid-week races and a lack of west coast-based events, but we’re excited. Having multiple races in the same cities will be intriguing to see how the crowds respond, even at reduced capacities, while the Tuesday races will be particularly enjoyable for fans to watch after work and it was a success in Salt Lake Last year. There are some returning venues, some new ones and a number of historic locations left off the calendar, but still, props to Feld for getting this together.

Q: Who will be the riders to watch in both 450SX and 250SX East this weekend?

A: On paper, the depth of 450SX is ‘better than ever’. And it is. In recent years it’s been Justin Barcia who has come out firing and he has an extra buzz about him already this year, but let’s be honest, take a browse over the entry lists and there are well over 10 riders capable of challenging for the win. As for the 250s, Austin Forkner and Jett Lawrence will be up there of course, as will Christian Craig on the Yamaha, who we hear is flying at the test track.

Q: Barcia’s gone to GasGas, but Yamaha’s 450 program has moved across to Star Racing. Which one of them will perform better?

A: To us, this is one of the most interesting topics of the year going in. Barcia’s high-profile transition to the TLD Red Bull GasGas team has been huge (air shock, anyone?), so we know he will be better for that. On the flip-side, Yamaha’s factory team is now operated by Star in both classes and the YZ450F is much better as a result. We’re tipping Barcia to have the edge early, but then again, Malcolm Stewart, Dylan Ferrandis and Aaron Plessinger is a combination that you can’t count out if they have the package beneath them. 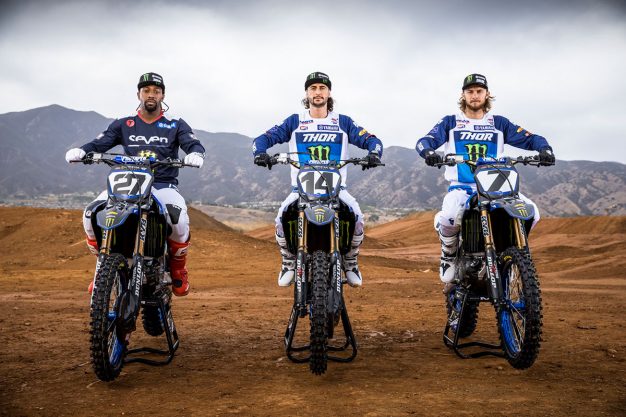 Q: Can you give us an idea of the riders – outside of the usuals – that you expect to impress this year?

A: Lets keep this to the premier class and, so far, the rider who appears to be turning things around most is Plessinger. After a dominant year in 250s during 2018, it’s no secret that his home is at Star and it’s clear he is far happier with the bike already. Racing tells the real story though, so let’s see. Also, those high-profile rookies such as Ferrandis, Chase Sexton and even Shane McElrath once healthy are super-talented and proven race winners up until now in their careers.

Q: Are there any specific championship favorites this before the series commences?

A: It has to be defending champion Eli Tomac in the 450 class, fresh from breaking through one year ago with Monster Energy Kawasaki. It won’t be handed to him though, because Cooper Webb wants the title back and the likes of Ken Roczen, Adam Cianciarulo, Zach Osborne, Jason Anderson, Marvin Musquin, Barcia, Stewart, Ferrandis and Sexton will all be pressing hard. As for the 250s, the aforementioned Forkner, Lawrence and Craig appear to be the top riders in the east for now.

Q: Why is this year so important for a number of the big names? Plessinger, Savatgy, Forkner, Craig, etc.

A: For a selection of riders, 2021 could be pivotal in their careers. Plessinger needs results on the big bike, Joey Savatgy has to take advantage of his opportunity riding the KTM, Forkner wants that title before stepping up, as does Craig. For all riders every year is vital, but for these guys in particular lining up in Houston, many want to see them deliver. You can add Dean Wilson, Broc Tickle, Justin Bogle and Benny Bloss to the list also.

Q: Do you expect COVID-19 to impact the results through the season?

A: If you’re a top rider, you cannot afford to get COVID-19 over the next few months. A positive test will force them to miss at least a race or probably more, costing critical points for the championship and since there are so many close contacts involved, the spread could be far reaching. Hopefully it doesn’t happen, but there are measures being put in place by teams, every precaution is being taken and it is one of the most nerve-wracking aspects for both athletes and teams this season.