While most Australian teams have practically stalled this year, Yamalube Yamaha Racing has enjoyed lining up for a comparatively decent number of races. Run by Yamaha Motor Australia MX/SX development supervisor Scott Bishop, the Queensland-based operation kept busy with a range of events and initiatives, so we caught up with Bishop to get his take on 2020. 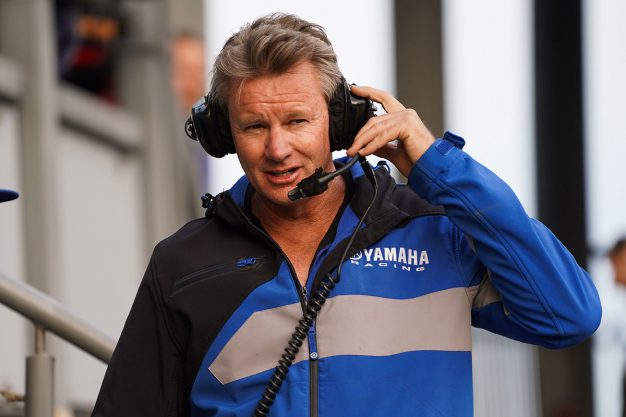 Tell us a bit about how 2020 has been from your perspective.

I remember driving out of the Mountain Man MX event in Toowoomba in early March and my head was full of what we needed to do to be ready for the MX Nationals that were due to start in a few weeks time. Never did I think that by March 24, the entire country would be locked down. The initial shock took some time to get over, but overall as a team we’ve been able to make the most of the situation and remain active and relevant. We contested as many Queensland events as possible as a full team. We did the Sunshine State MX Series, the QLD MX champs, the King of Capricorn event in Rockhampton that our head team tech, Mike Ward, was instrumental in helping run, as well as the ‘Factory for a Day’ project, which was well received. The team has also helped out in the Yamaha warehouse when required and also helped other Yamaha riders with parts and maintenance. Looking back, I feel we gave the riders, team sponsors and team personnel every opportunity to be represented at the best level possible, given the circumstances.

Being a Queensland-based team turned out to be a real advantage this year. What benefits did it give you and your team?

We’re very fortunate to be in Queensland. Some tracks were able to open in May, MA-aligned venues started in July and we were racing again on July 17, so it’s clearly been a lot easier here than it has been in some of the other states. It’s a shame that national racing couldn’t go ahead, but the racing in Queensland this year has been really strong – a lot of high-quality riders live here and contested local events – and the MX2 field has been particularly strong.
But it’s pleasing to see the other states are all now up and going, as WA, SA and Tasmania have all been running state-based events, NSW has had a couple of rounds of the East Coast MX Series and I see Victoria is due to run an event before the year of the year. Let’s hope it’s the start of things returning to normal for 2021.

How many weekends have you spent at the races this year?

I think myself and the Yamalube Yamaha Racing team have done about 10 weekends this year. Mike and Jay [Wilson] have done more as they raced AMA Supercross in the US in January and February. A normal year for us can be anywhere between 25-30 weekends a year when you combine local racing, national racing, juniors and some promo weekends. Results-wise, Jay won the QLD championship and the Sunshine State series, which were his goals when we were aware they might be the only races we get to. He was also great with the kids during the King Of Capricorn and with the Factory for a Day riders, plus kept his riding schools going with good numbers. Levi Rogers is 17 and this was his first year out of juniors, so it’s been a great way for him to gain experience without the pressure of national events. He was upgraded from expert to pro at a state level after one race and then quickly proved he had the pace to run with the fast guys – he just needed fitness and maturity to finish the job. He was also completing Year 12, so it’s been a crazy year for him also, but one that he will take a lot from and be better for. We also had 21-year-old Kota Toriyabe and his mechanic, Nabe-san from Japan and we worked with him to fast-track his development. Kota landed here with no English, so that made things challenging, but Mike, mechanic Nash Ihle, Jay and Levi all worked together to help him. He left Australia a much faster and mentally stronger rider, so I can’t thank the guys enough for their efforts with Kota and Nabe and YMC was extremely happy with how things went. All I did was corrupt him with a dodgy diet of chicken parmies and garlic breads [laughs]! Has the COVID situation meant the Yamalube Yamaha team had to tighten its belt and just as hard with less money and resources or has it been status quo?

I think every team in Australia had budget changes due to COVID and the best thing is to just accept the situation and make the most of it. Some of the reductions are off-set by the reduced travel and on-the-road expenditure, because our longest travel this year was just seven hours away, so that saves a fair amount of budget when compared to a couple of trips to Melbourne and one to Adelaide from the original WEM calendar. So there were no flights, Mike and Nash stayed in the truck, entry fees are lower for local races and we looked at every way to keep costs down. We also had to be much tighter on our use of consumable items such as chains and sprockets, for example. You make things work and do what you can do ensure the team is on budget and sustainable.

How do you think the boom in motorcycle sales is going to affect the sport in the short-term?

I’m excited that a lot of people have found a liking for motorcycles and dirt bikes. I think the challenge now for everyone in the industry – from MA to manufacturers, distributors to bike shops – is how we keep these new people active in riding. COVID provided the influx of people we couldn’t find naturally, so now we need to keep them involved and keep the motorcycle lifestyle as exciting, simple and affordable as it can be to ensure they continue riding for years to come.

Have you firmed up your team rosters for next year?

We are just working through the final stages of all that now across all the Yamaha teams. The plan at this stage is to start releasing the team line-ups and rider announcements from December 1 and we’re on track to make that happen.