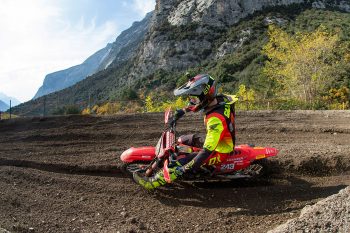 MXGP world champion Tim Gajser completed the 2020 season with another overall victory at the Garda Trentino round, as Ben Watson achieved a round win in the final MX2 outing of his career.

Gajser went 2-1 for the round at Pietramurata, which saw the opening moto won by Romain Febvre (Monster Energy Kawasaki) over Gajser and Jeremy Seewer (Monster Energy Yamaha).

Moto two resulted in Gajser turning the tables on Febvre to clinch the top step of the podium, with the retiring Gautier Paulin (Monster Energy Yamaha) third. It was Gajser who won the final round, joined by Febvre and Paulin inside the top three.

While Team HRC’s Gajser captured the title on Wednesday with a round to spare, fourth overall on Sunday enabled Seewer to climb to runner-up in the final championship standings ahead of Antonio Cairoli (Red Bull KTM), who was 12th at the final round due to a DNF in the second encounter. 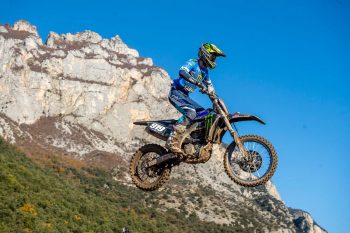 Monster Energy Yamaha rider Watson delivered an emphatic result prior to stepping up to the premier class from next season, winning both MX2 motos for his second-career overall.

That placed Watson on top of the podium for the weekend, joined by Vialle and Renaux, while in the final championship points, Vialle had already been crowned ahead of Jago Geerts (Monster Energy Yamaha) and Renaux. 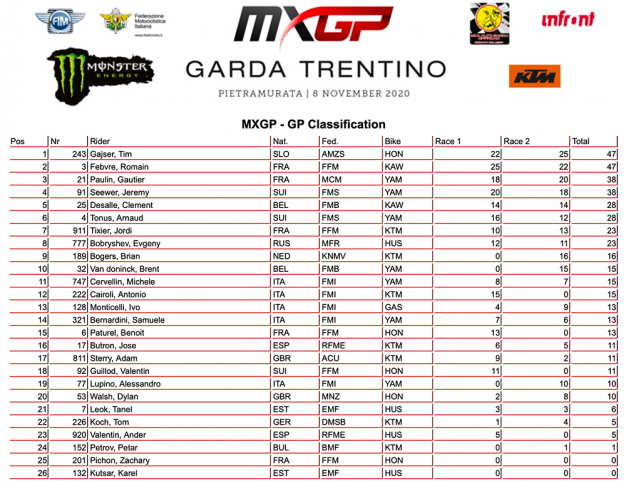