Gasjer and Vialle crowned in penultimate round of MXGP 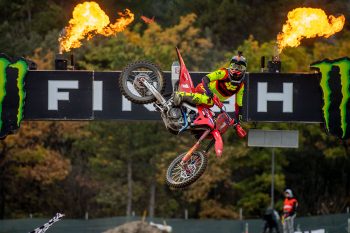 Team HRC’s Tim Gajser has clinched the 2020 MXGP World Championship in the Grand Prix of Pietramurata, joined by new MX2 champion Tom Vialle who also wrapped up the title in Wednesday’s penultimate round.

Gajser won his third premier class crown by finishing second in moto one, this time successfully defending his crown and adding it to his 2016 and 2019 victories.

Moto one was taken out by Jeremy Seewer (Monster Energy Yamaha) ahead of Gajser and Alessandro Lupino (Gebben Van Venrooy Yamaha), before the second moto was won by Gajser – wearing the number one plate in the afternoon – over Romain Febvre (Monster Energy Kawasaki).

Overall, Gajser secured his fourth round win of the season ahead of Seewer and Febvre, while in the championship, he now has an unbeatable 89-point advantage over Antonio Cairoli (Red Bull KTM), who in turn is now only four points ahead of Seewer. 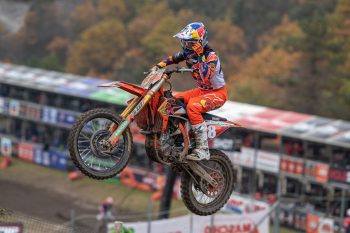 Red Bull KTM’s Vialle earned his first MX2 World Championship with a round to spare by going 1-23 for eighth overall, but his win in moto one was enough to seal the series win.

It was Geerts and Watson who made it a Yamaha 1-2 overall, with Beaton claiming a third podium of the season in third position after taking fourth in moto two. With a single round remaining, again at Pietramurata this Sunday, Vialle holds a 57-point lead from series runner-up Geerts and Renaux.

Of the remaining Australians in the field, Bailey Malkiewicz (Team Honda 114 Motorsports) continued his late run of consistent form with 11th position via 12-12 finishes, while Wilson Todd (DRT Kawasaki) returned from injury to go 21-16 for 20th overall. 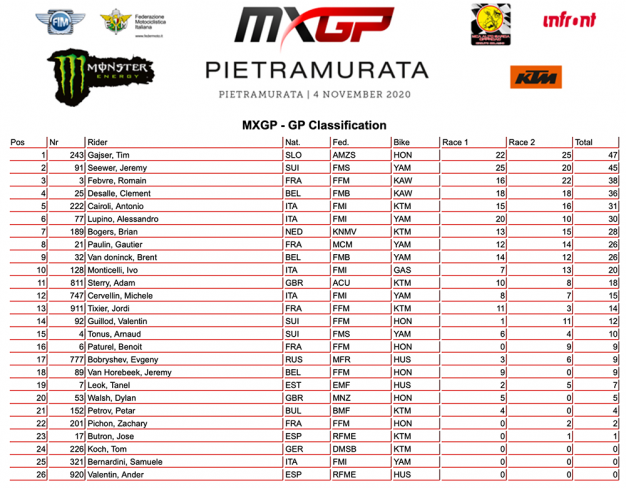 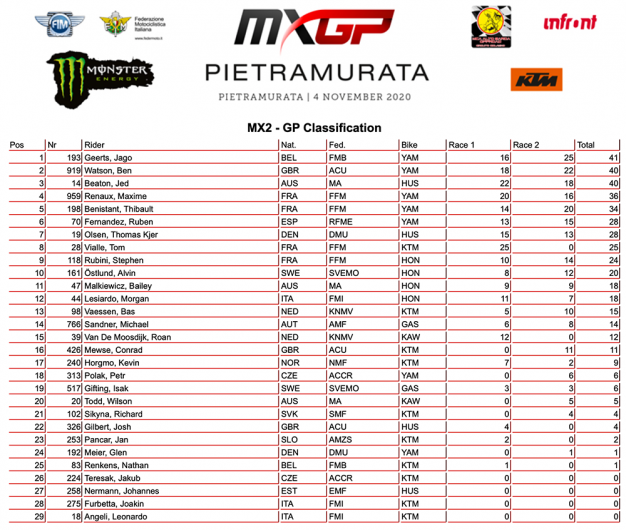