Geerts maintains pressure in MX2 with fifth overall win of the season. 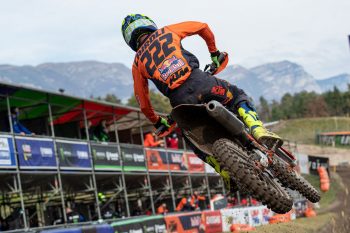 Italian Antonio Cairoli has won the MXGP of Trentino as the final stage of the world championship opened on Sunday, while Jago Geerts was back on top in MX2.

Overall it was Cairoli who stood atop the podium, joined by Gajser and Desalle. In the championship, Gajser now holds a 73-point lead over Cairoli, with Seewer a further 18 points behind in third position. Monster Energy Yamaha’s Geerts crossed the line fourth in the opening MX2 encounter, but bounced back second time out to win and secure the round victory.

Vialle now holds a 73-point lead in the world championship standings ahead of Geerts, who is the final rider within mathematical reach of the lead with two rounds remaining. The GP of Pietramurata will be held this Wednesday, 4 November. 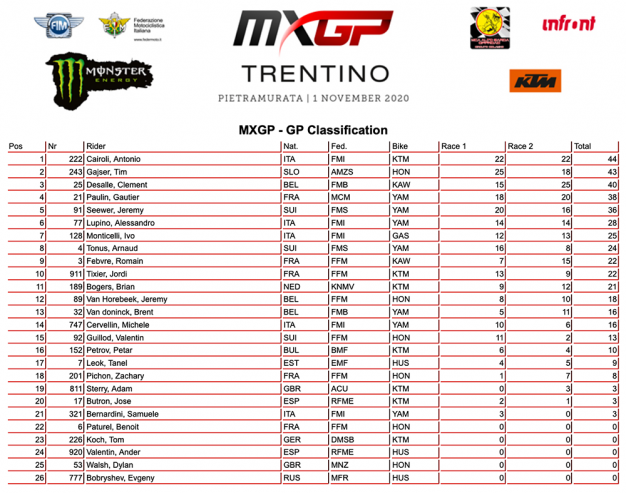 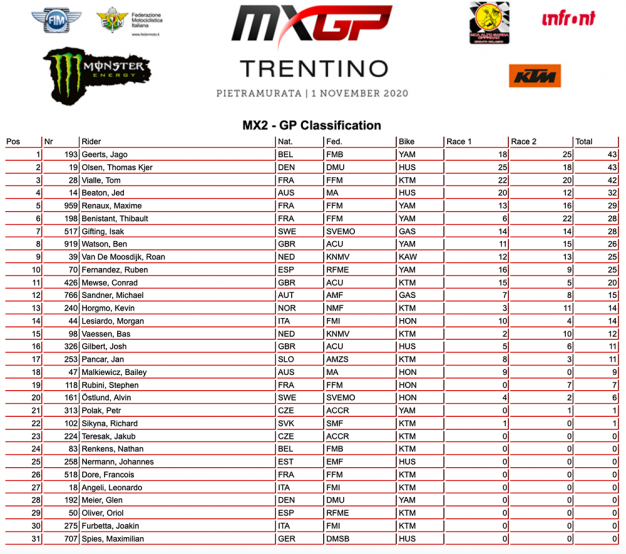