Premier class switch for Ferrandis as Martin and Craig are added to 250 team. A three-year partnership that will see Monster Energy Star Yamaha Racing become the brand’s factory 450 and 250 class program from 2021 has been made official, also confirming its talent-packed 2021 rider roster.

The announcement confirms that Yamaha will cease its in-house team from next season, as Star Racing becomes one of the most powerful organizations in the sport.

“The Monster Energy Star Yamaha Racing team has had a tremendous amount of success over the years with both their Amateur and 250 Supercross and Motocross programs,” said Jim Roach, Yamaha Racing department manager for Yamaha Motor Corp., USA.

“Beginning in 2021, the Yamaha 450 program in both championships will transition to the Monster Energy Star Yamaha team, as well. The overall goal is to continue the success that the team has had and to work toward winning 450 Championships.

“Having the Amateur, 250, and 450 Supercross and Motocross programs with the Monster Energy Star Yamaha Racing team also ensures a smooth transition for riders stepping through the program. It is an exciting time for Yamaha, and we look forward to the upcoming racing season!”

Monster Energy Star Racing Yamaha has signed 250SX West and 250MX champion Dylan Ferrandis to step up to the YZ450F alongside the returning Aaron Plessinger, who previously rode for Star Racing with significant success in his 250 career.

“I have worked for Star Racing for six seasons and will be going on my seventh full season of racing with the team,” 450 team manager Jeremy Coker commented. “For the last five years, I was the engine technician and have been a part of a total of 10 championships wins. I am really looking forward to the opportunity to step up and manage the 450 program and look to take Dylan and Aaron to the top step of the podium throughout the seasons ahead.” At 26, Ferrandis will step up to the YZ450F after delivering Star Racing and Yamaha three 250 championships in the last two seasons.

The Frenchman will lead a new-look 450 program from Yamaha as it ceases its internal operation and outsources the team to Monster Energy Star Racing Yamaha. It is an exciting prospect and one that has taken place following the exit of Justin Barcia, who has been linked to the TLD GasGas team.

“It’s been a dream of mine to fight for a championship in the 450 class in the US,” Ferrandis stated. “I’m so happy to be able to do that with the Monster Energy Star Yamaha team and I feel at home there. I’m still feeling in paradise with two championships this year, but we will get back to work to fight next season.”

For Plessinger, the reunion with Star Racing following two years in the factory 450 team will be a crucial one as he works to establish himself as one of the sport’s elite in the top category. He won the 2018 250SX West and 250MX championships with the organization.

Meanwhile, the 250 squad will be made up by another returning former 250MX champion in Jeremy Martin, joined by longtime Christian Craig, Colt Nichols, Justin Cooper and Jarrett Frye.

“Coming off of two championship wins this season, I’m really looking forward to next season with the goal of carrying that success forward into 2021,” said 250 team manager Will Hahn. “We have a great lineup with Colt, Justin and Jarret returning, some great additions with Jeremy and Christian, and a bright future with Nate, Matt and Nick. I can’t wait for the new year!” The 27-year-old made a miraculous comeback from spinal injuries this year after more than a year on the sidelines, going on to finish runner-up to Monster Energy Star Racing Yamaha 450 class-bound Dylan Ferrandis in the 250MX standings.

“I’m very excited to have the opportunity this late in the year to get back on the Yamaha for next year moving forward into 2021 with the Monster Energy Star Yamaha Racing team,” said Martin. “I’ve won two championships with them in the past so I’m excited to pick up where I left off and end my 250 career with a bang!” 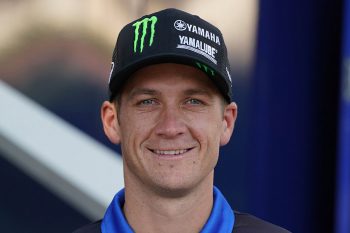 Craig is coming off a strong performance outdoors with Team Honda HRC in the premier class and will be returning to the 250 ranks full-time in 2021.

“Moving to the Monster Energy Star Yamaha Racing team is quite a big deal for me,” said Craig. “Bobby [Reagan] has talked to me every year the past few years to get me over here, but the timing didn’t feel right. Finally this year, I knew I needed to get out of my comfort zone if I wanted to take my career to the next level.

“Their whole program has a lot of structure, which is something that has always benefited me and helped my confidence. I’m extremely grateful to start the next chapter in my career with these guys and look forward to putting in the results I know I’m capable of.”

In addition, the Monster Energy Star Yamaha Racing 250 team has more top up-and-coming riders signed, including Nate Thrasher, Matt LeBlanc and Nick Romano. It’s yet to be confirmed when the full-time professional careers of all three will commence.