How not racing in 2020 has affected the industry from various perspectives.

It’s official. With today’s announcement that the Australian Off-Road Championship (AORC) will wrap-up prematurely, 2020 is now done and dusted on a national level. With no national motocross or supercross championships on the cards this year, we’ve not only experienced the most tumultuous 10 months ever, it’ll also be the quietest. The impacts are far-reaching, too. For this instalment of Input, we touched base with a range of industry people and riders to find out how they’ve been affected and how they’re getting by. Todd Waters (Berry Sweet Husqvarna):
I got impacted massively as the team I was supposed to ride for this year, DPH Motorsports, closed up [at the end of last year], so I reached out to Husqvarna and we came to an agreement for me to take over their factory program and brought on Regan Duffy on the 250. It was stressful and last-minute, but when COVID hit everything got pulled and I lost my job overnight. It was a sticky situation, but I came home one night and said, ‘well, I race for a hobby now’. It didn’t matter that I was the fastest guy in Australia on a motorbike, I had to make that tough call after 15 years racing around the world, but honestly it was the best decision I’ve made in my life. I started up a garage, I got into riding schools and big tours and it’s all gone ape-shit. I’ve never been so busy and it’s opened up my eyes to creating opportunities for after racing. I now train probably a quarter of what I usually do, but I train way harder than ever and I’m so motivated. It showed on the weekend at the King of Capricorn event where I won both the 450 and 250 classes. In a weird way, it’s been a blessing for me and has helped change my mindset, but in a really good way. Next year will be different – I’ll do more riding schools, but will still be racing. I’d love to run the Husqvarna team next year and continue what we had lined up for 2020… we still have a title to defend, after all.

Adam Bailey (AME Management/AUS SX Holdings):
It was a real shame to have to cancel this year’s supercross championship, as we had big plans coming off a really successful AUS-X Open at Melbourne last year. At the same time, the whole situation was ultimately out of our control, so we looked at the positives and have used 2020 to re-evaluate what we do as AME Management – not just events, but the whole business – and will come back swinging next year. Myself, co-founder Ryan Sanderson and a few others moved from Melbourne to Queensland just before Victoria got locked down with the second wave of the pandemic. This means AME now has two offices in different states, which allows us to attend Supercars races and have access to those teams, as the V8s is now of the biggest things we’re involved in. Luckily for us, the lockdown happened before we brought a heap of contractors in to help pull the AUS-X Open together, so we were really, really lucky with the timing – had the second lockdown happened in October we would’ve been in serious trouble. We’re extremely motivated for next year. We’re working on a full rebrand and are doing a lot of other work in the background on some grassroots plans and we hope to be able to announce more about that soon.

Alex Gobert (Foremost Media/MotoOnline):
This year has been all about adapting for most within the sport (and in general), so while the industry is booming by all indications, from a national competition perspective it’s obviously been really quiet since restrictions came into effect. At MotoOnline, this year we introduced our American site over at MotoOnline.com, which has kept us busy with Supercross and Pro Motocross over there, while we’ve also been incredibly fortunate to maintain support from our partners on this, the Australian-specific site. By working together with them to get through the initial lockdowns especially, that’s allowed us to keep pressing on and now it will be really important that we can reset and head into 2021 with momentum – we’ve been working on a number of areas behind the scenes to ensure that will be the case and our platform will continue to evolve. It’s actually a super-critical time in Australian motocross with the series being under new management at Motorcycling Australia (MA). Without racing though, no doubt our agency side of the business within Foremost Media has been affected since our operations are very specific to the sport, so it will be both a relief and genuinely exciting for everybody when the state borders re-open and the gates can finally drop again in 2021. 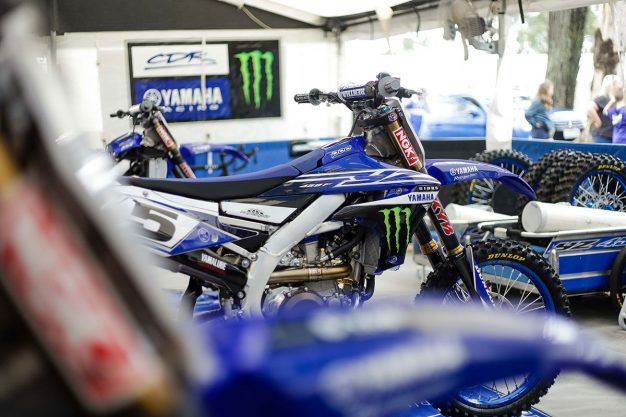 Daniel Milner (KTM Enduro Racing Team):
It feels a bit surreal to be crowned the 2020 champion today after three rounds, especially as the last race we had was back in March. The last three-round championship I did was back in the Enduro-X days, so it’s certainly different. When the first round of restrictions got put in place, I wound my training down a fair bit and found a bit of work on a NSW station with the old boy. When the situation started improving I thought, ‘yep, here we go’ and started to get back into it. When the second wave in Melbourne hit, it all turned to shit and I knew we probably wouldn’t be going back racing. Being based in Victoria, it has been pretty tough. I’m a sole trader and have been on JobKeeper, helping the old boy building, doing some coaching schools and putting effort into the new kids coming through, and I’ve started working at Peter Boyle’s new track, sitting on machinery and building tracks. It’s the flow-on effect that’s the most worrying now. I haven’t signed a contract or anything for next year and I guess all the manufacturers are sorting out their budgets to figure out what’s going on. It’s hard to swallow as the racing’s been so good and we’re paid good money, but now it’s all on ice and we’re having to all work normal jobs to pay the mortgage. We’re lucky to be able to race bikes for a living and you don’t really appreciate that until it’s gone.

Dylan Wills (KTM-supported privateer):
I was a bit lucky, as I underwent a knee reconstruction in January and only got back on the bike in July, so normally I would’ve missed half of the motocross championship. I had agreements in place for supercross that haven’t happened and, as happy as I am that they decided not to run a supercross championship, I wish they’d made the decision earlier. It’s been tough working and trying to train and ride on the proviso that we were going racing at some stage, and for us guys in our mid-20s trying to make the most of a short racing career, we’ve just lost a full season and it’s tough to cop that on the chin. A lot of people in my position are losing deals and stuff, but I’ve got a great relationship with KTM and have good things in place next year. In the meantime I’m running a coaching academy and working as a flag marshall at the Sydney Indoor MX Dome, so have been doing that for the past couple of months to pay the bills.

Greg Smith (iKapture):
As a photographer, last year was a return to the race-track for me and I really enjoyed being back. I was looking forward to getting back to the races this year and shooting most of the AORC and MX Nationals for MotoOnline. It was shaping up to be a great year and some of the places we were going would’ve been great. With all the championships called off I’ve been home an additional 14 or 15 weekends, which means I’ve been able to focus on stuff around the house, even though it’s meant I’ve taken a 30-40 percent hit to my annual income. I’m lucky that I have a ‘normal’ job as well, shooting product photography and training videos for a company called Retail Food Group, which is a franchise company that includes Donut King, Gloria Jeans, Brumby’s and others. Looking forward to 2021, I still don’t know what racing will look like. I can’t see the COVID Safe scenario being dropped overnight, so I expect we’ll see some racing with no crowds – that’s the reality we might face for the first few races at least.