Seven of the best we've witnessed through a strange season so far.

Despite it being an unprecedented year for racing in general, Australians have more than held their own on the world stage and have done a great job of flying the flag in all corners of the globe. Across motocross, supercross and other disciplines, our pro riders have been posting some remarkable results in 2020 and MotoOnline looks at some of the standout performances so far. 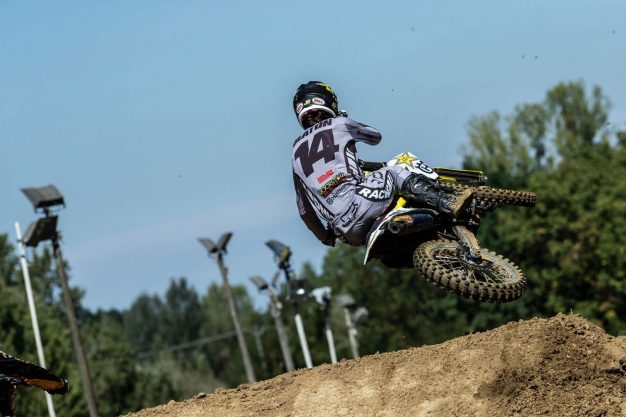 7. Luke Clout fifth at Oakland Supercross:
Penrite Honda Racing’s Luke Clout certainly held his own in the ultra-competitive 250SX series in Monster Energy Supercross this year and proved he has the pace and skills to run with the leaders on multiple occasions. Clout’s best performance came at the Oakland round, where, after a fourth-place heat finish, he grabbed a decent start in the main. He spent most of the race battling with then-points leader Justin Cooper and capitalised on a last-lap crash by Brandon Hartranft to cross the line in fifth – his career-best result in the US and one place ahead of his teammate Mitchell Oldenburg.

6. Josh Strang wins at Camp Coker Bullet GNCC:
Speaking of scoring their best results in years, Team Babbitt’s Online Monster Energy Kawasaki’s Josh Strang broke through for his first Grand National Cross Country (GNCC) win since 2016 at the Camp Coker Bullet GNCC in South Carolina in June. Leading up to the event, the Inverell-born cross-country veteran had been gradually chipping away at multi-time champion Kailub Russell’s leads and finished on the podium at every round, but at Camp Coker the tables turned. Strang and Russell could barely be separated all day, with the Australian holding a slender lead entering the final lap. Strang didn’t let the pressure get to him and, when a desperate Russell crashed into a fence five kilometres from the finish, Strang was able to cruise to a satisfying redemption victory.

5. Jed Beaton third at Faenza MXGP:
After two years of seemingly pushing the proverbial uphill, it was a huge weight off Jed Beaton’s shoulders to stand on the MX2 podium at Faenza, Italy last week. It was the Rockstar Energy Husqvarna rider’s first return to the box since Portugal in 2018 and came courtesy of a consistent 4-3 result from the day’s two motos. Two good starts set the scene and he kept himself out of trouble, despite embroiling himself in a three-way battle with championship contender Tom Vialle and his Husqvarna team-mate Thomas Kjer Olsen for most of the first race. 22-year-old Beaton’s gained some top two moto results this year, but has been caught up in more than his fair share of first-lap tangles, hampering his overall results. He’s fourth in the MX2 standings with 10 round still to run in the pandemic-affected series.

4. Chad Reed 10th at SLC 7 Supercross:
This year was supposed to be a victory lap of sorts for our greatest-ever, Chad Reed, honouring the fans who’d screamed and barracked for him for near two decades. While the COVID-19 crisis cruelly put paid to those plans, Reed didn’t let it stop him putting in a statement ride at the final round of the Monster Energy Supercross championship with a season-best 10th-place result. Sure, it wasn’t a win or a podium, but for a privateer veteran in a stacked 450SX field, the top 10 performance was a stand-out and allowed him to retire from full-time professional racing on a high note. 3. Jett Lawrence third at SLC 5 Supercross:
Geico Honda rookie Jett Lawrence won a tonne of fans after that incredible battle with eventual 250SX West champion Dylan Ferrandis at Anaheim 2. Once Monster Energy Supercross got back under way, Lawrence, who’d returned from a broken collarbone, was eager to make amends. The charismatic teenager delivered at the fifth stop of the Salt Lake City restart, with a scintillating come-through-the-pack performance to finish third in the main. On the opening lap Lawrence found himself outside the top 10, but charged through the field – including past his older brother, Hunter – to claim his first career supercross podium in his debut year.

2. Mitch Evans fourth at Matterley Basin MXGP:
It seems like a lifetime ago, but in the opening round of the 2020 MXGP championship at Matterley Basin, Team HRC newcomer Mitch Evans charged out of the blocks to claim a dramatic third-place result in the opening moto of the championship. A good jump from the gate saw him avoid the early race carnage and push his way Jeremy Seewer for second on the opening lap. Midway through the race Evans surrendered that position up again as he tried to manage a chest infection he was battling with. In the second moto, Evans spun off the gate and finished the first lap in 15th, but pushed hard to climb up to seventh and finish his MXGP debut with a head-turning fourth overall.

1. Toby Price third at Dakar Rally:
Even though a podium result in the toughest race on the planet is a huge achievement, the 2020 Dakar Rally in Saudi Arabia was a tough campaign for two-time winner Toby Price. However, the 2020 race will be remembered for the death of Paulo Goncalves on the seventh stage and Price was the first rider to arrive on the scene and alerted authorities, staying with the popular Portuguese veteran until he was airlifted out. Price finished the stage ‘dehydrated from tears’ and even though he was credited an hour of time for his rescue attempts, he didn’t care. “We are human and this is nothing but a race, I would give up all my wins to have my fellow racing mates back with us,” he stated afterward.