Transition into the premier class confirmed aboard factory FC 450. 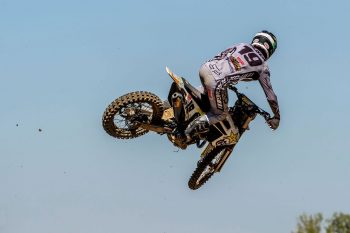 Rockstar Energy Husqvarna has signed Thomas Kjer Olsen to step up to MXGP in a two-year deal beginning in 2021, joining Arminas Jasikonis in the premier class.

The 23-year-old has finished inside the top three for the past three MX2 seasons and will now transition to the factory FC 450 in place of Pauls Jonass.

“I’m really happy to continue with Rockstar Energy Husqvarna Factory Racing, to be staying with the Husqvarna family and moving to the MXGP class with IceOne Racing,” Kjer Olsen said. “I really admire the team, I know they do a great job and I believe that it’s the best team in the MXGP class.

“I’ve been with Husqvarna for my whole MX2 career and we’ve shared a lot of success and I have a lot to be thankful for, but I’m excited about this new chapter of my career and to be moving to MXGP. I’ve tried the IceOne FC 450 bike and it’s unbelievable – I think it’ll really suit to my riding style.

“The MXGP class is so competitive and an exciting prospect. It’s full of established racers, many that have moved up from MX2 in recent years. I hope to quickly find my feet and settle into the class. I’m really looking forward to it all.

“For now, I am fully focussed on the MX2 World Championship. We still have a lot of races to go and then I can look forward to moving over to the new team and begin testing with the FC 450 over the winter months. I’m really excited for 2021 and racing in the MXGP class.”

Rockstar Energy Husqvarna Factory Racing MXGP team manager Antti Pyrhonen added: “Of course, we have been following Thomas since he joined the Husqvarna brand in 2017 and we know that he will be a great fit for our team, alongside Arminas Jasikonis.

“It’s a nice and natural progression to move from the Husqvarna MX2 team into MXGP with us. Thomas is hugely professional, his approach to racing and his results speak for themselves – placing top three in the MX2 World Championship over the last three seasons says a lot about his ability and focus.” 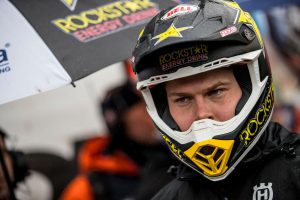