MX2 podium finisher on Faenza, triple-headers and the 2020 season so far.

The eighth round of the MXGP championship at Faenza, Italy, proved to be a breakout day for Rockstar Energy Husqvarna’s Jed Beaton. In a day of tight, competitive racing, the Australian tore to a 4-3 scorecard to grace the podium for the first time since 2018. MotoOnline caught up with the 22-year-old soon after he returned to his base in Belgium to get his Fast Thoughts on another frantic week of racing. 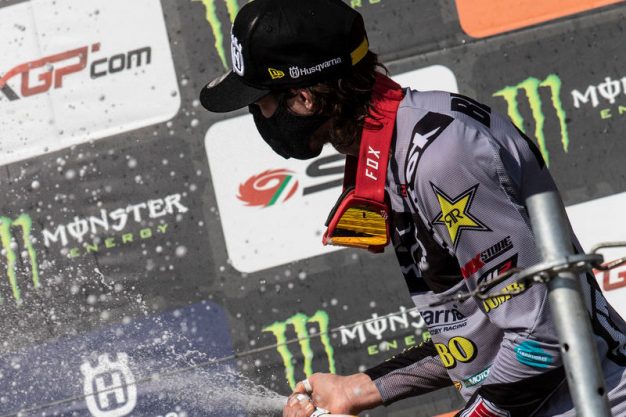 Standing on the podium for the first time this year…

It felt unreal. I haven’t been on the podium since Portugal in 21018, so it’s been quite a long time for me. Last year didn’t go to plan at all and to get this one off my back was a huge sigh of relief – it made all the struggles over the past two years worth it. After two opening moto crashes at the first two rounds at Faenza, I was determined to get through the last day with two clean starts. The first race especially was awesome – I came through from 11th to fourth and my teammate and I caught [Tom] Vialle and had a big battle for second place. It’s been a while since I’ve had a close battle like that and, even though the track was hard to pass on, it was a lot of fun showing a wheel here and there.

I think it’s quite cool that we can bang out three rounds at a time. It can be quite challenging to remain strong at all three races, but at the same time we only do one-day events, so we have time to recover in between. I’ve never raced mid-week races in my life, so that’s taken a bit to get used to. Once you’re there and racing, the three days we have off between the second and third rounds actually feels quite long and starts to drag. Other than that, we’re lucky to be out there enjoying it and there’re no complaints from me as long as we’re racing.

On the whole it hasn’t been anything special. I was speaking with my team manager about it and the motos I haven’t crashed I’ve finished in the top six almost every time. The season started well with some good results at the first two rounds, but then I struggled to get back into the groove after we came back from the six-month break and have been caught up in a lot of first-turn or first-lap crashes. 2020 hasn’t been the best as I’m not currently in a position to fight for the championship, but it certainly hasn’t been the worst. My goal this year was to finish top five in the championship and we’re achieving that, so I’ve got to be happy with where I’m at and hopefully I can battle for the front soon. I always want better results and get pissed off when I don’t get them, but that’s the mentality of a racer I guess. 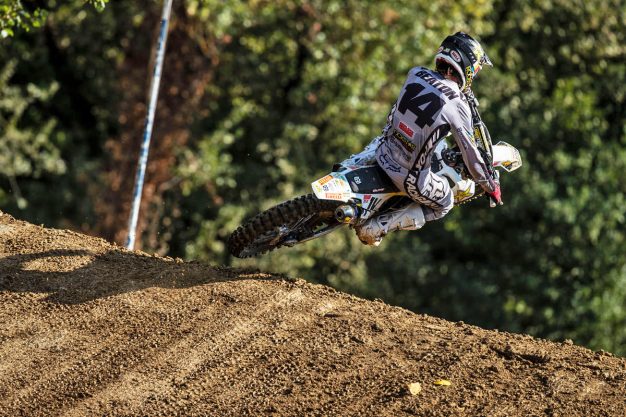 Chances of the calendar changing again…

I’d say there’s a 100 percent probability of that happening. The situation is changing here every single day and there are always countries restricting or allowing events. In Europe countries are zoned as green, orange and red. It’s possible to race in green and orange zones, but if you enter a red zone country you have to quarantine when you get home. I’m based in Belgium, which is orange-zoned and Latvia, which is green, was more worried about us going there, rather than the other way around. I never know the exact numbers, what the situation is, or that sort of stuff as I don’t watch the news.

Lommel will be a home round for me and my team, so I’m really looking forward to being able to sleep in my own bed and roll to the track two minutes away. At the last couple of multi-round events we’ve stayed in a camper from a sponsor and it was unreal. I think if we’d been in a motel room for seven days it would’ve been a lot more difficult. There are only a few teams based here in Lommel now and it’s going to be hard for the other teams to practice leading up to it – we have another triple-header at Mantova, then go to Spain, then we’re into the three rounds at Lommel. That’s a lot of racing in a short space of time, so not many guys will be able to practice in the sand like they usually would.