Yamaha's Renaux breaks through for first-ever overall in MX2 category. Red Bull KTM’s Jeffrey Herlings took victory in the MXGP of Italy on Sunday, the first of three-straight world championship rounds at the Monte Coralli circuit in Faenza.

Herlings swept the round with 1-1 results to extend his lead in the standings, topping Jeremy Seewer (Monster Energy Yamaha) and Antonio Cairoli (Red Bull KTM) in both motos.

Australia’s Mitch Evans continues to make progress, the Team HRC rider going 9-7 for eighth overall and his second top 10 result in a row while recovering from shoulder surgery.

It is Herlings who continues to lead the championship by 60 points over Cairoli, with defending champion Tim Gajser (Team HRC) third after finishing sixth overall on the weekend. 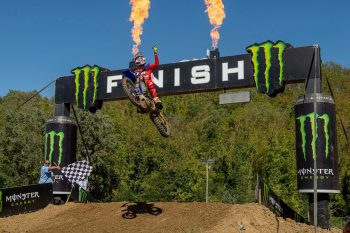 Renaux split the moto victories with Jago Geerts (Monster Energy Yamaha), however, his 2-1 results were stronger than the 1-3 scorecard of Geerts. Completing the overall podium was Tom Vialle (Red Bull KTM).

It is still red plate-holder Vialle who leads the championship by a small margin, three points ahead of Geerts, with Renaux third, but 61 points outside of Vialle.

The 2020 MXGP World Championship will continue this Wednesday, 9 September, as the second of three rounds to be held in succession at the Faenza venue. 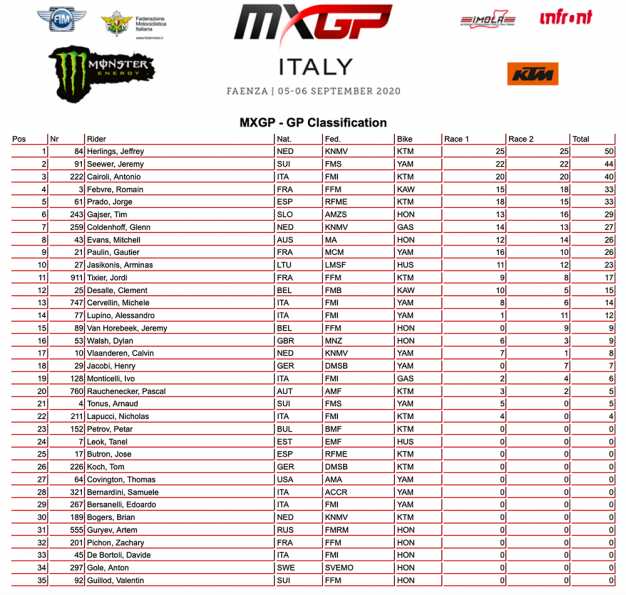