Penrite Honda rider on return home and what's coming up next.

After an eventful Monster Energy Supercross championship in the US where he finished ninth in 250SX West, Penrite Honda Racing’s Luke Clout is now back home preparing for whatever racing opportunities come up next. MotoOnline caught up with the 25-year-old to get a first-hand take of his 2020 experience, two-week quarantine and what’s on the horizon. 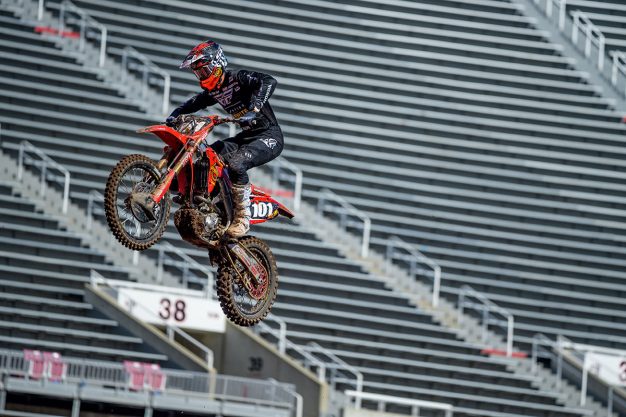 Luke, looking back on 2020 so far, you must be pretty happy with it as a whole. How was your time in the US?

When I look back and there are definitely highs and lows, which I expected as everything is so different and I was racing an entirely new championship. I ticked some of the boxes that I wanted to achieve, but I fell short of a Supercross podium, which was my next goal. The first six rounds were really good, I had a good flow and I was just figuring it all out when the COVID pandemic hit. That really threw a spanner in the works and I stopped riding for a bit, as everything was so up in the air. When the plans firmed up, I was then a bit behind and had a practice crash four weeks before Salt Lake City 1 that not many people know about, did some damage to my back and tailbone. I got checked over in hospital and was then off the bike for two and a half weeks, so I only had a week of riding in before Utah.

That’s not really the ideal way to restart the campaign. Do you think that affected your results there?

For sure. I was still injured and the altitude got to me a bit, but I learnt a lot and got a top five result and I can build on that next year.

Why did you decide to come home instead of try and arrange a ride for the outdoors over there?

The number of COVID cases was going up, there was all the crazy stuff with the riots, and I didn’t have anything set in stone for me to stay there. I knew the outdoors were coming up and people often get injured, so I stayed for a few weeks to scout it out and see if anything came up, but then the pandemic got crazy again and nothing was confirmed, so I opted to come home and see my family and friends. I was over there for about nine months and might look to go back again in a few months time, but I’m sort of playing it by ear. There’s talk of a championship in the works here, so if the timing works out I’ll obviously race that and see how we go.

I’m assuming you had to do the whole two-week quarantine thing when you came back to Sydney?

Yep, I got home at the end of July, arriving at 6:30am and I was in a hotel room by 8:30am for 14 days. I had to go into a different hotel room to my brother, who was next door, but I think that worked for the best as we might’ve ended up killing each other [laughs]! We were lucky we were quarantined in Sydney, so that family and friends could drop things off. My girlfriend dropped off a PS4, so I became a full-time gamer for two weeks, I watched a lot of Netflix, the parents dropped off food and stuff, but generally there was a whole lot of doing nothing, trying to pass the time. 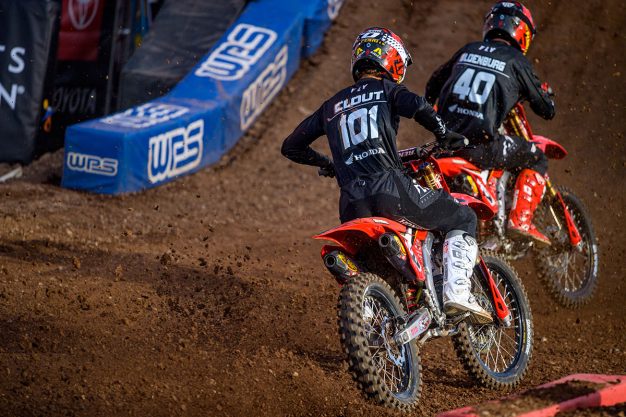 What have you been up to since you got out and how have you stayed motivated?

I think that’s been hard for everyone, right? After quarantine I had another two weeks off, being a normal guy, seeing family and friends and having beers here and there. I’d been training full-time for nearly one and a half years without a break, so I needed to recharge the batteries. I’m back into training now, but there have been restrictions in NSW, so now Sydney riders can’t go to Newcastle to ride or go to the South Coast or anything. I’ve been doing more off the bike stuff and getting back into cycling to manage my fitness, then I’ll knuckle down with a proper program when a schedule is more certain.

What are your thoughts on if or when we’ll be racing this year?

It’s so unknown and I hope we do, but it’s going to be really tough – I find it hard to see it happening. There are a lot of people working around the clock behind the scenes to make it happen and I really hope something comes out of it, but we’ll have to wait and see. The Penrite Honda team sent me a 450 in the US as they want me to race that, so we did some testing there and got a good setting figured out. As a result we’re not behind the eight-ball, even with the lockdowns affecting different Australian states, and we’ll be ready to go whenever the restrictions lift.

You briefly mentioned you’re planning on going back to the US next year. Will that be with Yarrive Konsky and the Penrite Honda team?

That’s the plan as of now. I’m not sure on what coast I’ll race on, but I should be back on the 250 and might race a 450 on the opposite coast if we go racing. When I find out more details I’ll head back across to the States. As of now Yarrive and I have a mutual agreement to work together again next year, but he needs to figure some big things he has in the works and obviously I need to work some stuff out too. Yarrive did a great job for his first year and is keen to continue our relationship – it’s great to have an Australian guy in my corner who wants it as badly as I do.