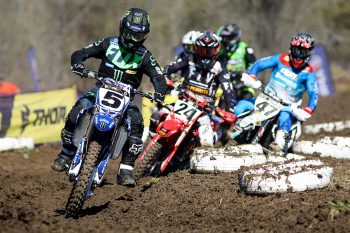 Motorcycling Australia (MA) remains committed to relaunch the Australian Motocross Championship in 2020, despite ongoing delays due to the coronavirus pandemic.

A brief update from the governing body confirmed today that plans are currently taking place to host five rounds within three events in Q4.

The series commencement will depend on the opening of state borders – almost certainly ending any discussion of a hub-style series – and could begin in late October or early November, then run into December.

“Motorcycling Australia advised today that with the current COVID-19 restrictions in place and constantly changing rules around state borders, plans for the 2020 Australian Motocross Championship have been further delayed,” a statement read.

“MA remains committed to hosting the Australian Motocross Championship in 2020 if conditions in the current health crisis allow in the coming months. If border restrictions are relaxed, then we hope to commencement the championship in late October or early November and run through to early December as needed.

“Planning continues around a three-event, five-round Australian Motocross Championship over this period with formats and locations yet to be confirmed. We are aiming to be in a position to announce venues and dates around mid-September, pending further government announcements on COVID-19 restrictions.”

The ongoing delays in relation to the nationals will impact any chance of an Australian Supercross Championship being launched for 2020, since the motocross championship would be taking place so late in the year.