Title race in MX2 heats up following back-to-back round wins for Geerts. 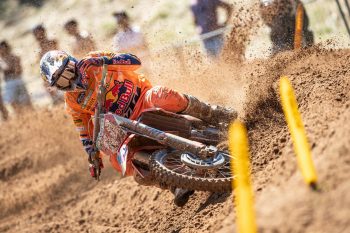 After finishing fourth in the first encounter, Herlings rebounded to win moto two from Antonio Cairoli (Red Bull KTM) and Jasikonis, securing him the overall in what was the third-straight round at the Latvian circuit.

Gajser’s day was turned upside down in moto two when a reported electric issue struck his CRF450RW. Overall for the round, Herlings stood atop the podium in front of Jasikonis and premier class rookie Prado. Australian Mitch Evans (Team HRC) went 12-9 for 10th overall. 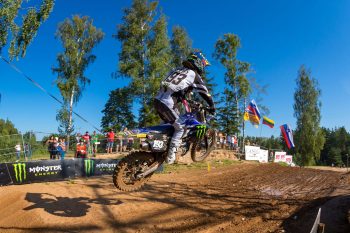 Later, Geerts turned the tables in the final race to lead Vialle and Roan Van de Moosdijk (F&H Kawasaki Racing), which was also the round podium.

Top of the Australians was Jed Beaton (Rockstar Energy Husqvarna) in seventh overall with a 11-6 scorecard, while Nathan Crawford (Team Honda 114 Motorsports) was 14th after riding to ninth in moto one and teammate Bailey Malkiewicz finished 10th with points in both outings.

Herlings now leads the MXGP standings by 46 points over Gasjer and Vialle maintains the MX2 advantage by eight points from Geerts, with round six scheduled to be held in Turkey on 6 September. 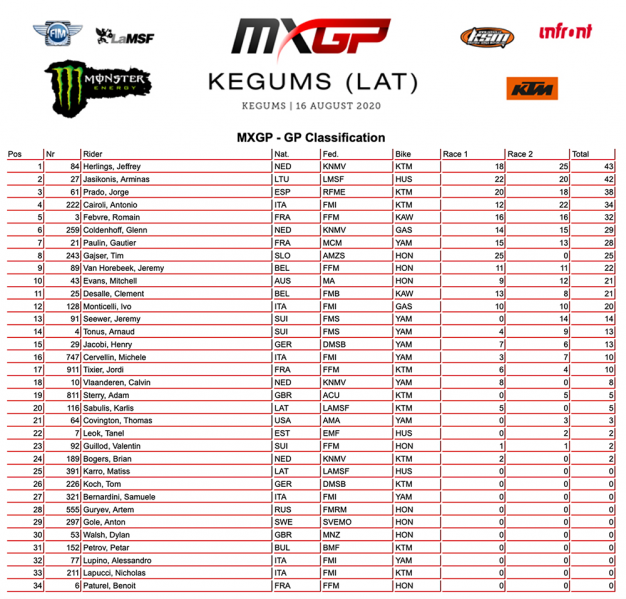 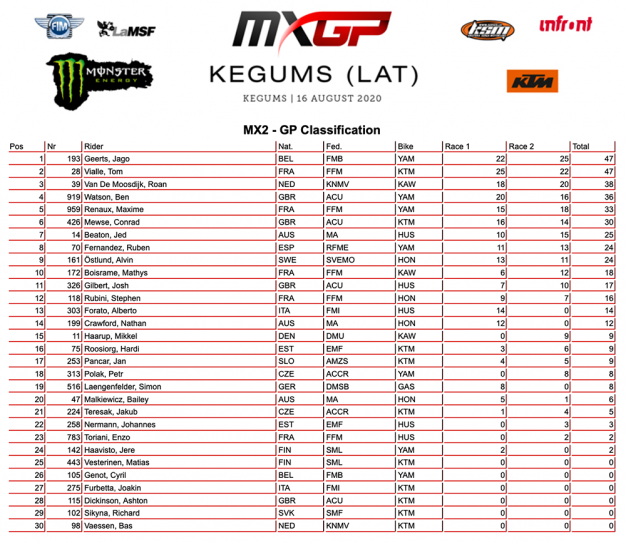