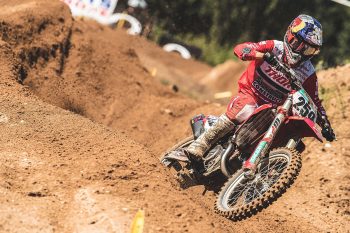 A historic first victory for GasGas in the MXGP World Championship was earned by Glenn Coldenhoff at Kegums on Sunday, going 2-1 for the overall aboard the factory MC 450F.

The first of three-straight grands prix in Latvia, Coldenhoff trailed world champion Tim Gajser (Team HRC) in moto one, before standing atop the podium at the end of moto two.

Overall it was Coldenhoff who took the win ahead of Gajser – who was fifth in moto two – and the consistent Febvre. Current points-leader Jeffrey Herlings (Red Bull KTM) went 4-4 for fifth overall, while Australian Mitch Evans (Team HRC) was 19th on return from shoulder surgery.

Both Beaton and Crawford delivered strong performances in the second outing for sixth and eighth positions respectively, bouncing back from a more challenging opening affair earlier in the day when they were 15th and 14th respectively.

The 2020 MXGP World Championship will continue this Wednesday, 12 August, with a maiden mid-week round for the MXGP of Riga that will again be hosted at the Kegums circuit in Latvia. 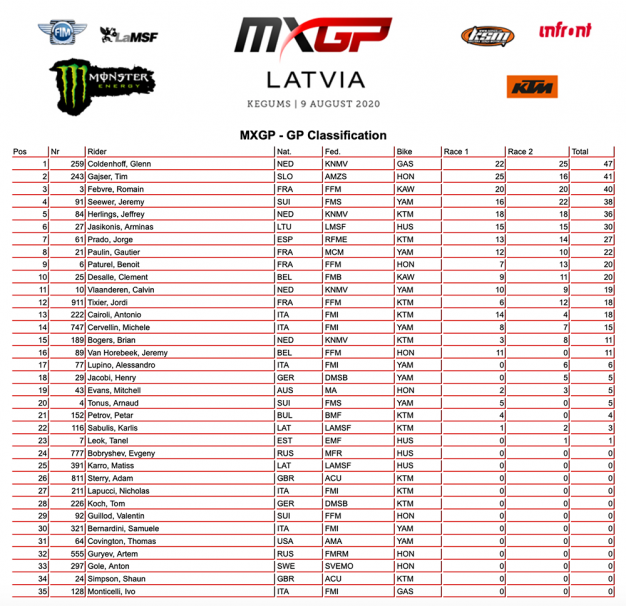