Why, when, what, how and who with the new Serco Yamaha pilot.

After recently transferring to Serco Yamaha and debuting his new YZ250F in Queensland’s Sunshine State MX Series at Gympie, MotoOnline got in contact with 23-year-old Jesse Dobson to ask him Five Questions about his year to date. 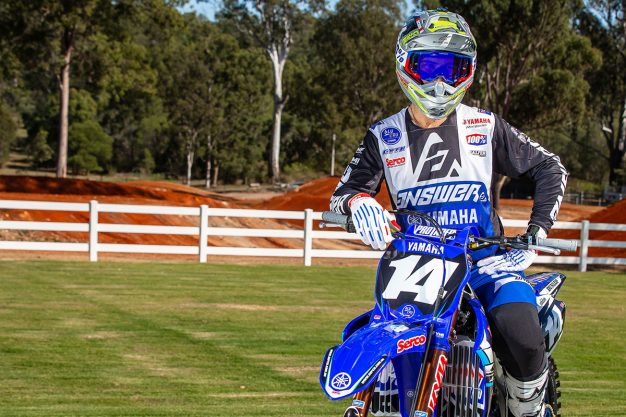 Why have you decided to jump back down to the MX2 class after six years in MX1?

I felt I’d raced in the MX1 for a long time – I moved straight into that field when I turned pro in 2014. As a privateer I couldn’t afford to race a 250 four-stroke as they’re too expensive and it was a lot cheaper to get on a 450. Last year was tough, though. I was still a privateer racing on a shoestring budget and, while I showed some flashes, I didn’t really pull it together. This year I felt I had a good opportunity with a great team to go back and rebuild my racecraft and make a bit of money at the same time. In MX1 I feel like I’ve always been the fifth-placed guy and never cracked the podium, so thought I’d recreate myself. I’m still young and have plenty of time left in the sport.

When did you make the switch from the Recover8 KTM team to Serco Yamaha?

It was announced at the start of July. KTM and Husqvarna were hit quite hard with the COVID stuff and they’d pulled a lot of budget from racing. When a ride opened up at Serco Yamaha, Yamaha and Gavin Eales approached me with a good offer. I talked to KTM and with the budget changes and the MX Nationals up in the air, we came to a mutual agreement to be let out of my contract, which I’m really grateful for. The Recover8 team is awesome and I’m thankful for all the opportunities they gave me at the start of the year. There’s no bad blood or anything there, but I’m now excited for the chance I have to prove myself at Serco.

What do you think of the Yamaha now that you’ve spent a bit of time on it?

It’s a really good package, but different to the KTM I rode for the first six months of the year. Everyone will tell you it’s a big change moving from a European bike to a Japanese bike, but it hasn’t taken all that long to get comfortable on it. The team has made the adjustment easy and their support has been massive. I really like the torque of the Yamaha motor and I just need some more races to be able to show how much I’m enjoying the change. 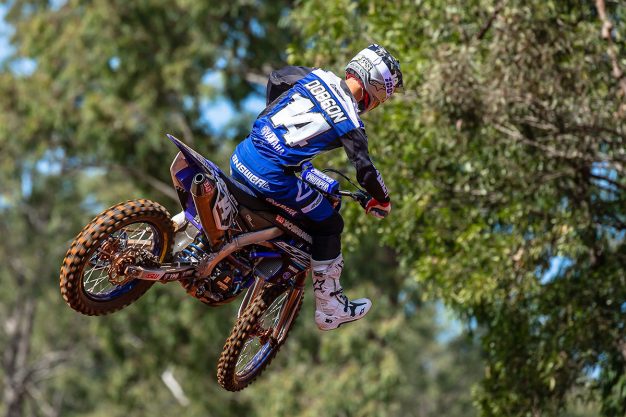 How did it feel to be back racing on the weekend?

It was exciting to be out there, that’s for sure. Even with everything that’s happening I haven’t slowed down my training and I’ve been working closely with Kirk Gibbs, who lives nearby and has the same trainer as me. The MX Farm track on the weekend was good, but I made a couple of bad gate picks and I found the track hard to pass on. I improved as the weekend went on and finished fifth overall, which I’m not super-pumped on, but there were a lot of positives and I’m happy that I now have a good idea on the areas I need to work on. The field was pretty stacked with Jay [Wilson], Aaron [Tanti], Luke Styke was back racing motocross, and Todd [Waters] rode both classes. It was just good being back out racing those guys and putting in some hard laps.

Who’s going to be the Australian with the best results overseas this year?

That’s a tough question! In the MXGP I don’t think you can go past Jed Beaton. I talk to him a bit and he’s working hard, is riding solid and has a good team around him. With his experience over there he’ll be the top Aussie. In the US, it’s hard to choose between Hunter and Jett Lawrence. I’ll probably go Hunter as he’s a hard worker and Jett isn’t proven yet, but it’s going to be interesting to watch how those boys go in a couple of weeks time. They grew up just down the road from me, so I’m stoked to see them doing well.