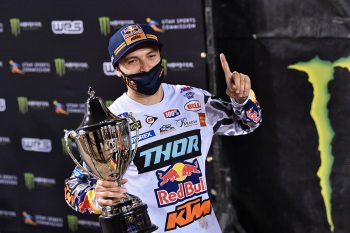 Despite championship leader Tomac mounting a late attack, Webb delivered his second win of the 2020 season by 1.908s at the finish.

It was Zach Osborne (Rockstar Energy Husqvarna) who led the first 20 laps, before Webb took charge with less than four minutes remaining. Tomac soon followed him through for the runner-up, with Osborne holding on for his first podium of the year.

Finishing fourth was Jason Anderson (Rockstar Energy Husqvarna), who was a couple of seconds up on Ken Roczen (Team Honda HRC). Tomac now has a 13-point lead over Roczen in the standings with five rounds remaining, the German experiencing a difficult encounter in the final.

Sixth was an improvement for Dean Wilson (Rockstar Energy Husqvarna) to cap-off a strong evening for the factory Husqvarnas, as Malcolm Stewart (Smartop Bullfrog Spas Honda) recovered from an opening lap fall for P7. Earlier, he won his first-career 450SX heat race.

Round 13 of the Monster Energy Supercross, an FIM World Championship, will once again take place at Rice-Eccles Stadium this Sunday, 7 June. Tomac leads Roczen by 13 points, with Webb now back to within 29 of the lead. 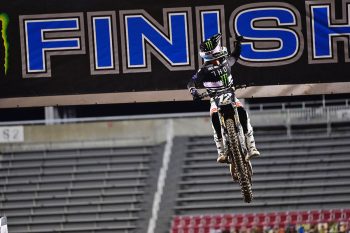 A second-consecutive victory in 250SX East for Shane McElrath has tied him with Chase Sexton in the race for the 2020 crown.

McElrath and Sexton will enter Sunday’s seventh round of the eastern regional series on 140 points apiece after the latter finished fourth tonight.

It was Monster Energy Star Racing Yamaha teammates Colt Nichols and McElrath out front early in the main event, while Sexton lost the front-end on lap two and had to climb his way forward from 15th position.

McElrath hit the front on lap seven and went on to take the chequered flag by 1.846s ahead of Nichols, with Jeremy Martin (Geico Honda) scoring third. He was in front of teammate Sexton, as Garrett Marchbanks (Monster Energy Pro Circuit Kawasaki) took fifth.

The 250SX East championship will continue this Sunday when Monster Energy Supercross heads back into Rice-Eccles Stadium in Utah for the third race in eight days. 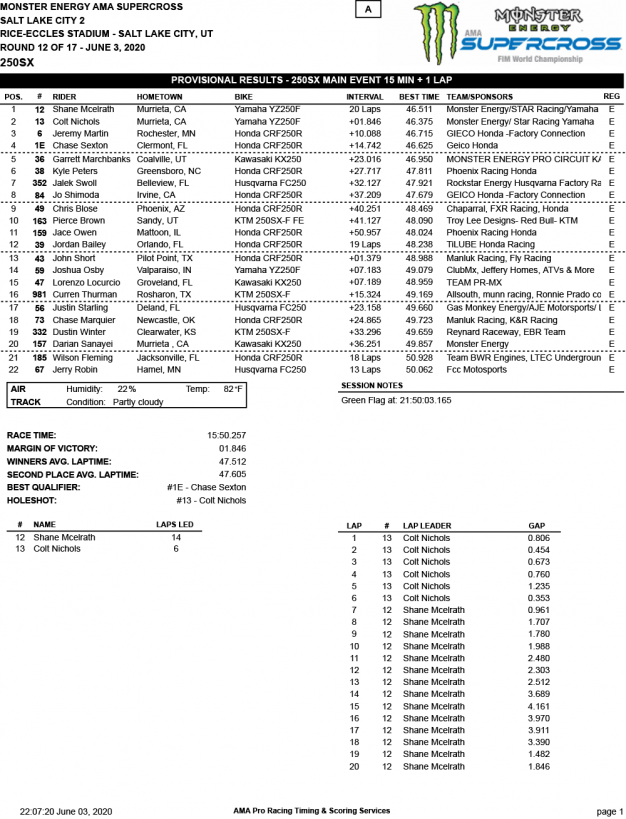