Penrite Honda Racing’s Luke Clout has turned plenty of heads since travelling to the US to contest Monster Energy Supercross. Currently placed seventh overall in the talent-packed 250SX West championship, MotoOnline caught up with Clout to get his thoughts heading into the quick-fire end to the series in Utah. 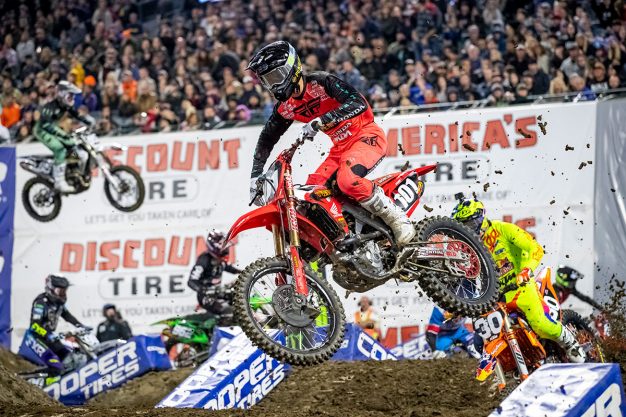 I’m feeling good and definitely excited to be able to go back racing. I know there’s been so much work going on behind the scenes with everything that has been going on, so for us to be back racing so soon is awesome. Our team has decided to get an Airbnb and we’ll stay in Utah the whole time. We want to make it as comfortable as possible for myself and my teammate Mitchell Oldenburg to go and race. I haven’t had the opportunity to check out a lot of the states outside of California, so I’m excited to go there and check out Utah, as well as to go racing.

Living in the USA during the coronavirus pandemic…

It’s definitely been different, obviously living halfway around the world from my family and friends, but I’ve had my brother – he’s my mechanic – and my girlfriend here, which has made it feel pretty normal considering the circumstances. I’ve just been training and riding as much as possible and trying to maintain a sense of normality. Now that there are only limited international flights, we’re monitoring the situation every day and seeing what develops.

Looking back on the season so far…

So far it’s been good, but it has been hard. It’s been a learning process, but at the same time I’ve really enjoyed it. It’s a totally different ball game over here and we’ve seen my results and performances improve as the championship progressed. I was only initially meant to ride four rounds, but pushed that out to six rounds, my results started to improve as each round passed so Yarrive Konsky and I agreed for me to race the last four rounds. It’s lot different to being at home and it has been a challenge to learn everything as I go to each round. The factory bikes here are insane and those guys are world-class riders on world-class programs. I’ve achieved a top five result, which is where I wanted to be – my speed has been good, but we’re always working to improve that. I want to be on the podium and I want to be top five consistently. To have done what we’ve achieved so far, I’m happy with that, but I want more.

Plans after Supercross wraps up…

Honestly, I’m not too sure what will happen once the AMA Supercross championship finishes. With everything that’s going on in the world it’s hard to have a definitive answer. We’ll have to wait and see. 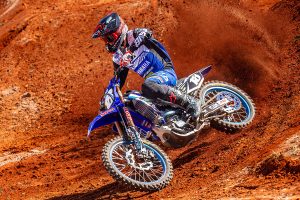 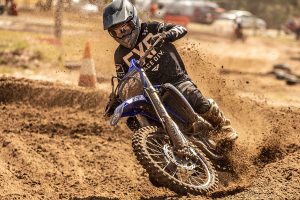 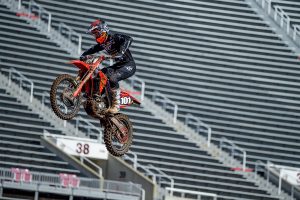