Series open to complete championship or individual round organisers. 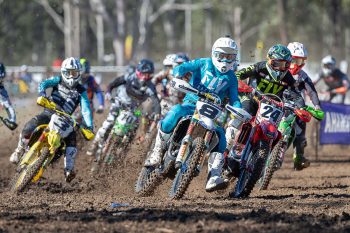 A new promoter could take over the Australian Motocross Championship from 2021 following the departure of Williams Event Management (WEM), despite initial suggestion that the series would be operated internally by Motorcycling Australia (MA).

MA is currently seeking expressions of interest from promoters or clubs that have the structure and support required to host the championship at a national level.

Following over two decades in charge of the MX Nationals, WEM will stand down at the completion of the current season, which will open up the opportunity for incoming organisations to lead the series.

An extensive list of requirements will have to be met if a private promoter is to take over the entire championship from 2021, with MA documentation indicating that ‘a detailed budget, race program, promotional plans, media format and platforms, TV/live-streaming plans, series officials management, overview of the logistics management and a strategy around championship development’ must be provided.

If a suitable organisation doesn’t arise in a bid to take on the full championship, MA would almost certainly take it in-house while cooperating with clubs around the country. That structure would be similar to its current arrangements to host the Australian Off-Road Championship (AORC) and Australian Superbike Championship (ASBK) series.