Listing the races that we're anticipating once coronavirus eases.

We’re in the thick of a dry-spell for events as the COVID-19 pandemic wreaks havoc across the globe. However, there are slightly encouraging signs that the peak is passing and things might eventually resume some sort of normality, whatever and whenever that will be. To keep the anticipation levels high, we’ve collated the events that we’re most looking forward to witnessing this year once competition resumes. Of course, the majority of these races are pending final confirmation and approvals prior to events actually going ahead as scheduled. 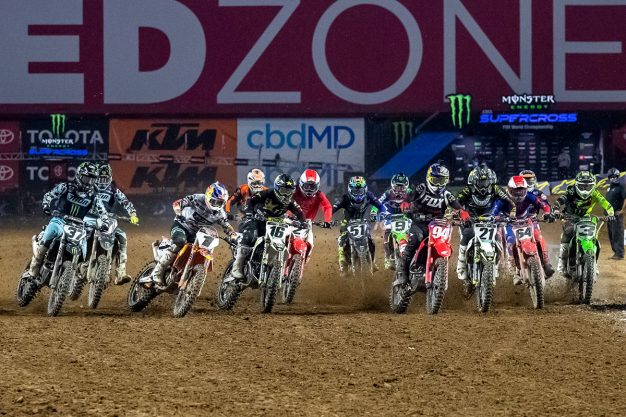 1. Supercross – Rd11 (location TBC):
The 2020 Monster Energy Supercross, an FIM World Championship, battle had been one of the most enthralling, entertaining title fights in years before it came to a grinding halt after round 10. Now, rumours and speculation abound that the remaining seven rounds could be held at State Farm Stadium at Glendale, Arizona, in May-June, in front of a sea of empty seats. There are a multitude of hoops to jump through to make this happen, but there does seem to be an appetite from the industry to wrap the championship up before the Lucas Oil Pro Motocross Championship begins in June. If May proves to be too optimistic, expect to see Supercross back from September once the outdoors has completed for Eli Tomac and Ken Roczen to resume battle.

2. MX Nationals – Rd1 Conondale:
It’s staggering to think that by the time the MXstore MX Nationals storms off the gate for round one, we’ll have almost gone a full year between drinks. Following the announcement on April 14 that the MX Nationals has been postponed again until August, Williams Event Management (WEM) has just released a tentative, revised calendar. The series is now slated to begin on August 9 at Conondale, then hold a two-week on, two-week off calendar essentially until the final rounds at Coolum on October 10-11. With returning MX1 champion Todd Waters and former title-holders Dean Ferris, Kirk Gibbs and Matt Moss all eager to get started, we’re anticipating a fascinating nine-round battle.

3. Pro Motocross – Rd1 WW Ranch Motocross Park:
There’s been plenty of shuffling in the Lucas Oil Pro Motocross Championship and now they’ve arrived at a point where, if they can’t go racing by June 20, they’ll have to start cancelling races. As it stands we’ve still got an 11-round championship on our hands and it’ll be fascinating to see if the same sort of battle happens outdoors between defending champion Tomac and Roczen. Add the return of Marvin Musquin, a focused Cooper Webb and a hungry Jason Anderson, the 450 field promises to be a cracker.

4. Supercross – Rd17 (location TBC):
We already listed round 11 above, which would mean to successful resumption of competition in Monster Energy Supercross. However, considering Tomac and Roczen are just three points apart following Daytona (where Ricky Carmichael’s long said the race for the title really begins), we are in for a spectacular showdown. And don’t rule defending champion Cooper Webb out either. In recent times it’s been difficult to picture an actual finale following a full season, but everybody’s genuinely hoping the series can go all the way!

5. MXGP – Rd19 Patagonia, Argentina:
It’s brewed into a bit of a perfect storm, really. One of the most spectacular tracks on the MXGP circuit will now, for the first time, host the final round of the Motocross World Championship late in November. Traditionally held near the front-end of the season, the MXGP of Patagonia in Argentina has been shuffled back to the cusp of summer. We’re hoping that all the main players are still within a fighting chance of both the MXGP and MX2 titles and we get to witness something special as we celebrate the final high-profile race of the year and slam the door firmly shut on 2020. 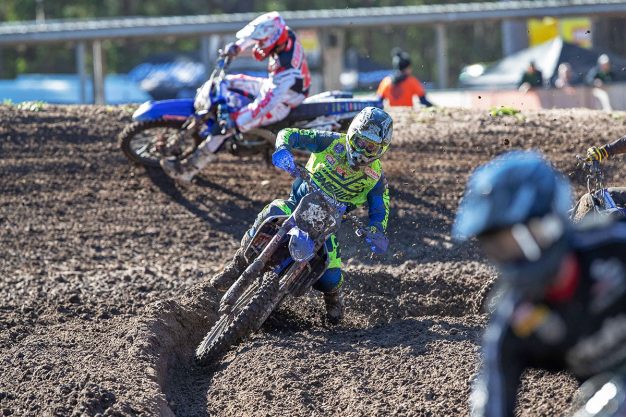 6. AUS-X Open – Melbourne:
Since its inception five years ago, the AUS-X Open has become one of the most anticipated events on the calendar and has gained a worldwide reputation. While the promoters are trying to plan as if it’s still going ahead, there are likely to be a lot of boxes to tick. Social distancing measures, international and domestic travel restrictions, and the prospect of the Marvel Stadium’s priority sport, AFL, being delayed in the calendar year are all hurdles the AUS SX Holdings team will have to clear before they’re given the official green light. We’re keeping our fingers crossed.

7. MXGP – Rd3 Orlyonok, Russia:
A(nother) major revision of the MXGP championship sees the third round of the series now taking place at Orlyonok, Russia, on July 5. Not only is it a spectacular tree-lined circuit on the edge of the Black Sea, but we can’t wait to hopefully see the title fight between current red plate-holder Jeffrey Herlings, defending champion Tim Gajser and all-time legend Antonio Cairoli heat up again after two entertaining opening rounds. There’s also a record number of Australians to cheer on in the MX2 class, in addition to Queensland rookie Mitch Evans in the premier class.

8. Motocross of Nations – Ernee, France:
Traditionally held as the climax race at the end of every nation’s championship, 2020 is currently looking like it’ll be the exception to the rule for the Motocross of Nations. As it currently stands, it’s still scheduled for September 27, with six MXGP rounds to run afterward. It also now falls between the sixth and seventh rounds of the Australian MX Nationals, so the appetite for any of our top domestic racers to commit to it won’t be high and we’re yet to see if travel restrictions will be eased by then. Despite all that, the MXoN is always a rip-roaring celebration of motocross and the bragging rights for the top countries carry well into the proceeding season.

9. Monster Energy Cup – Carson, California:
Wait, what? Isn’t the Monster Cup always at Sam Boyd Stadium in Vegas? Until this year that’s been the case, but the show is moving to Carson’s Dignity Health Sports Park for the first time. The unique formats, $1-million prize purse and the opportunity to see which racers have been putting in the hard work during the off-season means the MEC is always a fascinating affair. At this stage the event is going ahead as planned, although, if the Supercross championship is forced to resume after the outdoors, this date could be moved to accommodate.

10. AORC – Rds 5-6 Nowra:
It’s been a torrid mid-season for the Australian Off-Road Championship. After round four at Dungog was cancelled because of torrential rain, rounds five and six scheduled for Nowra were postponed due to coronavirus and a rescheduled date has yet to be set. A silver lining for the AORC is that it was already scheduled to have a mid-season break until the beginning of August at Murray Bridge, so the disruption has so far been relatively minimal compared to other series. It’s been an interesting championship so far with little separating Luke Styke and Mason Semmens in E1, while there’s just one point between Josh Green and AORC rookie Todd Waters in E2 (Daniel Milner has a pretty handy lead already), while Daniel Sanders is dominating the E3 field.