MA CEO on how the coronavirus crisis is affecting motorcycle sport.

When Peter Doyle stepped into the role of Motorcycling Australia (MA) CEO three and a half years ago, he proved he wasn’t afraid of a challenge. Now, with the current situation that Australia – and sport in general – faces with the coronavirus pandemic, Doyle is on the frontline of the industry’s toughest battle yet. MotoOnline caught up with him to find out how much of an impact COVID-19 is having on race calendars, the organisation and motorcycling as a whole. 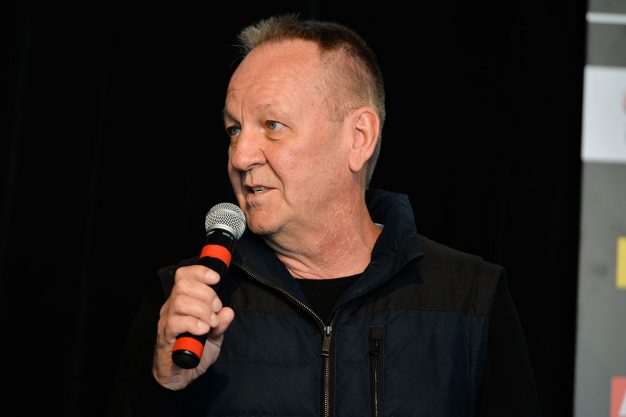 Peter, no doubt the past couple of months have been a crazy, frustrating and anxious time for you and Motorcycling Australia staff. How has everyone been holding up so far?

Staff morale and the mood in the office is actually reasonably good considering the circumstances. There’s a fair bit of anxiety about what happens in the next two months and everyone’s hopeful this will blow over by the end of May. We have a plan until then, but we’re in the hands of the regulators as far as what they decide to do. Things are constantly changing from a national standpoint; none of our events can comply with local legislation from a population restriction point of view, so we have no choice but to postpone or cancel events. Some state activity – small, regional club level social ride days where there are 20-30 riders – is still taking place, but it’s very slow and also shrinking.

This situation has some pretty major potential financial implications for MA. How are you dealing with those and what plans are in place?

Natural cost-cutting is happening. Two weeks ago we stopped all travel for staff, board and managers and everything’s being done by video and teleconferencing. We’re cutting expenditure and staff are encouraged to take holidays early, which reduces numbers in the office. Looking at the rest of the world, you’d have to be mad to say ‘this isn’t going to affect us’. We’re taking steps already and they’re reviewed almost daily against what we receive from the regulators

This week it was announced that the Australian Four-Day Enduro has been cancelled this year. What can you tell us about this?

The reasons there are some delays in announcing cancellations is we wanted to be certain about the decisions we make. We don’t want to say something’s cancelled, then later on say, ‘no, it’s back on’. The four-day is on both private and public land and requires quite a lot of council approval, so moving the event on the calendar is difficult. It took a while to work with the club and the council to try and find alternative dates, but the same club will now hold the four-day in 2022. Next year it’s scheduled for WA, then it’ll return to the same club and location the following year. We wanted to be able to give people some positive news, especially the club that’s put a lot of time and effort into organising it for this year. 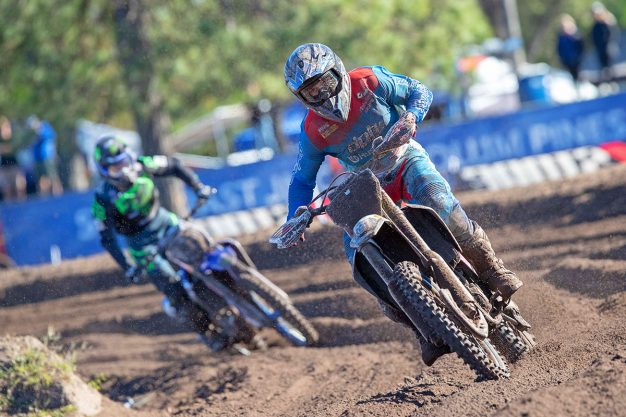 With the MX Nationals, Conondale will now be round one instead of five, with five events then expected to be jammed in before the supercross championship. It’s going to create quite a tight turnaround between the two series now, isn’t it?

The supercross championship will probably get pushed back a little bit. That way we can run the MX Nationals well into September. We’re hopeful that in the best case, all rounds will go ahead. In the worst case we might lose one round. Considering the current situation, it’s not looking too bad.

We understand there’s a second calendar being penciled up at the moment. Is there any update on when that’ll be released?

That probably won’t be finalised until after the next major government announcement, which isn’t due until mid-April. We probably won’t have a lot of updates on national events until that time. We’ve looked at everything up until May and we’re looking at some of the early June events now, to make sure they’re still feasible. We have to monitor those.

What about the major international events, such as the Motocross of Nations, the International Six Days Enduro and the Junior Motocross World Championships? Given the current global situation, I’m guessing there’re quite a few question-marks over Australia’s involvement in these.

I don’t believe the ISDE can go ahead at the location it’s currently scheduled at, as it’s deep in Italy – I just don’t think that’s an option. We’re in constant communication with the FIM. It’s quite easy to participate in those European events when you’re in Europe, but that doesn’t always work for us as we have long lead-times with shipping containers. If we have no information by mid-April, we’ll have to make the decision ourselves. The MXoN and World Junior Motocross Championships are still a fighting chance and, again, we have to be led by the FIM on those. To be honest, I’m not confident about any international teams, but we’ll hang in there as long as we can to hopefully pull something together.

Are there any plans in the pipeline to provide compassionate considerations or licence extensions to riders who’ve been affected by this situation and haven’t been able to take part in any events?

Once we know the full extent of what’s going on, that will be discussed. It’s difficult right now to give everyone a one-month extension, then find out that it’ll have to be three months. There’re so many factors we have to work through, such as the type of licence and when they were purchased, but it’s been tabled. 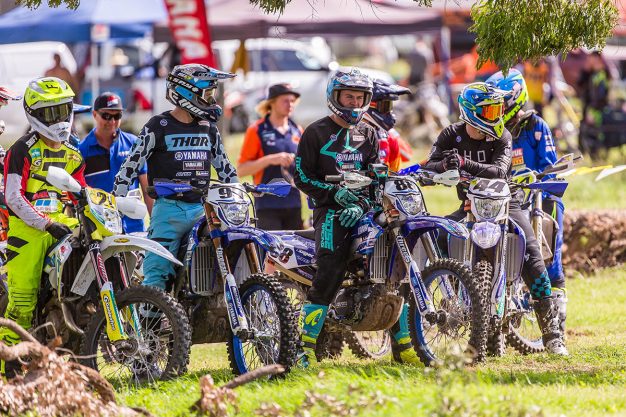 Any extensions or compensation would then hit MA’s bottom line then too, though, wouldn’t it?

Yes. No matter what we do, it’s going to cost money. That’s the decision we have to make as a collective group, as a lot of the states’ money comes from licences. So it’s not just MA, it’s the states too and they have a say as well. We’ll have to consider what they want to do.

Personally, if you were going to put a bet on it, how long do you see this current situation lasting?

If I was a betting man, I think we’re looking at somewhere around mid-year, so three to six months before it improves. But I’m not a doctor or health professional and can only go off what we see in other countries. However, we have to be prepared that if they don’t find something to combat this virus, the situation could go on a lot longer.

What do you perceive will be the long-term implications that COVID-19 will have on the sport?

I think motorcycling racing has never faced this type of situation before and it’ll be its toughest challenge by far. There will naturally be cost-reductions in the sport – AFL has laid off 80 per cent of its staff – so you’re almost rebuilding from scratch. If this goes on for six months, it’ll devastate not just motorcycle racing, but every sport. To be honest, I don’t see a recovery in my lifetime. I think, yes, it’ll get better and improve, but to get back to where it is now is a long time away. I’m sure we’ll lose people from the sport who will never come back, so it’ll be a long, slow rebuild.

Is there anything MA can do to help with that rebuild?

Absolutely. We’re going to have to market the sport better and the whole industry needs to be involved. You’d hope we can work closely with the industry – motorcycle manufacturers, distributors and importers here – to work together to rebuild it. What benefits us, benefits them. Everyone plays a part and we will need to band together to help bring motorcycling back from these challenging days.