Racer comments from the third round of AORC.

A selection of riders detail the round three of the Yamaha Australian Off-Road Championship (AORC) in Dungog. Team and privateer competitors can submit comments to [email protected] by Monday afternoon after events for inclusion in the post-event Quotebook feature. 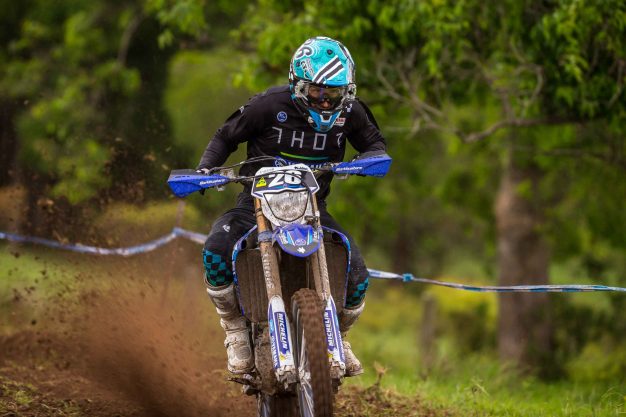 Luke Styke (Yamaha Active8 Yamalube Racing) – First:
It was good to come into the weekend feeling healthy and ready to race. The opening weekend was tough as I was carrying an injury and then sustained a pretty good head knock during the event, so it was good to be fresh and ready to go here at Dungog. I was able to have a good run and win on Saturday. It was disappointing that we couldn’t race Sunday but the amount of rain we had meant completing the course and getting medical to all areas would be difficult, so the decision was made to call it off and I completely understand it. The tests on the weekend were good and we were fortunate to get the majority of them done before the rain came. I have got the points lead back now and the plan is to not let it go until the championship is done.

Mason Semmens (KTM Enduro Racing Team) – Second:
The enduro format was new to me, so I learned a lot on the trail and with the tests in between, which was good. My day wasn’t too bad, finishing second in class, even though we always want to win. I look forward to doing some more enduro and really picking it up further, plus Dungog was a good location to gain further experience. It would have been nice to race on the Sunday, but it is what it is and we’ll move onto the next one now 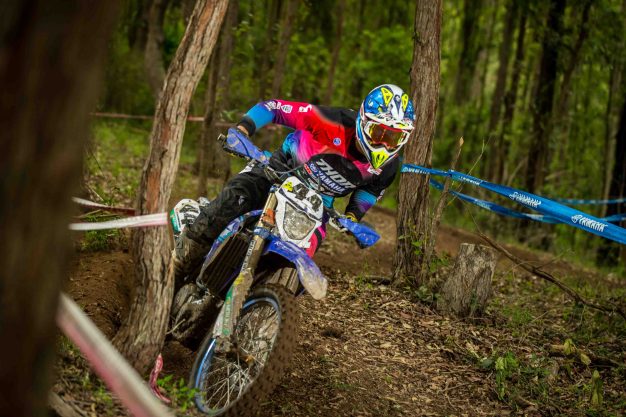 Daniel Milner (KTM Enduro Racing Team) – First:
I always seem to gel with the enduro format and am able to get the best out of them in the tests. It’s definitely something that I enjoy doing and my results were pretty much perfect, so it was a flawless day. I made sure we stayed consistent, got through cleanly and it was a really good result for us. I understand why we couldn’t race today, but for me it was definitely a shame because I’ve been feeling really good on the bike – the 2020 KTM 450 EXC-F is unbelievable. It’s the best package that I’ve had so far and we’re enjoying going racing a lot, which shows in the results.

Jeremy Carpentier (Yamaha MXstore Ballards Off-Road Team) – Fifth:
I’m much happier with my riding this weekend, my fitness was perfect as I had time to build it back up after the first two rounds! I still have speed to pick up and I’m really looking forward to a little gap now to work on this ready for the next rounds. My bike didn’t miss a beat all day and it was a lot of fun riding with everyone before the rain come down.

Josh Green (Yamaha Active8 Yamalube Racing) – Third:
It was a bit of an up and down weekend for me with some good test times but also a couple of ordinary ones that hurt me at the end of the day. I think there were a few top three times in tests but there was also some way down in the top 10 when I fell off. No rider can afford to be inconsistent in a championship as competitive as this. Still, despite the mistakes, it’s still good to be on the podium and leave here healthy. I’m second in the championship but only two points separate three riders and we still have a lot of racing to go.

Andy Wilksch (Husqvarna Enduro Racing Team) – Seventh:
My only goal when I got injured was to be back for Dungog, which I’m really happy about and it was good to be there with the Husqvarna Enduro Racing Team getting that experience together. To finish and get the result that we did was a bonus, really. I felt as though my body held up okay, surprisingly well actually, and my times were inside the top 10 outright in a fair few of the tests. It was definitely a good weekend considering the lack of bike time that I’ve had so far this year. 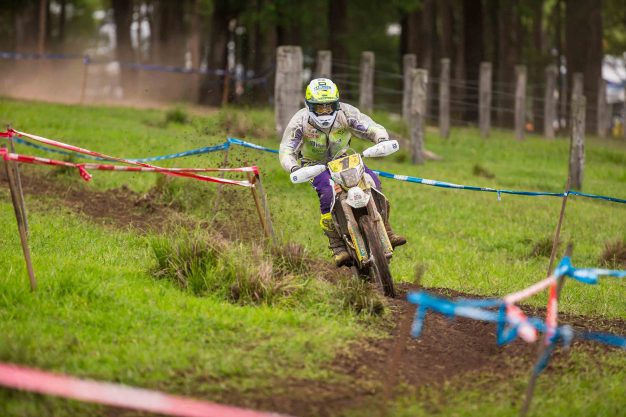 Daniel Sanders (Husqvarna Enduro Racing Team) – First:
It’s always a good enduro at Dungog and it was positive to win the E3 class on Saturday. We made some changes with the bike going into the weekend, we’re still moving forward and I’m getting fitter as well, so it was a good weekend. There is a lot of room for improvement overall, so we will get back to work and look forward to the next round. Sunday didn’t go ahead, which was unfortunate after it rained all night, so that was their decision and it was fair enough.